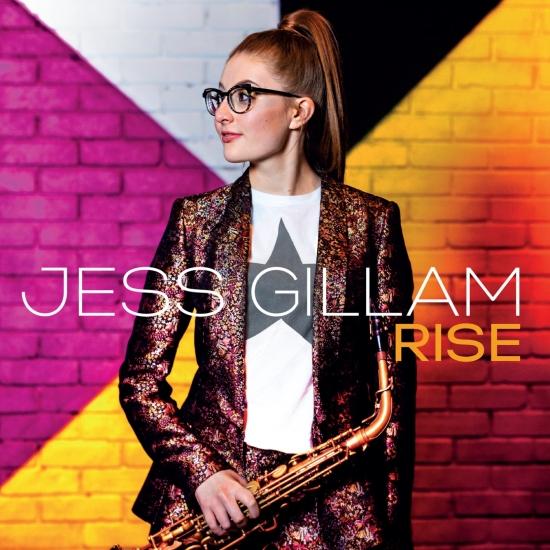 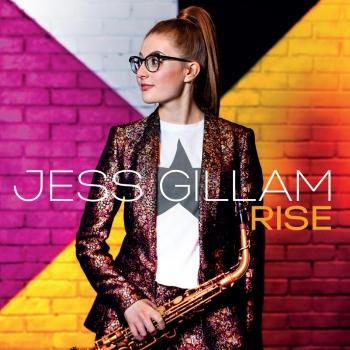 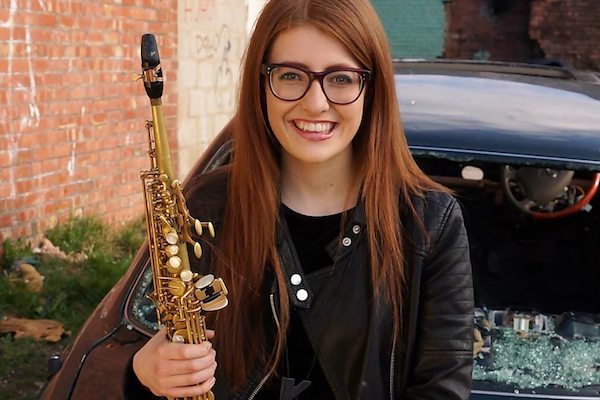 Jess Gillam
The 2017/18 season ended on a high for Jess Gillam who closed the 2018 BBC Proms in great style with three appearances in the world famous ​‘Last Night of the Proms’ – performing as part of Radio 2’s ​‘Proms in the Park’ before heading across to the Royal Albert Hall to join the BBC Symphony Orchestra and Sir Andrew Davis for Milhaud’s Scaramouche, and a duet with star baritone Gerald Finley. This was Jess’s fourth appearance at the Festival following two performances in 2017 and a cameo at the 2018 BBC Young Musician Prom celebrating 40 years of the competition, which brought her into the limelight back in 2016.
In June 2018 Jess made her international debut with the Gothenburg Symphony and Santtu-Matias Rouvali, and her international appearances build rapidly this season including concerts with the Tampere Philharmonic, at l’Auditori Barcelona, a Swiss debut opening the season at the Argovia Philharmonic, and her US debut recital at the acclaimed Philip’s Collection series in Washington D.C. Jess was named one of WQXR’s ​‘19 for 19’ Artists to Watch, playing at the launch event in New York. She also appears extensively in recital throughout the UK and performs with orchestras including the BBC Philharmonic (Ben Gernon), BBC Concert Orchestra (Bramwell Tovey), Royal Northern Sinfonia (Jessica Cottis) and Manchester Camerata.
Jess records exclusively for Decca Classics and will release her first album ​“RISE” on 26 April, which features a selection of her favourite pieces ranging from Marcello and Shostakovich to David Bowie and Kate Bush. Her first three singles were published throughout the season: Milhaud: Scaramouche Suite - 3. Brazileira; Iturralde: Pequeña Czarda and Nyman: The Diary of Anne Frank – If.
Jess programmes and presents shows on TV and radio — being the youngest BBC presenter ever, she will launch her own Radio 3 Show called ​‘This Classical Life’ in April 2019 and continues to host the BBC Young Musician podcast with Sam Becker and Zeynep Özsuca. In February 2019 she performed at the British Academy for Television Awards (BAFTA’s) at the Royal Albert Hall, wowing A-Listers and Royalty as well as millions of viewers. She also recently featured in a documentary celebrating the 40th Anniversary of the BBC Young Musician Competition. Throughout the 2018 Proms season Jess appeared in a weekly slot on BBC Radio 4’s Today programme alongside veteran broadcaster James Naughtie, and she has presented an episode of Saturday Classics on BBC Radio 3.
She was the recipient of a Classic Brit Award in the Sound of Classical Poll 2018 which promotes the best emerging artists and ones-to-watch in classical music. As well as being a Vandoren UK Artist, at just 13 she became the youngest ever endorsee for Yanagisawa Saxophones and she is also a patron for Awards for Young Musicians. Jess also promotes her own series of concerts, bringing international talent to her hometown of Ulverston.
Jess studies at the Royal Northern College of Music with an ABRSM Scholarship, and is mentored by John Harle. She is very grateful for the support she has received from the Young Classical Artists Trust.