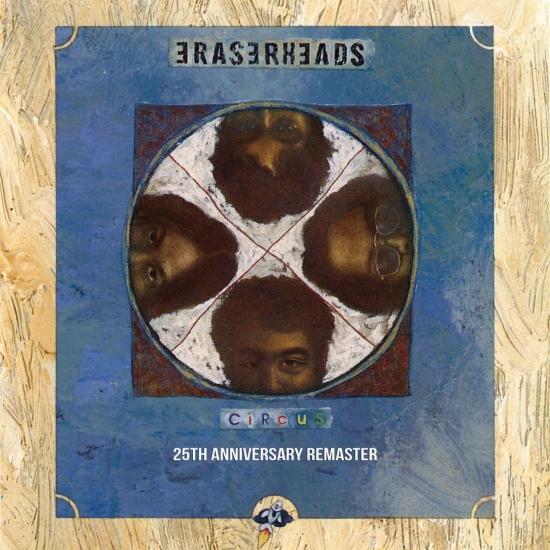 "Circus" is the second studio album released by Filipino alternative rock group Eraserheads in 1994. Hits from Circus are "Alapaap", "Sembreak", "Kailan" (originally a musical number from the play Manhid by Auraeus Solito), "Magasin", and "With a Smile".
"The Eraserheads are one of the Philippines' most popular rock bands, and in 1994, they released one of their best-selling and most popular albums, Circus. The band is often compared to the Beatles, and indeed on Circus, the Eraserheads display much inventiveness and an eagerness to tackle various types of music, as did the Beatles. The Eraserheads also try to make snappy melodies. However, where the Beatles' melodies were substantive, the Eraserheads' melodies often sound lightweight and fluffy, like "kiddie pop," as heard on a number of songs here, including "Sembreak" (slang for Semester Break), "Alapaap" (Cloud), "Kailan" (When), and "Butterscotch." Even the band's attempts at thrash and hardcore miss the point, as heard on "Insomya" (Insomnia), where the vocalist's strained ranting and the hard-edged guitars sound inauthentic and superficial, as though the music is pseudo-hardcore. The same goes for "Alkohol" (Alcohol), which postures as a hard-edged rock song, but is permeated with a kiddie pop outlook. It should be pointed out that in the Philippines, the Eraserheads are often called an "alternative rock" band, but that is because the dominant sound in the country is soft, easy listening music, and the Eraserheads provide an alternative to the mushy love song. Actually, the Eraserheads are just a rock band with leanings toward pop, and on this album, not very substantive pop." (David Gonzales, AMG)
Ely Buendia, vocals (tracks 2–5, 8, 10–11, 13–15, 17–18), acoustic guitar, tambourine
Marcus Adoro, electric guitar, vocals (tracks 1, 6, 12, 16)
Buddy Zabala, bass, keyboards
Raymund Marasigan, drums, vocals (tracks 7, 9–10)
Additional musicians:
Carmina Villarroel, vocals (track 17)
Digitally remastered 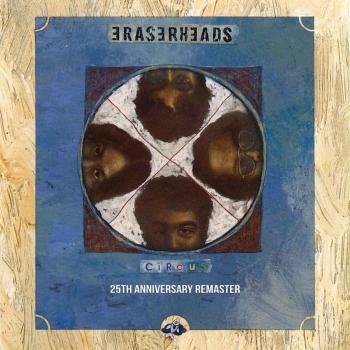 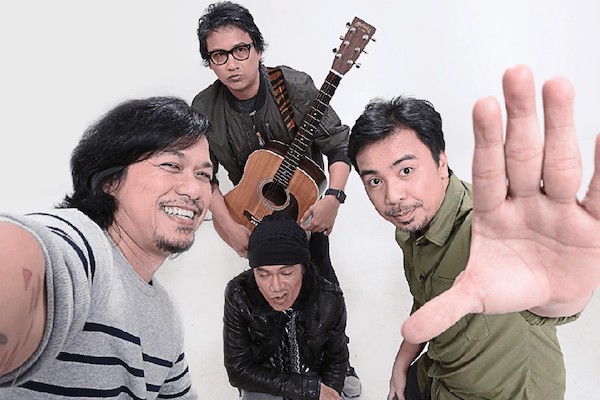 The Eraserheads
are one of the most important artists in the history of Pinoy rock music. Often described as the Philippines' own Beatles, the Eraserheads brought their melodic guitar rock and keen wit from Manila's underground scene and into the mainstream. The group can be compared to Nirvana in how they knocked superficial pop from the airwaves and the charts, triggering a wave of commercial acceptance for alternative music. The Eraserheads formed at University of the Philippines in 1989. Schoolmates Ely Buendia (lead vocals, guitar), Marcus Adoro (lead guitars), Buddy Zabala (bass), and Raymund Marasigan (drums) played covers at several universities. The band became disillusioned at how poorly they remade other artists' songs so they began writing their own. In 1990, the Eraserheads started performing at the alternative hotbed Club Dredd, quickly establishing an impressive fan base. However, record labels were not interested in the group, and their demo album, Pop-U, faced continual rejection until the band produced a new version of one of its tracks, capturing the attention of BMG Records (Pilipinas). In 1993, the Eraserheads released their first album, Ultraelectromagneticpop, for the label. The record was a bona fide smash. Just as Nirvana achieved stardom in America with stripped-down rock and an unassuming image, the Eraserheads topped the charts in Manila with their independent spirit and distinctive sound. In 1996, the Eraserheads' album Cutterpillow went gold via pre-release sales before record stores even had copies; the album was eventually certified platinum eight times, the highest-selling album ever in the Philippines. In 1998, the band extended its visibility beyond the Philippines by releasing a compilation of remastered greatest hits, Aloha Milkyway, to the Asian market. In 1999, the Eraserheads even received limited airplay on the influential Los Angeles alternative rock station KROQ. In 2001, the Eraserheads released Carbon Stereoxide. (Michael Sutton, AMG)