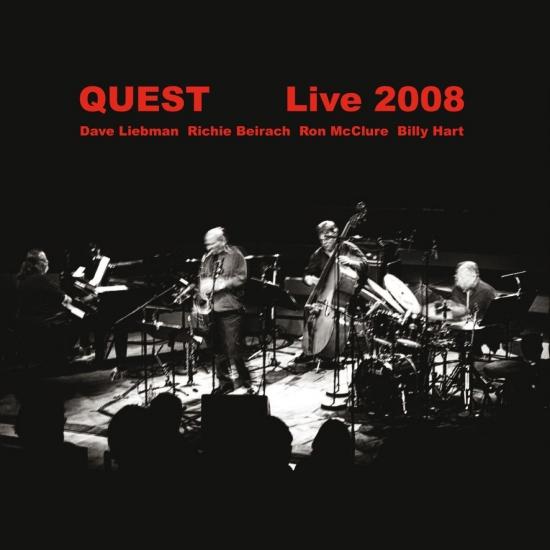 „David Liebman formed a quartet dubbed Quest, in partnership with longtime running mate pianist Richie Beirach, after the dissolution of the acclaimed band Lookout Farm. Quest was short-lived, but has been revived with three original members and second-edition drummer Billy Hart, who took over for original drummer Al Foster, for this live in-concert performance, part of a European concert tour in 2005, 15 years after the group split. The specter of John Coltrane, always prevalent in the expressive tenor and instantly recognizable overblown soprano saxophone sound of Liebman, is even more pronounced as his signature. Beirach, always a brilliant modern jazz pianist, digs deeper than ever and shows a mature, thoughtful, less reckless identity while continuing to reinvent phrases and stretch parameters. Both are rarely cliché. With original bassist Ron McClure and drummer Hart, Quest's cats are on a mission to break down barriers and go further beyond what they explored in their previous life. Of the three standards ''Round Midnight' starts with spatial soprano and piano merging to pure energy, 'Dark Eyes' gets a modal, lilting 6/8 treatment, surging, swinging hard, and slowing in dynamic repose, while 'Lonely Woman' is shaded in eastern Indian elements with Liebman on wood flute. Coltrane's 'Ogunde' revels in free no-time with Beirach suggesting Oriental or Middle Eastern motifs, and Hart's near-20-minute 'Redemption' defines the reunion, freezing floating time borrowing a phrase from 'Lonely Woman' before bopping the bridge, asserting freedom in a long postlude passage, and generally reviving the unique team spirit that made this band initially notable. Perhaps the centerpiece of the performance is 'WTC/Steel Prayers,' a paean to 9/11. You hear and physically feel the apathetic normalcy, increased tension, sudden impact, palpable panic, smoky aftermath, stunned quietude, and non-plussed disbelief -- it's all there. This is a very good representation of what Quest briefly was all about, and on occasion one would hope could remain to be.“ (Michael G. Nastos, AMG)
Dave Liebman, saxophone
Richie Beirach, piano
Ron McClure, bass
Billy Hart, drums 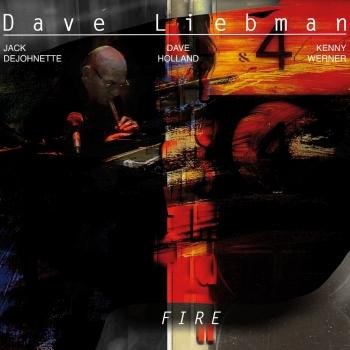 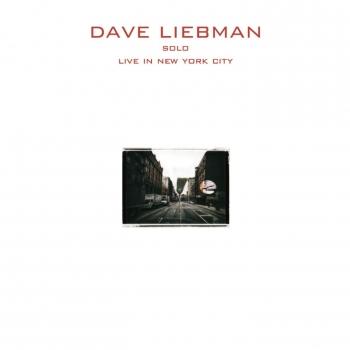 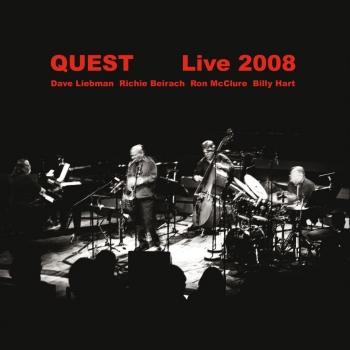 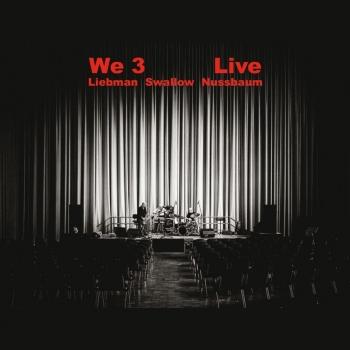 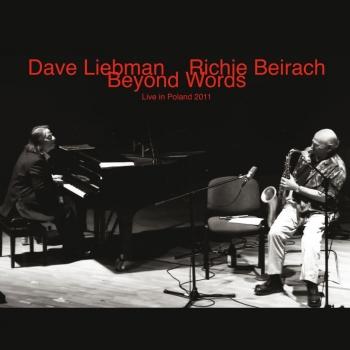 Dave Liebman
David Liebman’s career has spanned nearly five decades, beginning in the early 1970s as the saxophone/flautist in both the Elvin Jones and Miles Davis Groups, continuing as a bandleader since. He has played on over five hundred recordings with nearly two hundred under his leadership and co-leadership. In jazz education he is a renowned lecturer and author of several milestone books: Self Portrait Of A Jazz Artist, A Chromatic Approach To Jazz Harmony And Melody, Developing A Personal Saxophone Sound (translated into multiple languages), in addition to teaching DVDs, journalistic contributions to periodicals and published chamber music. Lieb‘s autobiography What It Is-The Life Of A Jazz Artist (Scarecrow Press) is a fascinating look into Lieb’s career. His bands over the years have included noted musicians such as John Scofield, Richie Beirach, Bob Moses, Billy Hart and others. The current group Expansions features some of the best of the younger generation. Lieb is the Founder and Artistic Director of the International Association of Schools of Jazz (IASJ) existing since 1989, which is a worldwide network of schools from nearly 40 countries. Liebman’s awards, besides the NEA honor include the Jazz Educators Network (JEN) Legends of Jazz (2013); the Order of Arts and Letters (France 2009); Jazz Journalist’s award for Soprano Saxophone (2007); Grammy nomination for Best Jazz Solo (1998); Honorary Doctorate from the Sibelius Academy (Finland-1997). He is currently Artist in Residence at the Manhattan School of Music and guest lecturer at both the University of Toronto and Berklee College of Music. Dave has consistently placed in the top positions for Soprano Saxophone in the Downbeat, Jazz Times and JazzEd polls since 1973.