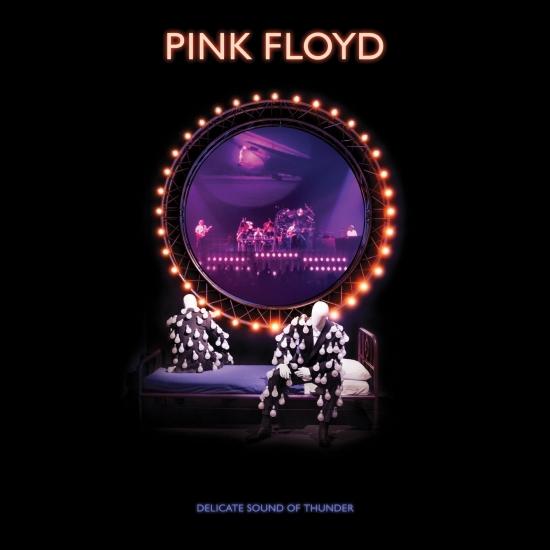 The Pink Floyd of the late 1980s was an altogether different proposition to the band that had grown to prominence since the late 1960s. After ‘The Final Cut’ in 1983, frontman, bassist and lyricist Roger Waters quit to go solo, assuming that without his stewardship, Pink Floyd would quietly die. Feeling himself suddenly liberated, lead guitarist David Gilmour had other ideas. Following an infamously bitter legal wrangle over the rights to record as ‘Pink Floyd’ (Gilmour won), the band carried on without Waters and charted a new direction.
‘Delicate Sound of Thunder’ retains is freshness, and its sound is bolstered by the army of backing singers and guest musicians who are brought on stage to perform. Fans can’t help but notice an absence of tracks from 1983’s ‘The Final Cut’, the album recorded under fractious circumstances. However, all of their big successes from the 1970s are included. Understandably, The Dark Side of the Moon gets a good airing (‘Time’, ‘The Great Gig in the Sky’, ‘Money’, ‘Us and Them’). There’s also most of the 1975 ‘Wish You Were Here’ album, and ‘Run Like Hell’, ‘Comfortably Numb’ and ‘Another Brick in the Wall Part 2’ from 1979’s ‘The Wall’. Only 1977’s ‘Animals’ is conspicuous by its absence. The rendition of classic tracks will appeal to the purists. Although played live (having been recorded in studio) at a distance of a decade or more, they are encapsulated perfectly, and played with very little deviation from the established album tracks. Everyone will have their favourite, but for me, it’s hard to beat ‘Comfortably Numb’, taken to whole new levels of bombast here.
Pink Floyd
Additional musicians:
Jon Carin, keyboards, vocals
Tim Renwick, guitar, vocals
Guy Pratt, bass, vocals
Gary Wallis, percussion
Scott Page, saxophone, guitar
Margret Taylor, backing vocals
Rachel Fury, backing vocals
Durga McBroom, backing vocals
Digitally remastered