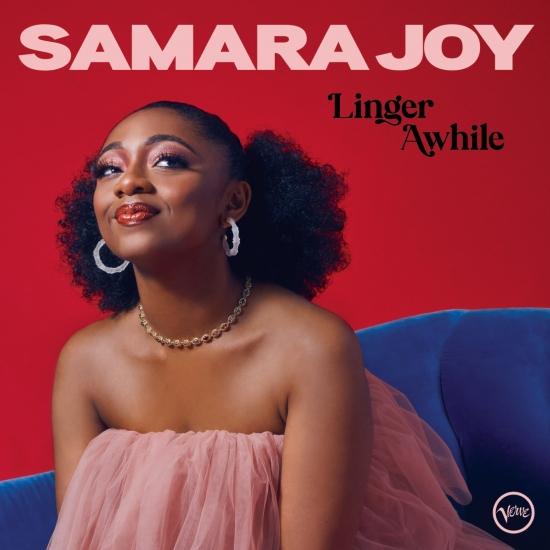 Simply put, Samara Joy is next. Her Verve debut shows that, at just 22 years old, with a voice, tone, and phrasing that harkens back to the most iconic jazz vocalists of all time, Samara belongs in the company of iconic label mates from Ella Fitzgerald to Sarah Vaughan to Billie Holiday. Samara is remarkably savvy on TikTok and Instagram, fostering a community of devoted followers fully through organic means. She is poised to be a household name, synonymous with timeless jazz music.
Vocalist Samara Joy has signed with Verve Records, and will release Linger Awhile, her full-length debut for the label, on September 16. At just 22 years old, Samara has already garnered critical acclaim just as she has built a devoted following on TikTok and made avowed fans of Regina King, LaKeith Stanfield, and others. The Bronx native took home the 2019 Sarah Vaughan International Jazz Vocal Competition prize while still in college and performed on The Today Show earlier this year.
Linger Awhile finds Samara updating beloved songs with a modern twist, sometimes singing original lyrics using the melodies of famous instrumental solos, a style known as vocalese. Recorded at Sear Sound in New York City and featuring exemplary musicianship by Pasquale Grasso (guitar), Ben Paterson (piano), David Wong (double bass), and Kenny Washington (drums), the tracklist is comprised of reinvented classics including “Someone to Watch Over Me” (George Gershwin), “’Round Midnight” (Thelonious Monk), and “Nostalgia (The Day I Knew)” (Fats Navarro). Linger Awhile not only highlights Samara’s timeless vocals and a musical wisdom beyond her years, it also introduces this foundational popular music to a fresh audience.
“I am deeply honored to be a part of a roster that has included so many of my greatest vocal inspirations: Sarah, Billie, Ella, and Betty to name a few,” says Samara about her Verve debut. “Being a part of this lineage is humbling, and I will continue to use all of the inspiration gleaned from them to pursue my own unique journey as a singer and an artist.”
Samara Joy has also announced a new string of 2022 tour dates throughout Europe and North America. The young vocalist will play club dates, festivals and cultural institutions, plus highly-anticipated NYC hometown shows at The Blue Note. Later this year, Samara will perform with the Jazz at Lincoln Center Orchestra for a handful of dates across the midwest before several holiday shows in December. Check out the full touring schedule below.
Music has always been a guiding presence within Samara’s family. Her grandparents, Elder Goldwire and Ruth McLendon, led the well-known Philadelphia-based gospel group, The Savettes, and her father toured with the renowned Andrae Crouch. Although her earliest influences are the gospel and R&B sounds of Stevie Wonder, Lalah Hathaway, George Duke, and Musiq Soulchild, Samara fell in love with jazz while attending Fordham High School for the Arts, where she performed regularly with the jazz band and eventually won Best Vocalist at Jazz at Lincoln Center’s Essentially Ellington competition.
Samara Joy, vocals
Ben Paterson, piano
Pasquale Grasso, guitar
David Wong, double bass
Kenny Washington, drums 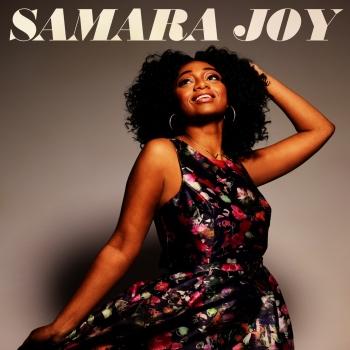 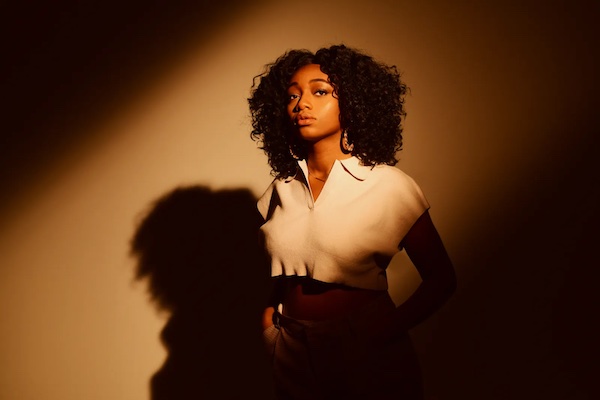 Samara Joy
With a voice as smooth as velvet, SAMARA JOY’s star seems to rise with each performance. Following her winning the 2019 Sarah Vaughan International Jazz Vocal Competition, she is currently recording her debut recording, which will feature Samara backed by the Pasquale Grasso Trio.
Growing up in New York, music was a pervasive presence, due to the inspiration of her paternal grandparents, Elder Goldwire and Ruth McLendon, who led the well-known Philadelphia-based gospel group, The Savettes. Her father toured with the renowned Gospel artist Andrae Crouch, and her home was filled with the sounds of not only her father’s songs and songwriting process, but the inspiration of many Gospel and R&B artists, including Stevie Wonder, Lalah Hathaway, George Duke, Musiq Soulchild, Kim Burrell, Commissioned, and many others.
“Although I didn’t grow up singing in church,” explains Samara, “I constantly heard my family singing inspirational music together, which instilled in me an appreciation for my musical lineage. Through musicals in middle school, I loved exploring the range of my voice and applying the different colors to fit the characters I played. Finally, during high school, I joined the choir at my church, eventually becoming a worship leader, singing three services a week for nearly two years. That was my training.”
Samara’s first exposure to jazz was while attending Fordham High School for the Arts, where she performed regularly with the jazz band, eventually winning Best Vocalist at JALC’s Essentially Ellington competition. However, jazz wasn’t really her focus until the time came to choose a college. Wanting to attend a state school close to home, she picked SUNY Purchase, gaining acceptance into their acclaimed jazz program, with a faculty that includes many jazz masters (including Pasquale Grasso and drummer Kenny Washington, who both appear on her debut recording.)
“My friends were all into jazz and started sharing their favorite recordings with me to check out. The turning point was when I heard both Sarah Vaughan’s version of ‘Lover Man’ and Tadd Dameron’s recordings featuring trumpeter Fats Navarro. I was hooked.”
From this point, she began to pursue her jazz studies with an intense passion, eventually being named the Ella Fitzgerald Scholar and entering and winning the Sarah Vaughan International Jazz Vocal Competition.
Although having only recently celebrated her 21st birthday, Samara has already performed in many of the great jazz venues in NYC, including Dizzy’s Club Coca Cola, The Blue Note, and Mezzrow, in addition to working with jazz greats such as Christian McBride, Pasquale Grasso, Kirk Lightsey, Cyrus Chestnut, and NEA Jazz Master Dr. Barry Harris.
Samara's self-titled debut recording is slated for release on July 9 through Whirlwind Recordings. It presents her backed by the trio of guitarist Pasquale Grasso, bassist Ari Roland, and drummer Kenny Washington. Within the album's liner notes, veteran writer Will Friedwald comments that Samara Joy is “a fantastic collection of highly original new arrangements, beautifully sung by a rising talent, and a very impressive first album. People are forever using the word 'timeless' as if it were the greatest praise ever, but in a way, Samara’s voice and her music seem to belong to all time, like she’s connected to the entire history of jazz all at once - as if she were existing in every era simultaneously, she sounds both classic and contemporary.”
Winning the Vaughan award was transformational for Joy. “I was suddenly on the jazz radar. It’s still bizarre to think of how fast things have progressed.” Since then, Joy has dug deep to discover her jazz roots, without losing sight of the innate simplicity that makes her sound shine. Her first album announces the arrival of a young artist destined for greatness.