Have You Lost Your Mind yet? Fantastic Negrito 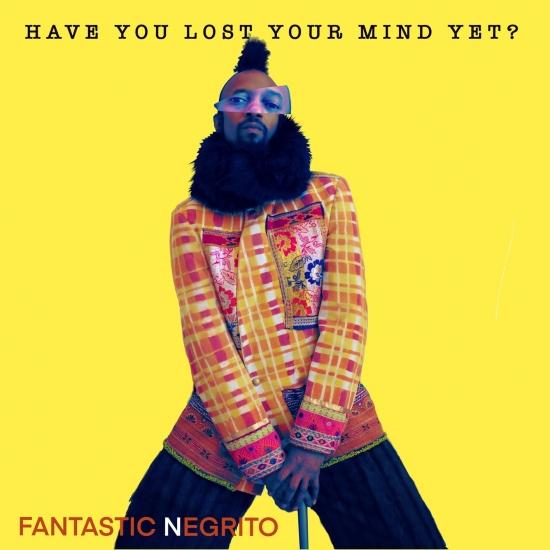 Info for Have You Lost Your Mind yet?

The new album from two-time Grammy and NPR Tiny Desk winner Fantastic Negrito, and featuring collaborations with fellow Tiny Desk winner Tank and the Bangas, and Bay Area hip hop legend E-40.
HAVE YOU LOST YOUR MIND YET? marks Fantastic Negrito’s most far-reaching work thus far, fusing elements of hip-hop, R&B, funk, soul, and rock ‘n roll into an incendiary synthesis all his own. Inspired by and reminiscent of the socio-political albums coming from black America in the late 1960s and into the 70s, the album sees Negrito exploring the struggle and complexities of mental health issues while continuing his long running lyrical examination of America’s increasingly broken social and political state of affairs.
Though known far and wide as a gifted bluesman, Negrito shows off his extraordinary musical versatility on tracks like “How Long” and the wildly inventive “Searching for Captain Save a Hoe (Feat. E-40),” a thought-provoking modern reinvention of the legendary Bay Area rapper’s 1993 classic, “Captain Save A Hoe.” Additional highlights include “I’m So Happy I Cry,” featuring powerhouse vocals from Tarriona “Tank” Ball of New Orleans’ Tank and the Bangas – a historic moment marking the first-ever collaborative recording by two previous winners of NPR’s influential Tiny Desk Concert contest. As urgent, desperate, and volatile as the times we live in, HAVE YOU LOST YOUR MIND YET? more than affirms Fantastic Negrito as one of American music’s most vital and provocative artists, no matter the genre, of this or any era.
“On the first two albums I wrote about broad topics,” Fantastic Negrito says. “The proliferations of gun violence, the evil NRA, gentrification and homelessness, pharmaceutical companies that prey upon the people. On this album I wanted to write about people I knew, people I grew up with, people whose lives I could personally affect, and whose lives have impacted me. It was the hardest album I’ve ever written.
“What do I want to say to these people, and to the world? If I had the chance, I would tell them the pain they are feeling, the darkness they are going through is temporary – especially if you consider the span of a human life. I would tell them we can’t fight these obstacles alone. We need each other. Get offline. Talk to people. I would tell them I am here for you. We can’t hide from the pain. We need to look right at it. To really look into someone’s eyes is to feel their power and their vulnerability, to feel humanity, and to feel love.”
Fantastic Negrito 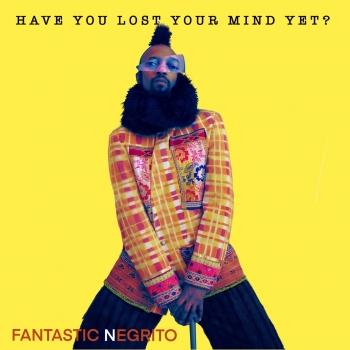 Have You Lost Your Mind yet? 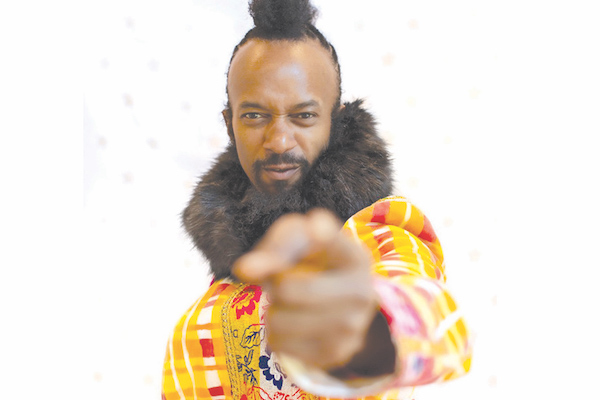 Fantastic Negrito
a.k.a. Bay Area-based singer-songwriter Xavier Dphrepaulezz – currently with 80 million career streams worldwide, is truly an artist for these times, a multi-talented, genre-agnostic original whose life and work embody the struggle, energy, truth, and creativity of black music. Though his music – like so much of American music – was born of the blues, Negrito has created something altogether new and unique, building bridges to the 21st century by weaving the original sounds of Lead Belly and Skip James with loops and samples of his own live instruments. He began his musical journey by busking his powerfully personal songs around his beloved hometown of Oakland, soon followed by increasingly packed shows with a proper band. In 2015, Negrito won NPR’s inaugural Tiny Desk Concert contest, triumphing over 7,000 other entrants.
Released in 2016, THE LAST DAYS OF OAKLAND proved a milestone debut for Fantastic Negrito, earning both the GRAMMY® Award for “Best Contemporary Blues Album” as well as critical praise from around the globe. Fantastic Negrito “infuses THE LAST DAYS OF OAKLAND with slide guitar drenched in overdrive, not to mention a hard-bitten perspective on life, love, art, commerce, class and society. It’s an outlook he’s earned,” wrote NPR Music, adding, “THE LAST DAYS OF OAKLAND is among the rawest pieces of music — sonically and emotionally — you’ll hear all year. But it’s also the work of a craftsman, full of subtlety and sophistication, along with the kind of scars that only a survivor can flaunt.” “THE LAST DAYS OF OAKLAND is blues, but reconfigured as a scream of rage rather than sadness,” raved The Guardian. “But it’s never an overbearing or miserable album; Fantastic Negrito wants answers, but he wants you to ask the questions, too.” “Interspersed with vox-pop musings on matters like police shootings,” wrote The Independent, “THE LAST DAYS OF OAKLAND is a state-of-the-nation address akin to Sky Stone’s THERE’S A RIOT GOIN’ ON.” “A major work of stunning breadth and originality,” declared Classic Rock, “heralding a talent who shines a blinding white light in the post-Prince darkness,” noting that the “bluesy roots masterwork” is “the kind of conscious milestone little seen this century.”
PLEASE DON’T BE DEAD arrived two years later, once again earning the GRAMMY® Award for “Best Contemporary Blues Album.” Indeed, the LP was hailed among the most important releases in recent memory, with The New York Times’ Jon Pareles declaring it “a cranked-up, slow-grinding attack on addiction and consumerism.” “Negrito puts himself in the middle of the fray with PLEASE DON’T BE DEAD,” wrote the Associated Press, “and offers his songs for the soundtrack of the lives of those who won’t give up and are willing to carry on.” Perhaps Entertainment Weekly said it best: “When you’ve been a small-time drug hustler, experienced a brush with death, a false start as a major label artist, and life as a busker, you’re well-positioned to sing the blues - as Fantastic Negrito does on his incendiary, consciousness-raising new album.”
Fantastic Negrito followed both album releases with truly epic world touring, highlighted by sold out headline dates, spotlight-stealing festival performances at such legendary gatherings as the UK’s Glastonbury, Chicago, IL’s Lollapalooza, and Atlanta, GA’s AFROPUNK, and shows alongside Sting, Sturgill Simpson, Solange, Chris Cornell and others. As if that weren’t enough, Fantastic Negrito has offered spectacular full-band performances on both CBS This Morning: Saturday Sessions and ABC’s Jimmy Kimmel Live!