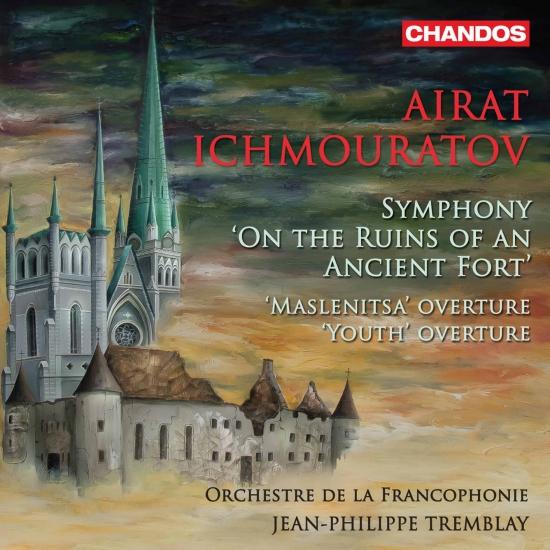 Our second album of orchestral works by Airat Ichmouratov features three works united by an ear for bold orchestral colour, a dramatic sense of form, and a firm dedication to tonality. The ‘Youth’ Overture was dedicated to the recording’s performers, the Orchestre de la Francophonie and its founder, Jean-Phillippe Tremblay, on the occasion of their fifteenth anniversary, and was premiered in July 2016. The ‘Maslenitsa’ Overture, premiered in 2013, portrays the week prior to Lent and represents an array of carnival-like festivities, including folk dances, disguises, troika rides, ice sculptures, and blini. First performed in 2017, the Symphony in A minor seeks to recreate the vitality of Longueuil, a city on the south shore of the St Lawrence River, from its beginnings as an outpost of New France (only the foundations of Fort Longueuil remain) to the present day. The symphony features Ichmouratov’s trademark descriptive eclecticism – especially in the second movement in which we hear children playing in parks, adults on the street engaged in boisterous debate, traffic noises, and the sound of a trumpet from a nightclub. All three works are world premiere recordings.
Orchestre de la Francophonie
Jean-Philippe Tremblay, conductor
Olivier Charetter, violin (Symphony, Op.55)
Patrick Namur, cello
Daniel Venflar, trumpet 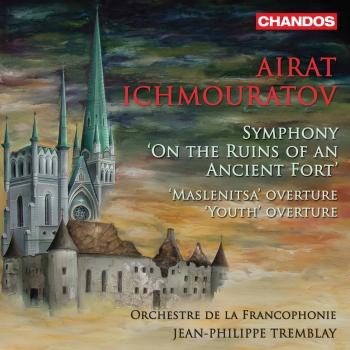 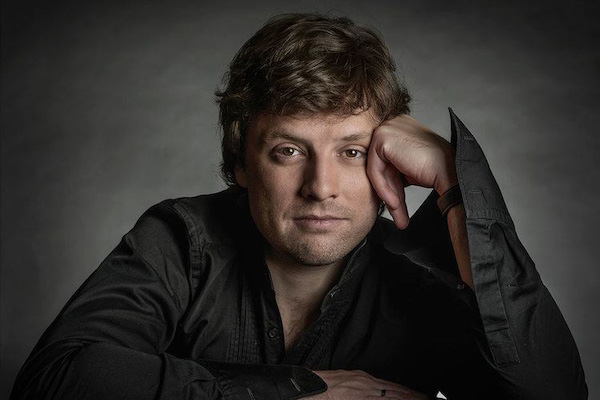 Jean-Philippe Tremblay
s founder and musical director of the Orchestre de la Francophonie (O.F.). Under his leadership, the orchestra has given more than 350 concerts across Canada, China and the United States. In recent seasons, Tremblay has led, as guest conductor, prestigious European ensembles: the Orchestre National de France, the Rotterdam Philharmonic Orchestra, the Vienna Chamber Orchestra, the London Philharmonic Orchestra, the Philharmonia Orchestra, the Royal Philharmonic Orchestra, the Spanish National Orchestra, and radio orchestras in Prague, Dresden and Budapest.
In spring 2012, Tremblay made a very successful conducting debut in Utrecht with the Netherlands Radio Philharmonic Orchestra; the concert was broadcast nationally and the critic had this to say: “Conductor Jean-Philippe Tremblay was a last-minute replacement for Serge Baudo, but he more than held his own. Conducting the orchestra with an energy that reminded me of fellow French-Canadian Yannick Nézet-Séguin, Tremblay had contagious enthusiasm while still being in full control. The orchestra obviously responded well to him!”
In America, Tremblay has been guest conductor of symphony orchestras in Winnipeg, Montreal, Québec City, London, Kitchener and Edmonton, as well as the National Arts Centre Orchestra in Ottawa, the National Symphony Orchestra in Washington, D.C., the Orchestra of the Manhattan School of Music, the Philharmonic Orchestra of the Americas, and the Simón Bolivar Youth Orchestra.
Tremblay has conducted alongside illustrious soloists, including Pinchas Zukerman, Augstin Dumay, Renaud Capuçon, Jean-Gihen Queyras, Marie-Nicole Lemieux and Alain Lefèvre, as well as many up-and-coming soloists representing the next generation of talent. At the helm of the OF., he has led over 30 world premieres of commissioned works by as many young composers.
During the summer, Jean-Philippe Tremblay will travel to Central America to conduct the YOA (Youth Orchestra of the Americas) in a series of concerts combined with master classes. As conductor of the OF., plans include concerts at the Domaine Forget International Festival and the National Arts Centre in Ottawa, as well as a series of concerts in Montreal. Fall begins with the opening concert of the Edmonton Symphony Orchestra season and future engagements will see him conducting in Ottawa, Hamilton, Toulouse, Avignon, Manchester and London.
Jean-Philippe Tremblay studied viola, composition and conducting at the Conservatoire de musique du Québec in Chicoutimi, the Université de Montréal, the Pierre Monteux School, the Tanglewood Music Center, and the Royal Academy of Music in London with the renowned Seiji Ozawa, André Previn, Michael Jinbo and Robert Spano. He is the recipient of numerous prestigious awards, including the Musician’s Prize at the Dimitri Mitropoulos International Competition for Conductors (in Greece), the Rose Roitman Award, the Joyce Conger Award for the Arts, and the Ordre des Bleuets for his contribution to culture in the Saguenay–Lac-Saint-Jean region, and was made an honorary life member of the Golden Key International Honour Society. His recordings have won many awards, as well as critical acclaim from prestigious publications such as Gramophone and Diapason.
Jean-Philippe Tremblay is artistic consultant for the New York–based Tremblay Ensemble. As violist, he participates in several prestigious festivals. He plays a beautiful Guillami 1753 viola, on loan from the Canimex foundation.