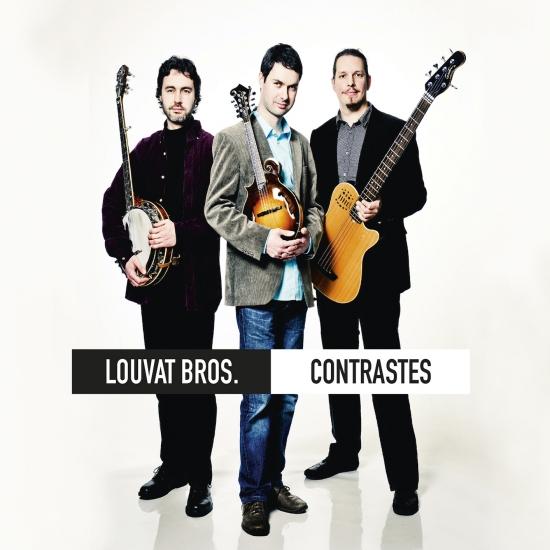 'Contrastes' - with the 5-string banjo played by Steve Louvat, the mandolin played by his brother Jefferson, supported by bassist Michel Vrydags and in some pieces enriched by the fiddle of Byron Berline and the flat-picking guitar of Thierry Massoubre - is an album, that delivers thrilling high-speed bluegrass. Nonetheless, not only purists will be enthusiastic over it. This is because the CD including 15 instrumentals offers, alongside music in the 'classical' bluegrass style, a successful musical mixture of Irish music, klezmer, blues and even interesting and appropriate borrowings from baroque music. Thus the instrumentals on this album merge together to form a musical unity - despite all contrasts.
Steve Louvat, banjo, finger-style guitar
Jefferson Louvat, mandolin, mandola
Michel Vrydag, acoustic bass 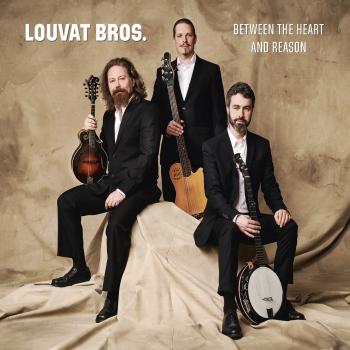 Between the Heart and Reason 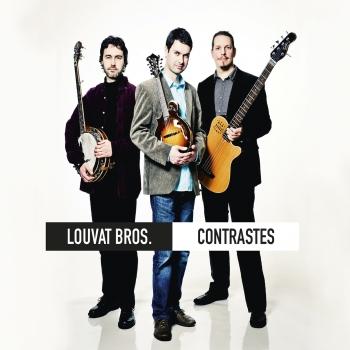 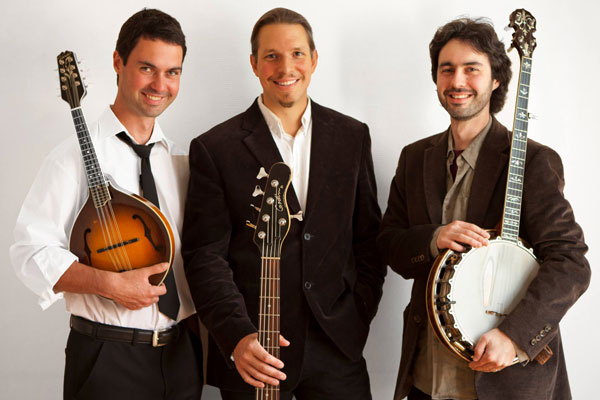 Steve and Jefferson Louvat
are both left-handed and hail from the Liège area, Belgium. As kids, they discover a real passion for the 5string banjo, the guitar and the mandolin. They performed numerous concerts across Belgium as well as Europe (France, Netherlands, Germany, Switzerland, Spain, Irland, England, Tchèque Republic, Hungary…) but they also played several times over the United States at renowned festivals and music conventions. Today they are known as the Belgian ambassadors for the Bluegrass music which comes straight from the State of Kentucky.
Michel Vrydag
is a virtuoso bass player with a wide range of musical influences. Having a solid Jazz background, he is also a fine composer.
Needless to say the combination created in between those two different musical worlds gave birth to a fresh and sparkling kind of music.This trio presents a personal and contemporary approach of the Bluegrass and its associated instruments, including traditional materials but also originals.