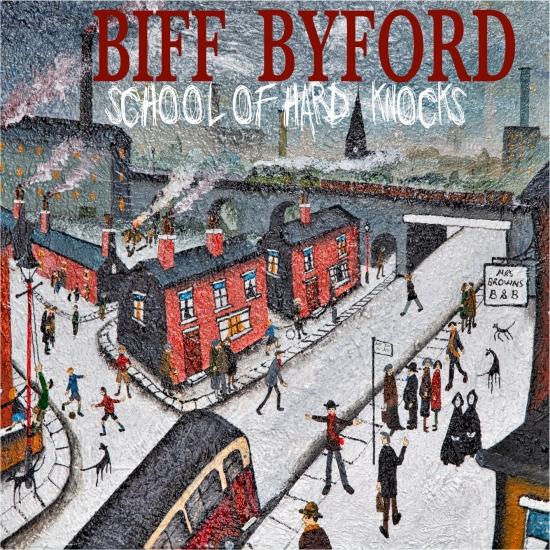 Info for School of Hard Knocks

Legendary Saxon frontman releases first solo album Free, tough, uncompromising and supremely obdurate, the English North is everything you saw in Game of Thrones and more. It is the true heart of England, the region where its soul resides, and Biff Byford has earned the right to be considered its true heavy metal bard. The legendary Saxon frontman takes on not just tales and stories from his heart and soil, but also investigates the Middle Ages and Medieval history overall in his first ever solo album.
“It’s been great to break new ground, explore new territories and work with some old friends,” concludes Biff, “and having waited so long to make this album, I have to say, I am delighted with it! It has a whole range of styles, from the ridiculously heavy to ballads, and it is certainly my album.”
Recorded by Jacky Lehmann at Brighton Electric Studios and mixed by Matts Valentin at Queens Street Studio in Stockholm, the album was produced by Biff Byford, vocals, with Fredrik Akesson on guitars, Christian Lundqvist on drums and Gus Macricostas on bass guitar. The album also features guest appearances from Phil Campbell, Nick Baker, Alex Holzwart and Dave Kemp. In all senses a classic, masterfully-constructed old school British hard rock album School of Hard Knocks is every aural inch a Byford storybook highlighting his passionate interests. From the spoken word of “Inquisitor” leading into the metaltation on the Spanish Inquisition of “The Pit and Pendulum” to the autobiographical, old-school ‘wheels of steal’ era thrust of the title track, you’ll get to know Byford supremely well over the 11 tracks which comprise School of Hard Knocks. School of Hard Knocks is destined to be one of the biggest, most entertaining metal-plated surprises of 2020.
Biff Byford, vocals
Gus Macricostas, bass
Christian Lundqvist, drums
Fredrik Åkesson, guitar
Phil Campbell, guitar
Producer by Biff Byford 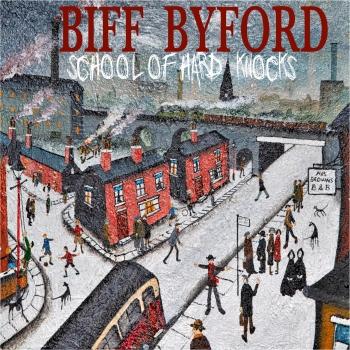 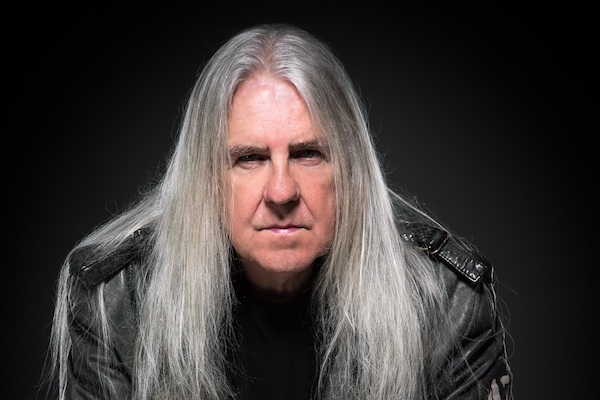 Biff Byford
was born the youngest of four children to Earnest Charles and Irene Byford. He has a brother, a half-sister from his father's side, Enid, who is 20 years older than him and a half-brother Michael from his mother.[3]
Byford was just 11 years old when his mother died. “Being so young,” he says, “it was a crushing blow. But that, I think, is when that will to survive was built in.”
Only two years later his father, whom Byford describes as a violent alcoholic, suffered a terrible accident while at work at a textile mill, losing an arm after it was entangled in a piece of heavy machinery.
He joined a youth club band at 14. When he was 15, in 1966, having left school to work as a junior carpenter, his first steady girlfriend, Linda, fell pregnant. They were promptly married. But the marriage didn’t last, even though the couple had two children.
At 18, in 1969, he was employed at the Shuttle Eye pit at Flockton, near Huddersfield. At six-foot-one he was considered too tall to work underground, in tunnels only three feet high. So instead he worked in the boiler house, manning a giant steam engine that drew up the coal from a mile deep.