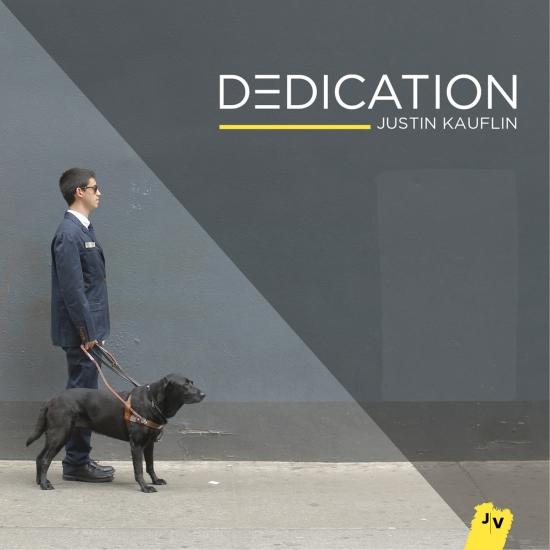 Produced by Quincy Jones, Dedication is the Jazz Village debut by piano prodigy Justin Kauflin. The album features twelve original compositions by Kauflin. His style embodies — without being derivative — the 'quiet fire' lyricism of Bill Evans (whom Kauflin credits as his 'biggest influence at age 14'), the nimble and mercurial qualities of Bud Powell, the genial melodiousness of Herbie Hancock and a bit of Dave Brubeck's gregarious percussiveness. Kauflin's side men on the album are Billy Williams on drums, Chris Smith on bass, Matt Stevens on guitar and Etan Haziza on nylon guitar. Kauflin is also the subject of the award-winning documentary Keep On Keepin' On, which chronicles his mentorship and friendship with the legendary musician and teacher Clark Terry. The film won Best New Documentary Director and the Heineken Audience Award at New York's prestigious Tribeca Film Festival and the Audience Award at the Boulder Film Festival.
„It was a conscious decision not to make Dedication a blowing session. I'm excited to play this music live, in concert. That's when it will really come to life.
When first conceptualizing this project, I realized there was so much for which I am extremely grateful. It was then that I decided to dedicate this album to all who gave of themselves selflessly.
First and foremost, this album is dedicated to God. He is at the center and a direct reflection of who I am. I would be nothing without Christ as the source of my inspiration.
I'm truly grateful for my incredible family, friends and teachers; especially for every second I was able to spend with the great Mulgrew Miller. Words cannot adequately express the gratitude I feel to have been in the presence of such a gentle and humble spirit.
And, CT...thank you for sharing your beauty and joy with the world. I couldn't possibly thank you enough for everything you've given, but will certainly try my best through my music and my life.“ (Justin Kauflin)
Justin Kauflin, piano, keyboards
Billy Williams, drums
Christopher Smith, bass
Matt Stevens, guitar
Etan Haziza, classical guitar (on track 12)
Engineered by Chris Allen, Helik Hadar, Rob Ulsh
Mastering byBernie Grundman 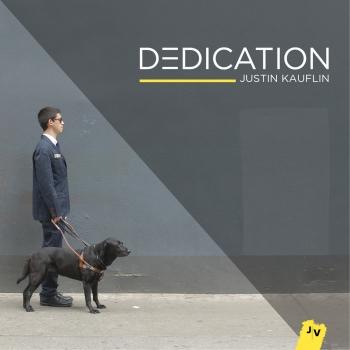 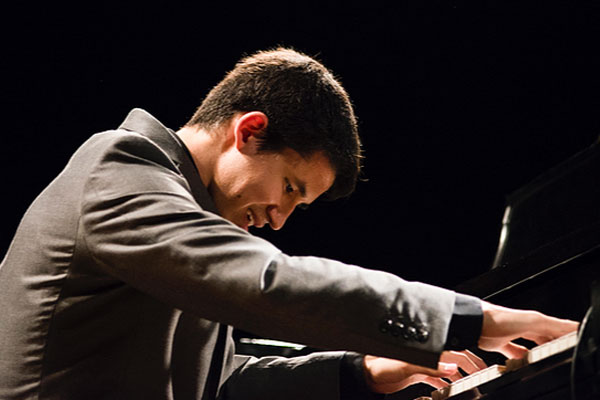 Justin Kauflin
Award-winning jazz pianist, Justin Kauflin began his musical journey at age 4 with Suzuki violin (Suzanne Schreck), adding piano a few years later with Virginia Koun. By age 6, he was performing in concerts, nursing homes and weddings, eventually becoming concertmaster for several orchestras. However, it was during this time that he also endured numerous trials, particularly losing total vision by a rare eye disease.
He adjusted by learning 5 grades of Braille, cane mobility and, after a decade of classical violin and piano, switched to jazz piano at the Governor's School for Performing Arts. He studied with Liz Barnes, Woody Beckner, Chris Brydge, Jeff Smith, Jae Sinnett and ODU jazz professor, John Toomey; he attended the Vail Jazz Workshop, Betty Carter's Jazz Ahead Residency, and received top honors in jazz festivals across the U.S. He began performing jazz professionally at age 15, most notably with the Jae Sinnett Trio.
In 2004, Justin graduated in the top 1% of Salem High School alongside his sighted peers, and valedictorian at the Governor's School, receiving a Presidential scholarship to attend William Paterson University in New Jersey. At WPU, he was taken under the wings of legendary trumpeter, Clark Terry and performed in the Clark Terry Ensemble. He also had the tremendous privilege of learning from his hero, the late Mulgrew Miller, as well as Harold Mabern and the late James Williams. While attending William Paterson, he accepted any opportunity to sit in, and/or perform with his trio, in New York City.
In 2008, Justin graduated summa cum laude with an Honor's degree in Music, moved to NYC and, at age 23 produced, led, composed and performed on his first CD Introducing Justin Kauflin. His personnel included high school buddy Billy Williams, Phil Kuehn, Etan Haziza and Tim Green.
From 2011, the Justin Kauflin Trio headlined regularly at Havana Nights Jazz Club in Virginia Beach, where he also served as House Pianist. He performed around the country with his own trio or with the Jae Sinnett Trio, won the VSA International Young Soloist Award; was voted "Jazz Artist of the Year" in VEER Magazine, and selected as semifinalist in the Thelonious Monk International Jazz Piano Competition.
Simultaneously during this time, Justin's relationship with mentor Clark Terry was chronicled by Absolute Clay Productions' Al Hicks and Adam Hart. Five years in the making, the resultant documentary, Keep On Keepin' On, won both Heineken Audience and Best New Director Awards at Tribeca Film Festival and released in theaters through RADIUS-TWC. Justin and Dave Grusin are credited for its filmscore. Keep On Keepin' On was Oscar Shortlisted for best documentary (2015 Academy Awards).
Justin was also signed by legendary producer and music icon, Quincy Jones for management, and in 2013 and 2014, was part of Quincy Jones' World Tours which traveled to Montreux, Switzerland; Vienne, France; Seoul, Korea; Tokyo and HIroshima, Japan.
Throughout the past year, Justin has been working with Quincy Jones on his second full-length CD and debut album for Jazz Village, DEDICATION. It was released on January 13, 2015 and debuted at #6 on CMJ Jazz chart and #10 on Billboard's Traditional Jazz Chart.