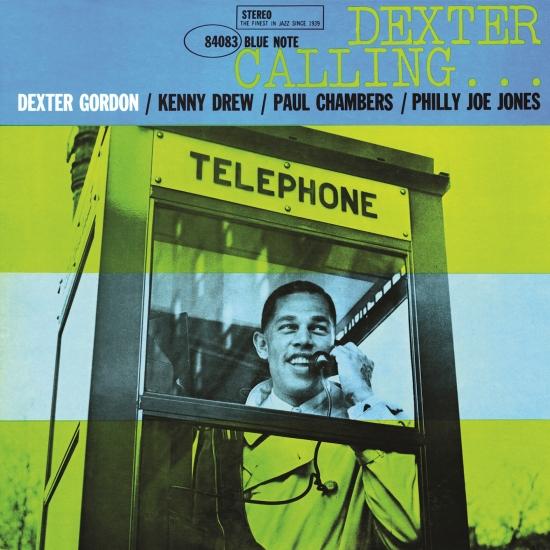 This superb 1961 date matches Dexter Gordon's booming tenor sax with a dynamite rhythm section of Kenny Drew on piano, Paul Chambers on bass, and Philly Joe Jones on drums. Like all his early '60s Blue Note recordings, this is Gordon at his absolute best.
It's a nice mix of originals and standards, including an up-tempo take on Charlie Chaplin's 'Smile.' There are no surprises here, just straight-ahead bluesy bebop by some of the masters of the genre.
„Dexter Gordon's second recording for the Blue Note label is a solidly swinging affair, yet constantly full of surprises. It's not unexpected that Gordon's tenor at this time -- 1961 -- is one of the most enjoyable in mainstream jazz, but his transition from the cool California scene to the hotter music environs of New York City had energized his sound and attitude.
A first-time pairing with bassist Paul Chambers has something to do with this, but it also inspires pianist Kenny Drew to a great extent, while drummer Philly Joe Jones is his reliable, energetic self, and always works well with Gordon. This SACD edition features a broad range of jazz that Gordon mastered with wisdom and a bit of mad abandon on his solos. Where Gordon's fluent melodic sense is perfectly demonstrated during the simple-as-pie groove waltz 'Soul Sister,' the steady, steamy bopper 'I Want More,' and the familiar Charlie Chaplin evergreen 'Smile,' his sense of expanding the specific line upon soloing is truly remarkable. He constantly keeps the song form in mind, riffing on and on without violating the basic note structures, constantly reharmonizing, shuffling the chords like a card dealer and updating the song form. 'The End of a Love Affair' takes this concept into an area where his deep, subtle voice is translated directly into the low-slung voicings of his horn.
The remarkable 'Modal Mood' combines hard bop with Drew's three-chord piano repetitions and Gordon's soulful, simplified sax, while the equally impressive 'Clear the Dex' steamrolls the competition as the band -- cued by Jones -- skillfully pushes or pull tension and release elements, then busts loose into joyous swinging in a true signature tune that is immediately recognizable as only the long, tall tenor man. The sad ballad 'Ernie's Tune' is based on a yin/yang theme via Freddie Redd's stage play The Connection and the crazy character that ran wild or tame.
There's a previously unissued track, 'Landslide,' which sounds slightly like a knock-off of one of his other tunes -- perhaps 'Cheesecake' -- but considering the time frame, it could be a prelude to one of his most famous songs of all time. The excellent band, solid musicianship, and memorable music on every track make this one of the more essential recordings of Gordon's career, enhanced by the improved audio quality.“ (Michael G. Nastos, AMG)
Dexter Gordon, tenor saxophone
Kenny Drew, piano
Paul Chambers, bass
Philly Joe Jones, drums
Recorded on May 9, 1961 at Van Gelder Studio, Englewood Cliffs, NJ
Engineer by Rudy Van Gelder
Produced by Alfred Lion
Digitally remastered