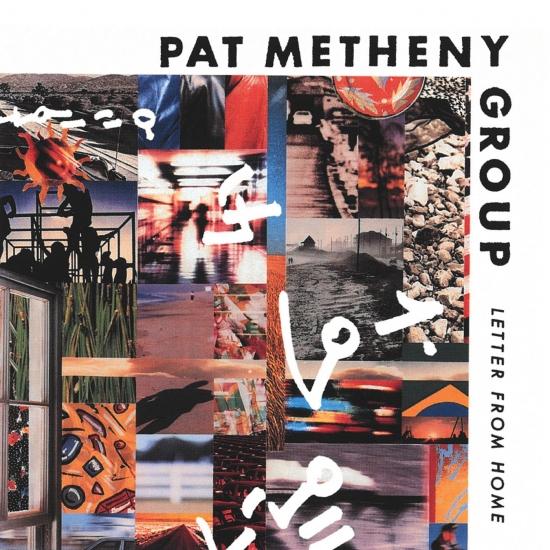 Info for Letter from Home

A trio of Grammy Award-winning albums by the Pat Metheny Group return to the artists's active discography on Nonesuch. Still Life (Talking (1987), Letter from Home (1989), and The Road To You (1993) are the first in a series of remastered reissues of Geffen Records titles.
"Picking up where Still Life (Talking) leaves off (instead of throwing listeners a curve ball like Song X), the equally triumphant Letter from Home stresses Brazilian elements with superb results. While a number of these treasures -- including "Beat 70," "Have You Heard," and "Every Summer Night" -- are light and accessible enough to have enjoyed exposure on some smooth jazz stations, Letter contains the type of depth and honesty that's sorely lacking in most smooth jazz. Metheny has always known the difference between light and lightweight, and even at his most delicate, he avoids entering "Muzak" territory. True to form, the improviser doesn't shy away from making extensive use of technology, but is insightful enough to do so in a very warm and soulful fashion. Like Still Life, Letter from Home is a fine example of a CD that is both a commercial and an artistic success." (Alex Henderson, AMG)
Pat Metheny, acoustic & electric guitars, Synclavier, synthesizer
Pedro Aznarl, vocals, tenor saxophone, pipes, melodica, vibraphone, marimba, acoustic guitar, charango, percussion
Lyle Mays, trumpet, piano, organ, keyboards, Synclavier
Steve Rodby, acoustic & electric basses
Paul Wertico, drums, percussion
Armando Marcal, percussion
Digitally remastered