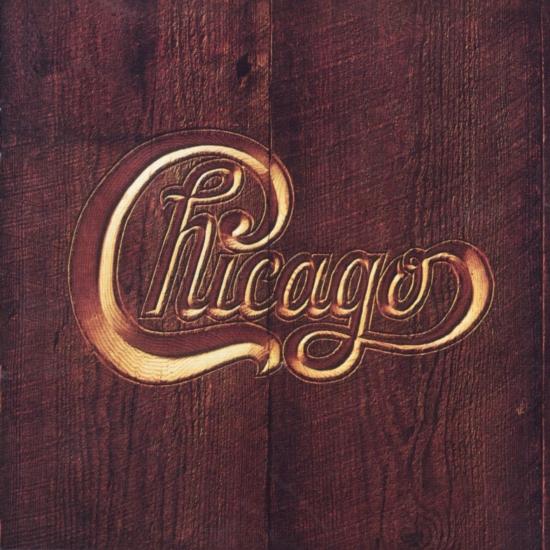 Once again Robert Lamm and company have knocked me out. It is the usual eclectic bundle of happiness and sadness, love songs, and songs of socio-political import. To Chicago's other classics like 'Beginnings,' 'Make Me Smile,' 'Fancy Colors,' and '25 Or 6 To 4,' add 'Saturday In The Park.' Whether your park be N.Y.'s Central, Chicago's Lincoln, L.A.'s MacArthur, or your own small town's Village Green, you'll see it when you hear 'Saturday In The Park.' This is a happy and a very visual song. Definitely an 'up'; especially since it follows 'While The City Sleeps,' an ominous warning about the future. The feeling of threat carried on the brass riff is unrelieved.
'State Of The Union' is the one track I disliked. Besides the lyrics which first tell us to 'tear the system down,' the production here is sloppy. Terry Kath's guitar comes and goes, the mix being poor. Other instruments here don't blend into a whole, so you get a sense of separateness which becomes unwieldy and busy.
Back on the upbeat again (Side Two is an emotional roller coaster taking us back and forth between ups and downs), 'Goodbye' is a charming number. The unity lacking in 'State Of The Union' is regained. Peter Cetera's bass is very prominent here. 'Alma Mater' is a showcase for Robert Lamm on piano.
On Side One we take off Airplane-style into 'A Hit By Varese.' The bridge on this tune has a dynamic three-way duel with Walter on sax, Jimmy on trombone, and Lee on trumpet taking turns astounding the listener. 'All Is Well' has a soft sound that is very mellow and light. 'Now That You've Gone,' written by James Pankow, opens in layers -- drums; then drums and guitar; and then, drums, guitar, and Mr. Pankow's trombone. Everyone in the group gets his moment in the spotlight here. This is another of those typical Chicago rockers that is so very effective.
'Dialogue' is a two part number. 'Part 1' won't be a Chicago classic, but is my favorite on the album. The contrast in voices makes this song exceptional. Terry's husky, deep voice alternating with Peter's higher and smoother voice creates an exciting listening experience. 'Part II' is the final uplifting message song in the manner of 'It Better End Soon,' from an earlier album.
'If you are a Chicago freak, this album is a must. If you 'just like' Chicago, please accept my recommendation. If you don't like Chicago (horrors!!), you shouldn't have read this far.' (Michael J. Davis, Words & Music, 11/72).
'The long-awaited new album from Chicago was well worth waiting for. The super heavy package contains some nine new numbers that will prove strong programmers. Highlight cuts include 'Saturday in the Park,' 'While the City Sleeps,' 'All Is Well,' and an interesting reflection on politics, 'Dialogue.' Their first single record will prove a giant.' (Billboard, 1972).
'The group's avant-garde roots are explored on the set - opening 'A Hit by Varese,' while the album also includes the autobiographical 'Alma Mater' and the hits 'Saturday in the Park' and 'Dialogue.' (William Ruhlmann, The All-Music Guide to Rock, 1995).
Peter Cetera, vocals & bass
Terry Kath, vocals & guitar
Robert Lamm, vocals & keyboards
Walter Parazaider, winds & background vocals
Lee Loughnane, trumpet & background vocals
James Pankow, trombone
Daniel Seraphine, drums
Recorded at Columbia Recording Studios, New York, NY (09/20/1971-05/10/1972)
Audio Engineers: David Donnelly; Jeff Magid.
Remastered by David Donnelly
Digitally remastered.