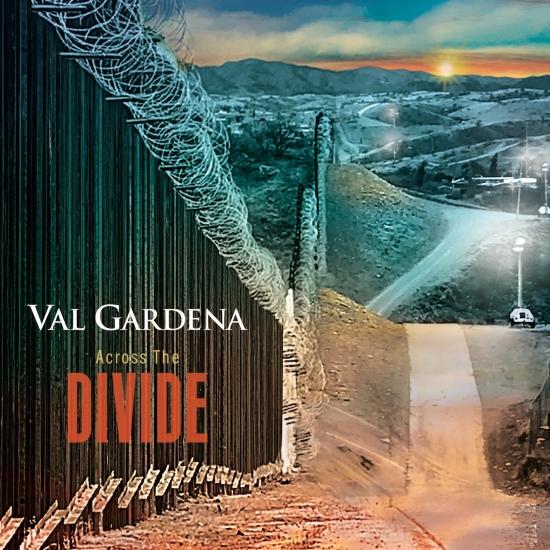 Info for Across The Divide

"Across the Divide" is a musical journey that seeks to soothe the soul and stimulate the mind. Music brings us all together and is the great common denominator that connects us all to our memories and feelings”... Christopher James
Val Gardena to release their first new music in 6 years, “Across The Divide”. Composer Christopher James teamed up with Andy Snitzer to co-create the 6th Val Gardena album. Andy is a world class instrumentalist and arranger/producer with whom Chris has been working the past 6 years.
Chris says, “When I formed Val Gardena with Jeff Leonard in 1993, we described our musical mission statement as “creating music with melody, pop structure, ambient textures and jazz sensibilities, but no solos”. Across the Divide continues these principles with the exception of “Two of One”and “Back in Time” which feature trumpet superstar, Chris Botti. It was a true joy working again with Chris after 20 years when he was a guest on the Val Gardena album, Migration. He is joined here by a stellar line-up who collectively lift these two compositions to unimaginable heights.
“Two of One” features Chris Botti on Trumpet with the fantastic rhythm section of Nate Smith on Drums, John Patitucci on Bass and Taylor Eigsti on Piano. It was recorded at Power Station in July 2018. The goal was to take an ambient musical outline and super impose a retro jazz feel. Chris and Taylor’s solo performances are stunning. “Back in Time” is a retro-feeling tune that combines ambient simplicity, a catchy theme, and soulful playing.
Across The Divide was preceded by Mr. James’s solo albums, Grace from Persistence, House by the Railroad (2015) and The Sad Waltz (2017). House by the Railroad was inspired by his family history in Portland, OR, while The Sad Waltz is a collection of stylistically varied compositions written programmatically for an imagined visual environment. All three of Mr. James’s solo albums were created in collaboration with engineer, co-writer, and co-producer Bob Stark, and The Sad Waltz and Grace from Persistence were both mixed by Grammy Award- winning engineer Kevin Killen. Prior to his work as a solo artist, Mr. James partnered with Jeff Leonard in Val Gardena, and together they recorded five albums from 1994 to 2013, including three releases on Mercury Records.
Christopher James and collaborators at the Power Station recording studio in New York City.
Christopher James (born Christopher James Roberts) is an American composer, producer (Paula Cole, Renée Fleming, Val Gardena) and ex-CEO of Universal Music Group’s Classical and Jazz division. An accomplished classical pianist, he earned a B.A. in Music and German Literature at Lewis and Clark College in his hometown of Portland, Oregon. His graduate studies in Musicology at the University of Illinois took him to Germany for post-graduate research. He stayed, and for several years he composed and produced music for the German film and television industry. With a style reflecting pop, as well as his classical and jazz training, Mr. James’s music was heard in prime time on various German National TV networks. Musical influences include Elton John, Burt Bacharach, Brian Eno, Jimmy Webb, John Barry, George Gershwin, Bach, Chopin, Ravel, and Stravinsky.
Graham Hawthorne, drums (1,2,3,4,7,9)
Nate Smith, drums (6.8)
Gene Lake, drums (5)
Graham Hawthorne, percussion
John Patitucci, bass (5,6,8)
Zev Katz, bass (1,3,4,7,9)
Tim Lefebvre, bass (2)
Bernd Schoenhart, guitar
Adam Rodgers, guitar (5)
Mike Ricchiuti, piano
Taylor Eigsti, piano (6,8)
Andy Snitzer, keyboards, synthesizers, saxophone (1,5)
Brian Charette, Wurlitzer, Hammond B3 (5)
Chris Botti, trumpet (6,8)
Tatum Greenblatt, trumpet (1,4)
Kent Smith, trumpet (7)

Booklet for Across The Divide