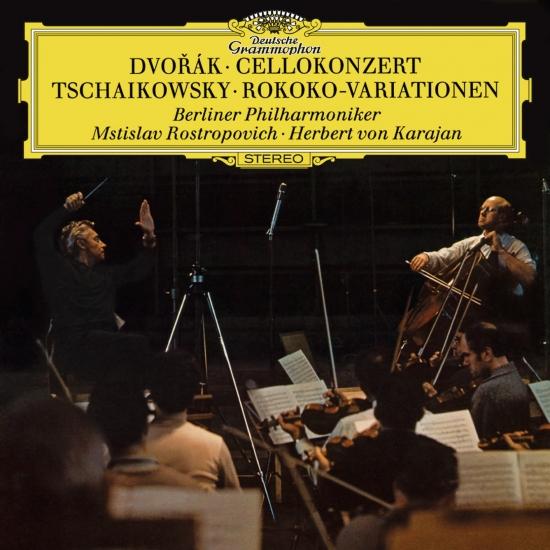 „Mstislav Rostropovich is the world's greatest cellist, and he has actually made at least five recordings of this greatest of all cello concertos. I have a certain preference for his later version, with Seiji Ozawa and the Boston Symphony Orchestra on Erato. This version has long been a prime recommendation, and in this new remastering at mid-price, it's an even better deal now. Herbert von Karajan accompanies with his usual expertise, and the Tchaikovsky performance is quite simply the finest around. This concerto is one of those pieces of which you'll want to have five or six copies. Just make sure this is one of them.“ (David Hurwitz, ClassicsToday.com)
„Two great musicians performing with complete sympathy for each other: Rostropovich on top form and Karajan an attentive partner.“ (James Jolly, Gramophone)
Rostropovich's emotional and sonic power in this classic 1968 recording has never been bettered.“ (Jessica Duchen, BBC Music Magazine)
“The intensity of lyrical feeling and the spontaneity of the partnership between Karajan and Rostropovich ensures the position of their DG disc at the top of the list of recommendations.” (Penguin Guide)
Mstislav Rostropovich, cello
Berliner Philharmoniker
Herbert von Karajan, conductor
Engineered by Günter Hermanns
Produced by Hans Weber
Digitally remastered 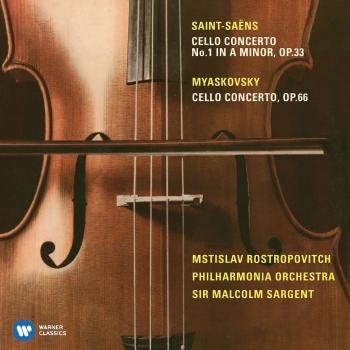 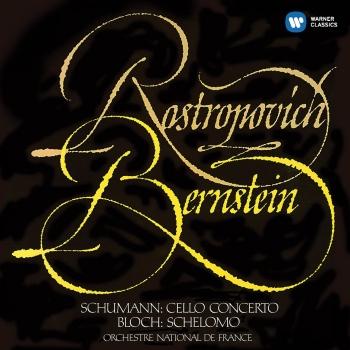 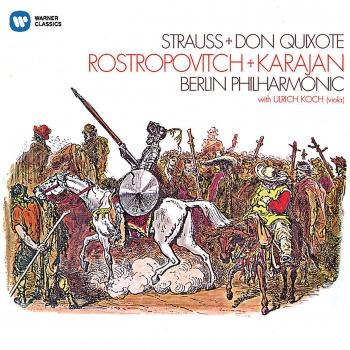 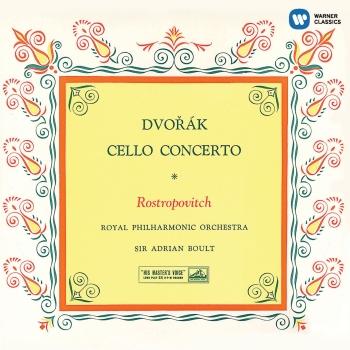 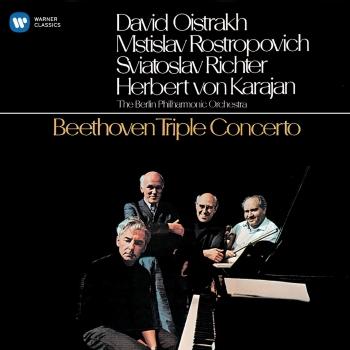 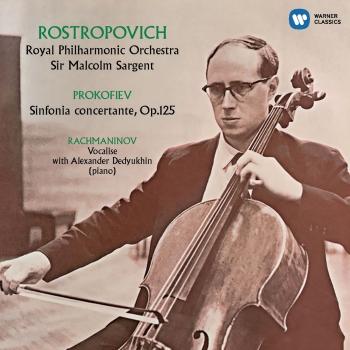 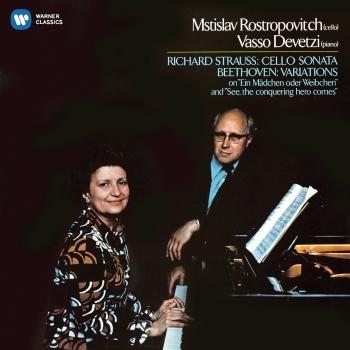 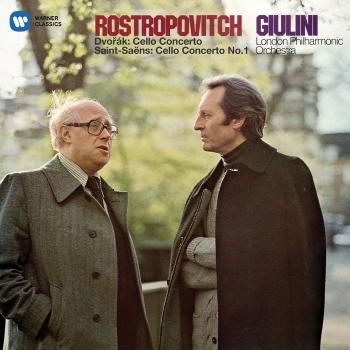 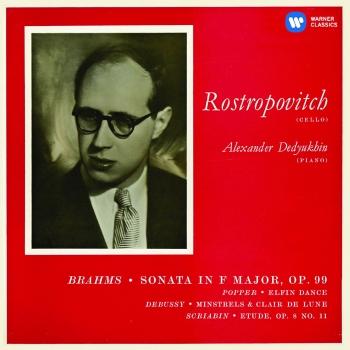 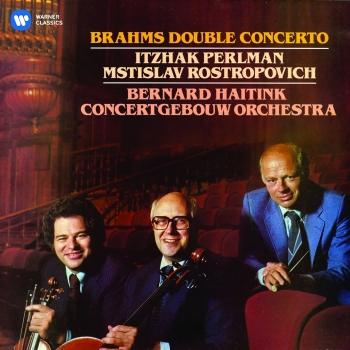 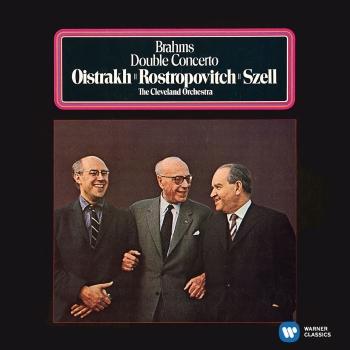 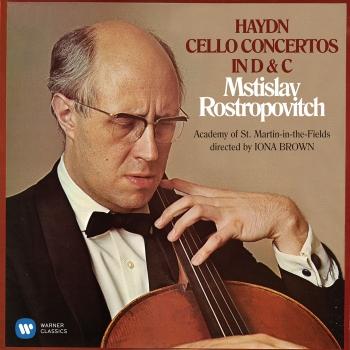 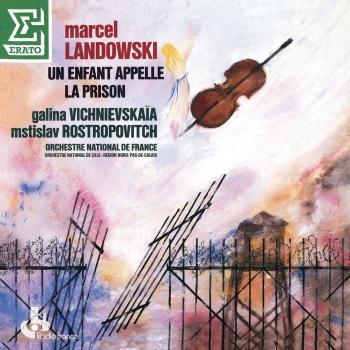 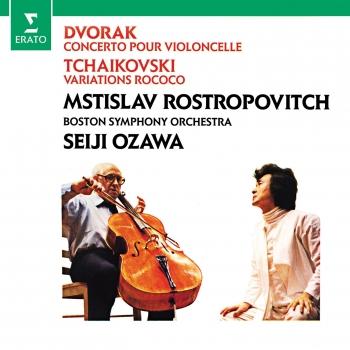 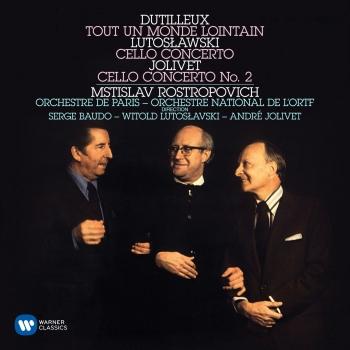 Mstislav Rostropovic
That the cello's repertoire has been so wonderfully enriched during the 20th century is due largely to Mstislav Rostropovich, the most influential cellist of his time, a champion of liberty, and also a noted conductor and pianist. Born In Baku on 27 March 1927 to a pianist mother and a cello-playing father who had studied with Pablo Casals, 'Slava' received early paternal grounding in his chosen instrument.
In 1943 he entered the class of Semyon Kozolupov, the 'Tsar' of Russian cellists, at the Moscow Conservatory, where he also studied composition with Shostakovich and Shebalin. In the late 1940s, after graduating with highest honours, Rostropovich triumphed in a string of competitions before making his London and New York debuts in 1956. These launched an international career of enormous distinction.
It is his profound musicality and legendary technique that have inspired some of the 20th century's greatest composers to write the cello: Shostakovich, Britten (who made his Moscow debut in 1964 with Rostropovich), Prokofiev, Kabalevsky, Miaskovsky, Khachaturian and Weinberg are among those who took up the challenge - it is estimated that he gave more than 240 world premieres.
In 1955, Rostropovich married the acclaimed Russian soprano Galina Vishnevskaya after a whirlwind courtship in Prague. In 1974, as a result of having sheltered the beleaguered writer Alexander Solzhenitsyn, he was exiled from his native land. In 1989, he famously played the Sarabande from Bach's Cello Suite No.2 at Checkpoint Charlie immediately following the fall of the Berlin Wall.
Among his legendary recordings are the Bach Cello Suites (1991), which were also filmed in the intimate setting of a French church; the 1977 studio recording of the Dvorak and Saint-Saëns Cello Concerts with Carlo Maria Giulini and the London Philharmonic; and the 1960s Beethoven Cello Sonatas with Sviatoslav Richter.
Other central repertoire includes Don Quixote, with Karajan clarifying the Berlin Philharmonic like a chamber group, Schelomo with Bernstein, two versions of Brahms’s Double Concerto, his Haydn Concerto in D Major with the Academy of St Martin in the Fields, and many pieces with Rostropovich’s longtime accompanist ‘Sasha’ Dedyukhin at the piano.
Rostropovich was closely associated with EMI Classics (now Warner Classics) for more than 50 years, having made 100 recordings with the company between 1954 and his death in 2007, just a month after celebrations for his 80th birthday at the Kremlin.