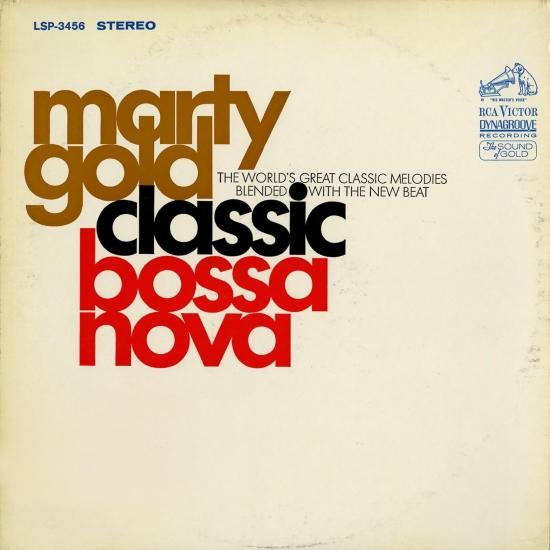 One of my most vivid memories of Dad in the recording studio comes from the album Classic Bossa Nova, for which he transformed a dozen classical themes into short numbers with a bossa beat. My brother, Dan, and I went to several sessions, but the one I’ll never forget featured a screaming, jazzy solo by the great trumpeter and flugelhornist Clark Terry. It was on a piece called Moon Love, a popular tune based on the second movement of Tchaikovsky’s Symphony No. 5, previously played by Glenn Miller and Chet Baker, among others.
Listen to the recording and buckle your seat belt when you get to about 1:30 into the tune. That’s when Clark blew the roof off the studio.
I remember the look of astonishment and appreciation on Dad’s face (and that of many of the others in the room), when Clark hit that final, stratospheric note. Dad always built brief open sections into his arrangements so that the stellar New York studio musicians he hired could play improvised solos—and I’m sure that’s one of the reasons he was able to attract artists like Clark. I’m also sure that this sort of creative outburst, unscripted though it was, is exactly what Dad was hoping for. (Michael Gold)
Digitally remastered 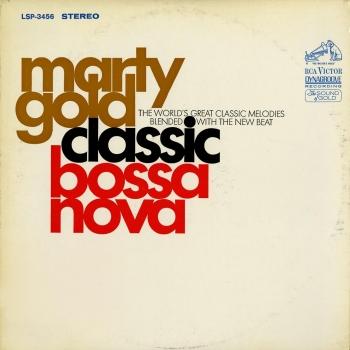 Marty Gold
worked as a pianist with several sweet bands in the 1930s, but his first brush with fame came as a member of a comic band known as the Korn Kobblers. Gold played with and did the arrangements for the Kobblers, which brought his work to the attention of Guy Lombardo and other bandleaders. Preferring the sanity of the studio to nightly antics on stage, he returned to New York and settled down as a freelance arranger and composer.
He began recording under his own name in the early 1950s, mainly for Decca, but then switched to RCA and its affiliates Vik and X. He arranged and played on a number of the Three Suns' mid-50s albums. Gold composed as well, co-authoring "Tell Me Why," a #2 hit for the Four Aces.
Gold was one of the workhorses of RCA Victor's arranging staff through most of the 1950s and 1960s. He worked on hundreds of albums, backing acts ranging from the Rafael Hernandez to Peter Nero. A versatile stylist, he supplied whatever the setting called for: syrupy strings for a singer, rocking walls of sound for Top Ten covers, hale and hearty vocal choruses for his Kapp albums of college songs.
In some ways, he was like the East Coast version of Billy May. He worked fast, covered a wide territory, and never put himself "above" his material. So, like May, you can find his contributions showing up on kids' records, too, and more than a few of them. He provided the background music for dramatizations of Dr Seuss' books and, in the late 1960s and 1970s, recorded numerous albums for the Peter Pan label. Some of these featured a cloying chorus of kids singing covers of such pop hits as "These Boots are Made for Walking."
But his best work can be heard on hi fi and stereo showcase albums he recorded for RCA and its subsidiary, Vik. On these Gold's style is to use every bit of the orchestra, including the kitchen sink. A typical arrangement will have at least five different major instrument types playing part of the melody in as little as eight bars. These albums aren't quite as wild as Esquivel's, but they're worth looking for if you like music with a big zing, zang, zoom in it.