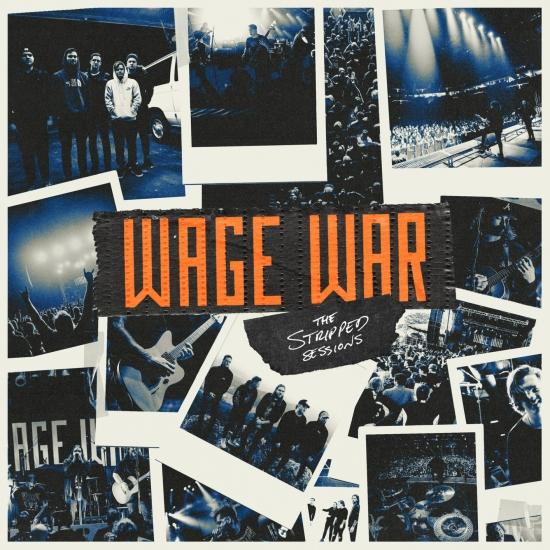 Info for The Stripped Sessions

Hard rock quintet Wage War's The Stripped Sessions is an 11-song acoustic-based LP that reimagines songs from the band's decade-plus career.
Recorded in Florida's The Audio Compound, The Stripped Sessions was produced by Wage War's rhythm guitarist Cody Quistad and Andrew Wade, who has worked with the band previously. Jeremy MacKinnon from A Day To Remember co-produced the LP's new track — a stunning re-working of Johnny Cash's song "Folsom Prison Blues."
The Stripped Sessions features tracks that originally appeared on Deadweight (2017); Pressure (2019); and Manic (2021). It was important to the band that The Stripped Sessions spans their career and also allows Wage War's often-vulnerable lyrics breathing room. "I love that it's different points in time for us, from all the way back to when we were playing to 200 kids a night to 2022, when we've been doing arenas. It's a cool time capsule," Quistad says.
Overall, The Stripped Sessions "are a time capsule of our years so far," says Quistad. "We obviously love to get rowdy and play super-energetic hard music, but just as important to me— and I think to people in general — is having that outlet to listen to something that's a different speed. And how cool is it if a listener has songs they love in the high-energy realm, but it's the same band, and those songs now offer a different take?"
The Stripped Sessions also allow co-singer Briton Bond a chance to expand his range with melodic vocals. "Briton is an incredible heavy vocalist; one of the best in the game," says Quistad. "Over the pandemic, he was really at home just working on his singing. We're super stoked and super proud of him."
Some of the re-imagined versions were recorded over the last few years, with the bulk of the songs, including "Folsom Prison Blues," tracked in 2021. The lineup has been able to hone the more-acoustic versions of their songs live over recent years. At VIP meet-and-greets, the lineup would bust out an acoustic mini-set. Then, after Quistad did a solo acoustic gig opening for The Ghost Inside, where he premiered his different take on "Folsom Prison Blues," Wage War decided to do a full-band but stripped version. They played the cover on SiriusXM's Octane channel, and also did a well-received acoustic show at the New York SiriusXM studios. And, they say, "Before we knew it, we realized we could do a whole record."
The Stripped Sessions adds to Wage War's already impressive and numerous career highlights. They've gotten more than 580 total million streams; hit #10 on the Billboard Emerging Artist Chart (2019), while 2021's Manic garnered more than 70M streams. Manic's chart success included Billboard's #5 Digital; #8 Hard Music; and #12 Rock. Wage War has earned press raves from the get-go, with kudos from Revolver, Loudwire, Kerrang!, Alternative Press, Rock Sound, Modern Drummer, and 2021 covers from Kerrang! and UPSET.
The Stripped songs allow both the lyrics and the listeners breathing room, an avenue for people who might not be at the best point in their life. "It's been a hard couple years for everybody," Quistad says. "There are songs on this record that I think and hope will be helpful to people who might be going through a rough time. It sounds weird, but I listen to my own music, and this record certainly helped me. It just feels like super special and plus."
He concludes, "I can finally play our music for my grandparents!"
Wage War 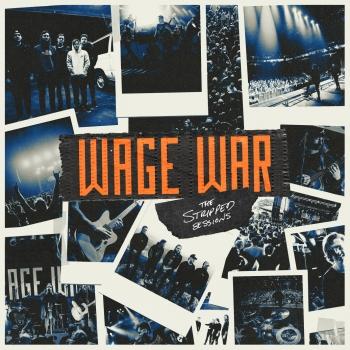 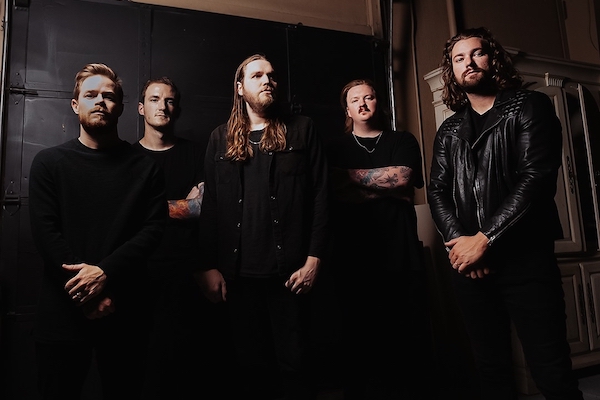 Wage War
have forged an ironclad hybrid of battering ram grooves, gnashing guitars, and melodic hooks in the heat of those extremes. Following the most trying year in recent memory, the Florida quintet—Briton Bond [lead vocals], Cody Quistad [rhythm guitar, clean vocals], Seth Blake [lead guitar], Chris Gaylord [bass], and Stephen Kluesener [drums]—only strengthened their creative bond on their fourth full-length offering, ‘Manic’ [Fearless Records]. Musically, the band struck a seamless balance between bludgeoning grooves, soaring melodies, electronic fits, and battering ram riffs, straining their past, present, and future into one cohesive statement. Thematically, they confronted everything from personal struggles to trolls and two-faced friends. After amassing nearly 300 million streams and receiving widespread acclaim from Billboard, Loudwire, Alternative Press, and more, the group delivered eleven anthems meant to connect through turbulence. “Manic’ encompasses everything we’ve gone through as musicians in the last year-and-a-half,” exclaims Stephen. “The whole industry halted, and we technically lost our jobs. Our scene was among the first to leave and the last to come back. The album captures the whole period. That’s how I’d describe ‘Manic.’” “Mania is a wild emotion,” observes Cody. “The last year was all severe highs and lows. We had some victories, but we’ve also had so many low points. We’ve built this thing for the last ten years and put all of our chips into it. We’ve missed birthdays and funerals, but we’ve done some extraordinary things. Last year, we found ourselves wondering if it would ever come back. That’s really what the album is about. ”’Manic’ represents the apex of an intense creative journey. They built a diehard audience with ‘Blueprints’ [2015] and ‘Deadweight’ [2017] and through incessant touring. 2019’s ‘Pressure’ exploded right out of the gate. “Low” piled on 23 million streams with “Who I Am” at 12 million streams and “Me Against Myself” at 8 million streams. Beyond bringing their total stream tally past ­a-quarter-of-a-billion, it landed on Loudwire’s “50 Best Metal Albums of 2019,” while New Noise Magazine graded it “4-out-of-5 stars” and Alternative Press raved, “Wage War are unapologetically changing the game on all fronts on ‘Pressure’.”