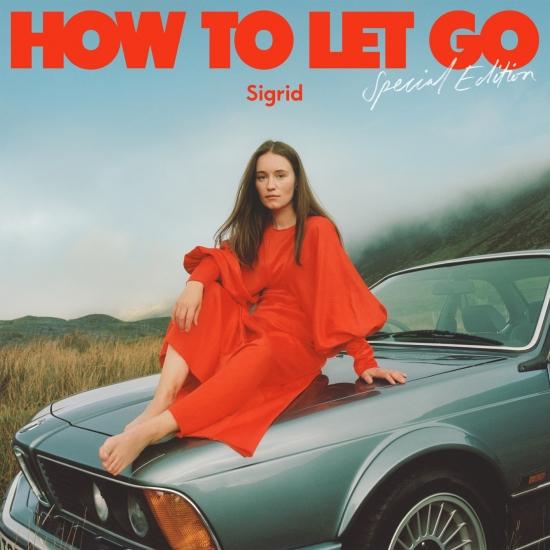 Info for How To Let Go (Special Edition)

How to Let Go is the second studio album by Norwegian singer-songwriter Sigrid, released on 6 May 2022 through Island Records.[3][4] The album serves as the follow-up to Sigrid's debut album, Sucker Punch (2019). The album was promoted by the singles "Mirror", "Burning Bridges", "It Gets Dark", and "Bad Life" with British rock band Bring Me the Horizon.
Learning how to let go is at the heart of Sigrid’s highly anticipated second album, How To Let Go, out today on Island Records/Universal Music Canada, the country's leading music company. Written over a period in intense self-reflection during the pandemic, How To Let Go is a masterpiece in pop alchemy. Taking Sigrid’s renowned powerhouse vocal and immediate pop hooks through a new lens of live instrumentation and experimental production, the follow up to 2019’s top 5 debut Gold-certified Sucker Punch is an exploration into anthemic pop soundscapes and all written for Sigrid’s defining happy place: the stage. Over the past five years we have witnessed an alternative pop star who has won critical acclaim, countless awards and accolades, toured the globe, and sold more than 100,000 records on her debut, but has always stayed true to her Norwegian roots and made us feel both comfort and escapism in an ever changing, unsure landscape. Already described a stunning, optimist (LOBF) and thrilling (Guardian), How To Let Go features the self-love summer disco tune “Mirror”, the dance-like-no-one-is-watching “Burning Bridges”, the thundering powerhouse “It Gets Dark” and the recent colossal collaboration with UK rock band Bring Me The Horizon, “Bad Life”. Today, “A Driver Saved My Night” is the latest song to be lifted from How To Let Go, an epic dance-synth tune inspired by the kindness of strangers and that moment when all you need is a taxi home; “you’re never alone when you listen to music,” says Sigrid.
The 12-track LP How To Let Go was written at a time where Sigrid was thinking a lot about her life in Norway and her life outside of Norway. “They're two different things. The chill girl who loves to ski and hike and cook versus the other part of me that's like ‘let's go out’, or let's play massive shows, go on stage and not be scared of anything. I used to be so shy as a kid but then when I'm on stage at Glastonbury for example I love losing myself in it.” Sigrid comments that sometimes those personalities clash and you get confused about what makes you thrive in life, wanting both parts but realizing sometimes they don’t always align. This sense of differing perspectives and looking at the same thing from a new angle, is reflected in the amazingly surrealist video for ‘It Gets Dark’, which was made with 'Mirror' director Femke Huurdeman and CANADA (Dua Lipa, Rosalia), featuring Sigrid escaping to space.
Sigrid 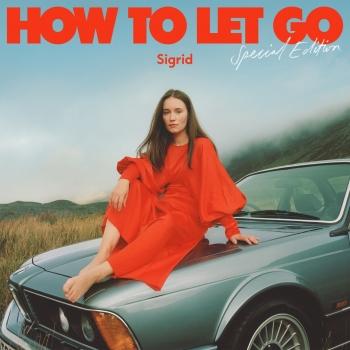 How To Let Go (Special Edition) 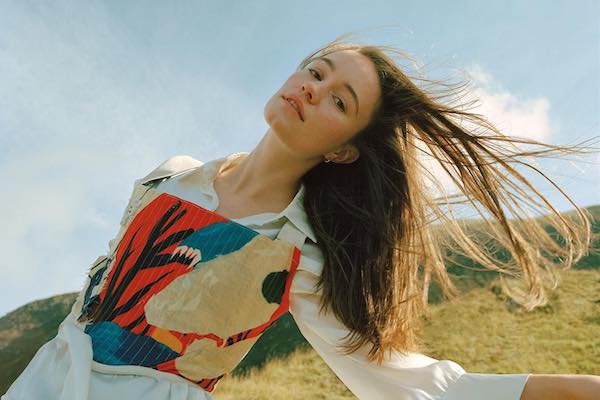 Sigrid
Raised in the small town of Ålesund on Norway’s western coast, singer-songwriter Sigrid (full name Sigrid Solbakk Raabe) began her music career at the age of 16. Fond of doing covers by artists like Adele, her brother challenged her to write an original song. She performed Sun in 2013 at a local show and the track scored her airplay on several Norwegian radio stations.
Signed soon after by Petroleum Records, Sigrid moved to Island Records three years later and has been honing her heartfelt, yet edgy electro-pop sound ever since.
She stepped into the spotlight in early 2017 with the release of her debut EP Don’t Kill My Vibe. Packed with youthful confidence, its title track drew comparisons to artists like Lorde and James Blake. Sigrid followed it up with another critically acclaimed track in autumn called Strangers that further showcased her earnest voice.
Capping off an incredible year, Sigrid performed at 2017’s Nobel Peace Prize Concert in December, as well as sang the Leonard Cohen classic Everybody Knows for the opening montage of the Justice League film.
At the age of 21, Sigrid was named the winner for BBC Music’s Sound Of 2018 poll, beating off competition from Pale Waves and IAMDDB. Her second EP Raw arrived that summer with more playful and brutally honest songs about love like I Don’t Want To Know and High Five.
Collaborating with several producers including Martin Sjølie, Odd Martin Skålnes and Askjell Solstrand, Sigrid’s debut album Sucker Punch came out in March 2019. Topping the Norwegian albums chart upon arrival, it also reached the top five in the UK. Sigrid supported George Ezra on his arena tour later that month, performed at Glastonbury to over 30,000 festival goers, and then embarked on a UK headline tour of her own in November.
In spring 2021, Sigrid released the anthemic track Mirror. Her ballad Home To You was also used for the BBC’s closing montage of the Tokyo Summer Olympics when the champions were welcomed home. In late August, Sigrid released the song Burning Bridges and confirmed details of her sophomore album along with a tour of the UK.