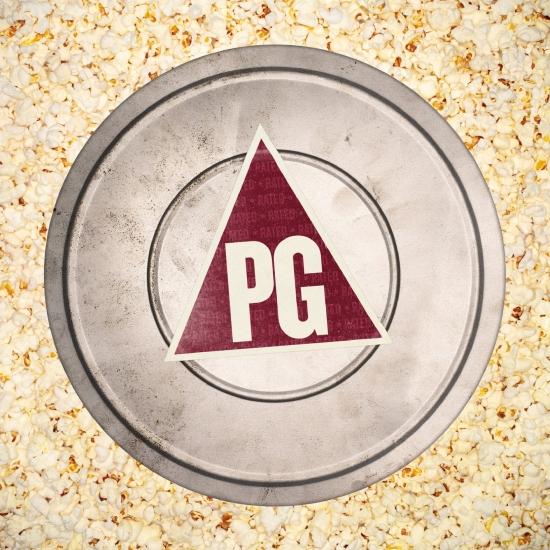 Rated PG is a collection of Peter Gabriel songs from the movies.
Having always loved the combination of film and music (aged 17 he gave up a place at film school to pursue a career in music) Peter Gabriel’s first opportunity to really marry these twin interests came when he was asked to create the music for Alan Parker’s film Birdy in 1985. Further film work, including his music for Martin Scorsese’s The Last Temptation of Christ (that became the album Passion) and the soundtrack to Philip Noyce’s film Rabbit-Proof Fence (released as the album Long Walk Home), has continued to feed that interest.
“I have always loved film and any chance I have been offered to work with good film projects and good directors I have jumped at. This is a mixture of songs that have been written for specific films, and existing songs that found an appropriate place in a story. Consequently, there is a mix of different styles and moods.” – Peter Gabriel
Alongside those longer soundtrack commissions Peter Gabriel has also regularly contributed songs to a diverse range of movies and Rated PG explores this other connection forged by Peter between his music and film.
Rated PG is an opportunity to bring together in one place, for the first time, a selection of songs written especially for, or used to notable effect in, movies and includes new and previously unreleased versions, otherwise unavailable songs and a brand new track.
Originally released for Records Store Day in April 2019, where the album was a single LP picture disc in a die-cut sleeve. Numbered and limited edition. Due to the nature of the picture disc manufacturing process the sound quality may not be comparable to our recent black vinyl releases, though every effort has been made to make this LP sound as good as possible within the limitations of the picture disc format. For the audiophiles amongst you a hi-res download code is included.
Peter Gabriel, vocals
Paddy Moloney, vocals
Black Dyke Mills Band
Soweto Gospel Choir
The Worldbeaters
Atif Aslam, vocals, Urdu vocal arrangement
Digitally remastered