We Are The Drum Kendrick Scott Oracle feat. Lizz Wright 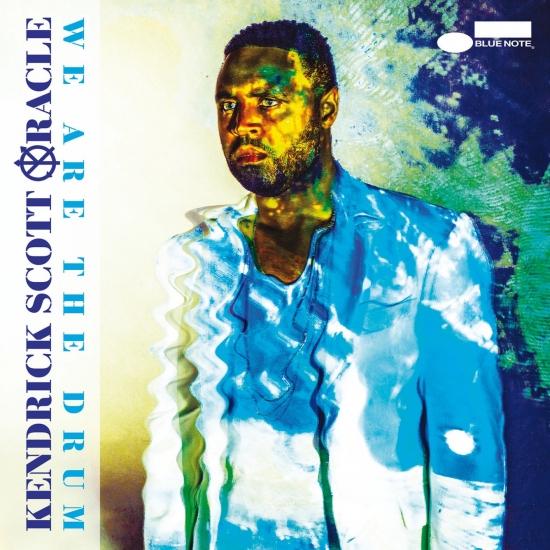 Info for We Are The Drum

Kendrick Scott Oracle Blue Note debut album „We Are The Drum“, founded by drummer Kendrick Scott who over the last decade has powered groups led by Terence Blanchard, Herbie Hancock, Charles Lloyd, Kurt Rosenwinkel & Kurt Elling, as well as the Blue Note 75th Anniversary all-star band. The album’s title track is available now as a single to download or stream.
“Kendrick Scott has become the Art Blakey, Elvin Jones, and Tony Williams of his generation,” says Blanchard. “He’s a brilliant mind bringing innovation to the music at the same time as creating a safe place for young talent to develop and grow.'
Oracle features a top notch collective of young musicians capable of a wide range of musical expression: saxophonist John Ellis, keyboardist Taylor Eigsti, guitarist Mike Moreno, and bassist Joe Sanders. Each of Oracle’s members has a songwriting credit on We Are The Drum, including six compelling new originals by Scott. The 11-track album also includes a cover of the Flying Lotus song “Never Catch Me” as well as a feature spot for the vocalist Lizz Wright who co-wrote “This Song In Me” with the album’s producer Derrick Hodge.
Although the session is led by the drummer, Scott makes clear that “it's not a percussion centered recording. Everybody is invested in it in a different way. Everybody contributed. The accent is on ‘we’ in the title. There is a sense of community in how it was created and how we work together. There is a lot of space for each player to have their say.”
„While there's no shortage of high-energy music here, and Scott is perfectly happy throwing one down the middle ('Synchrony') or taking a soulful detour with guest vocalist Lizz Wright ('This Song In Me'), the most compelling moments on this album aren't the most fiery or the most direct. Evolution and exploration are the dangling carrots that encourage deeper listening. In one case, elegant arco work may lead the way to more energetic environs ('Milton'); in another, the act of questioning is at the heart of the matter ('Make Believe'); and in a third, gorgeously winding melodic lines seduce and continually draw the ears in deeper ('Lotus'). By fully embracing the search for meaning in sounds, We Are The Drum wins out.“ (Dan Bilawsky, AllAboutJazz)
Kendrick Scott, drums
Taylor Eigsti, piano, Rhodes
Michael Moreno, guitar
John Ellis, saxophones, bass clarinet
Joe Sanders, bass
Lizz Wright, vocals (on track 3) 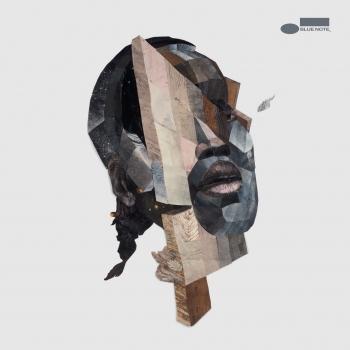 A Wall Becomes A Bridge (Mono) 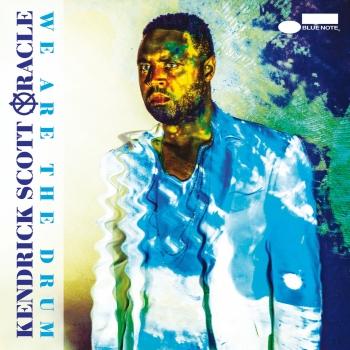 We Are The Drum 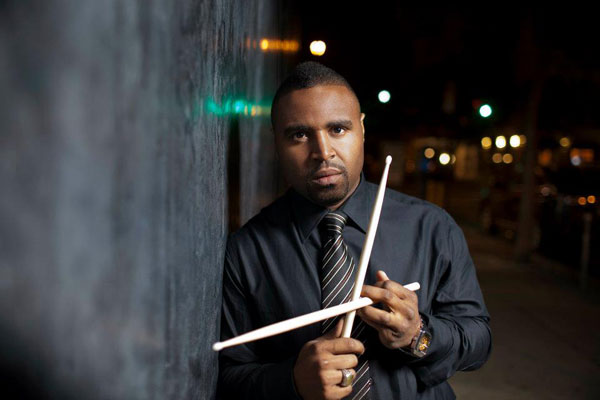 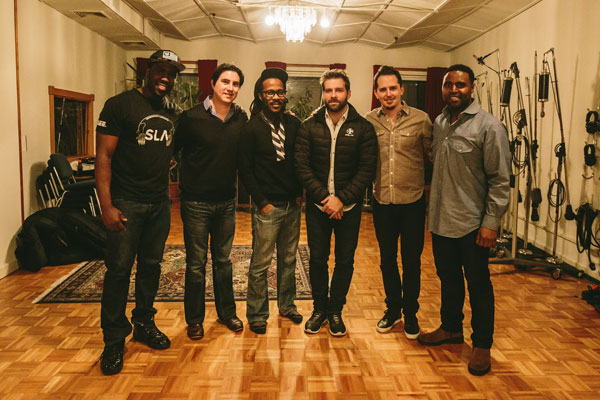 Kendrick Scott
Kendrick ‘KADS’ Scott, born July 8, 1980, and raised in Houston, Texas, is an artist of incredible depth, talent, and determination. He has been featured in Terence Blanchard’s band for the last six years and has appeared on the Grammy Award-winning and nominated recordings, A Tale of God’s Will, and Flow, on which he contributed original compositions and orchestrations. Since arriving in New York City in 2003, Scott has appeared on more than 30 records as a sideman, and on the soundtracks to seven feature films. He is recognized as an endorser by Yamaha Corporation, Remo, Vater, Puresound, Sabian, Protechtor, Craviotto Snare Drums and Danmar Percussion.
However, touring the world and recording with the likes of Blanchard, as well as Herbie Hancock, John Scofield, Dianne Reeves, Maria Schneider, Wayne Shorter, Angelique Kidjo, Bilal, Christian McBride, David Sanborn, John Patitucci, The Crusaders, Kurt Rosenwinkel, Robert Glasper, Stefon Harris, Kenny Garrett, Pat Metheny, Nicholas Payton, Patti Austin, Gretchen Parlato, Lionel Loueke, Roy Hargrove, Raul Midon, Taylor Eigsti plus playing on numerous film soundtracks by Spike Lee and other filmmakers, is not nearly enough for the uber-talented 29-year old.
While excelling in the business of playing music, Scott decided to plunge head first into the business of running a record label. In preparation for his debut recording as a leader, the drummer discovered the need for himself and other artists to have a new platform from which they could release their music. Scott also had no desire to place the destiny of his first recording in the hands of a traditional record label. In 2007, he launched World Culture Music with the release of Kendrick Scott Oracle – The Source.
Kendrick Scott grew up in a household of musicians and first encountered the drums in church, where his parents and older brother were involved in the music ministry. By age six, Scott’s parents (Stepheny and Kenneth) could see that the young man’s interest in the drums was not a passing fancy, so they set him up with sticks, a pad and lessons. “As a kid, I remember listening to the music at church and feeling chills in my body. I knew then, that music was my calling.” Years later his hard work, and the great support of his family, enabled Scott to attend Houston’s renowned High School for the Performing and Visual Arts (other graduates include Robert Glasper, Chris Dave, Mike Moreno, Jason Moran, Eric Harland, Beyonce and many others). While a student, he won Downbeat Magazine student awards, plus the Clifford Brown/Stan Getz award, presented by the IAJE and the National Foundation for the Advancement of the Arts. He was later awarded a scholarship to attend Berklee College of Music where he majored in Music Education. “Going to Berklee was pivotal for my growth as a musician. I met so many great amazing musicians and friends,” he exclaims. As an undergrad, Scott gigged with Pat Metheny, Gary Burton, and Kenny Garrett. Upon graduation, he already had offers from Joe Sample and Terence Blanchard.
The title track of his debut CD, The Source, was originally recorded on Terence Blanchard's 2005 record, Flow, for Blue Note Records. Flow features Scott as well as pianist and producer Herbie Hancock who plays on Scott's composition. "Being a part of Terence's group for seven years has been a godsend. He has given the members of the band freedom to grow and cultivate our voices. When we went in to record ‘The Source’ Herbie said he would play on it; one can only imagine how I felt." If that weren't enough, Scott's composition was the Grammy nominated track (for Hancock's solo). "I knew when I went in to record my record that 'The Source' would be the title track. It's is an homage to humanity. While the world is at unrest, I believe compassion will prevail." Kendrick Scott is one of the bright stars in an amazingly talented group of young drummers on the scene today. He remains a first call player for major artists because his humanity and compassion extends into the notes and phrases he chooses to play, which makes his playing consistently ring true as it springs forth from an ego-less, honest place. These deep roots, connected to his mentors, inspirations, peers, his parents and to the church, enable Scott to be present and in the moment, bringing to the table the wisdom of a veteran musician and the adventurousness of a perpetually curious young artist.
In the words of Terence Blanchard, "Kendrick is a true artist of the highest order. He is not bound by the conventional wisdom of the music world. I've noticed that he never says why, but rather why not. He is exactly what the music world needs: someone with the vision and courage to press forward and expand the world of music. I am blessed to have him around and look forward to seeing what he does every time we play.”