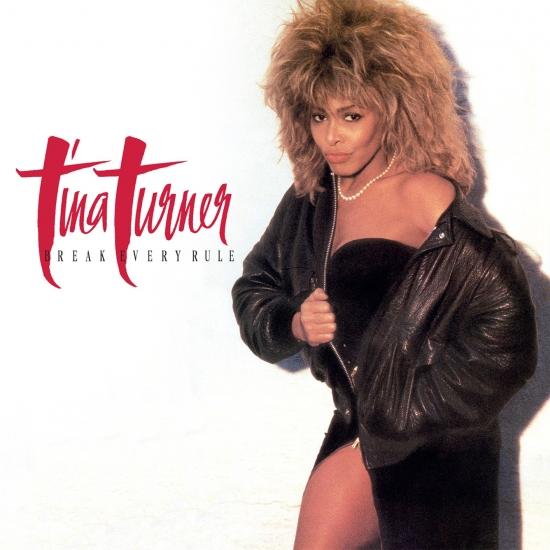 Info for Break Every Rule (2022 Remaster)

Break Every Rule was Turner’s follow-up album to the hugely successful comeback album Private Dancer. The first single Typical Male was a big chart success, reaching number two in the US and number three in Germany, alongside several top 10 finishes across the globe. Back Where You Started earned Tina another Grammy for 'Best Rock Vocal Performance' in 1987. The album included a number of star-studded guest performances and songwriting from David Bowie, Mark Knopfler, Bryan Adams, Phil Collins, Steve Winwood and many more. It also saw the return of Terry Britten and Graham Lyle’s songwriting partnership, penning the first five tracks of the album.
"Because it contains its share of memorable and inspired material -- and even a few gems -- it seems inappropriate to call Tina Turner's Break Every Rule a disappointment. But because Private Dancer was so incredible a comeback, one greeted this anxiously awaited follow-up with such high expectations that anything less than outstanding would have been disappointing. And the album isn't outstanding -- it's generally quite enjoyable and far from weak -- but not outstanding. Be that as it may, there's a lot to savor here. "Two People" is forgettable, but Turner definitely has some gems in the power ballad "I'll Be Thunder," the driving rocker "Back Where You Started" and the haunting David Bowie piece "Girls." While Private Dancer would be a much better introduction to Turner's work as a solo artist, this has more pluses than minuses." (Alex Henderson, AMG)
Tina Turner
Digitally remastered 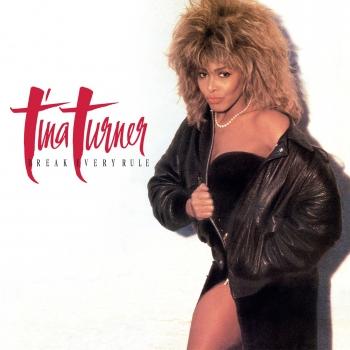 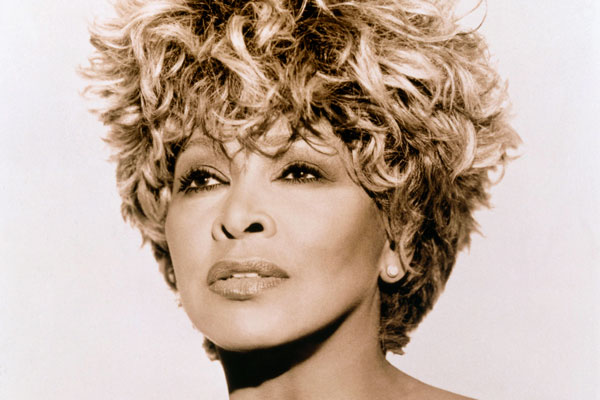 Tina Turner
Born Anna Mae Bullock has an estimated net worth of $200 million. Bullock, famous as Tina Turner is a singer, dancer, actress, author, and choreographer. Turner’s musical career began in 1957 when she sang on one of the performances of Ike Turner’s band, Kings of Rhythm. In 1958, Turner had her first studio recording singing background, under the name "Little Ann", on the Ike Turner song, "Box Top", alongside singer Carlson Oliver. In 1960, Tina and Ike’s duo "A Fool in Love" peaked at #2 on the Hot R&B Sides chart by August and #27 on the Billboard Hot 100 by October. In 1961, Tina and Ike’s duo It's Gonna Work Out Fine" peaked at #14 on the Hot 100 and later won their first Grammy Award nomination for Best Rock and Roll Performance. From 1978 to 1979, Turner promoted her Wild Lady of Rock 'n' Roll tour, where she continued to be successful in a live act. In 1982, Turner recorded a cover of The Temptations' "Ball of Confusion" for the UK production team B.E.F. which became a hit in European dance clubs. In November 1983, Tina released her cover of Al Green's "Let's Stay Together" with Capitol. The record reached the top 40 and top 10 in UK and at #26 on the US pop chart and top 5 of the US R&B and dance charts in February 1984. In June 1984, turner released her album, Private Dancer which peaked at the Top 5 of the Billboard album charts and sold five million copies in the U.S. and a total of eleven million copies worldwide. In 1996, Turner released her comeback album, Wildest Dreams which went gold in the US and platinum success in Europe. In early 2000, Turner’s Twenty Four Seven Tour concert tour grossed over $100 million. In 2004, Tina made her first professional appearances following her semi-retirement, released the compilation album, All the Best, which produced the single "Open Arms", and sold more than a million copies in the US. In October 2008, Turner embarked on her first tour in nearly ten years with the Tina!: 50th Anniversary Tour. Turner appeared on the cover of the German issue of Vogue magazine in April 2013, at age 73.