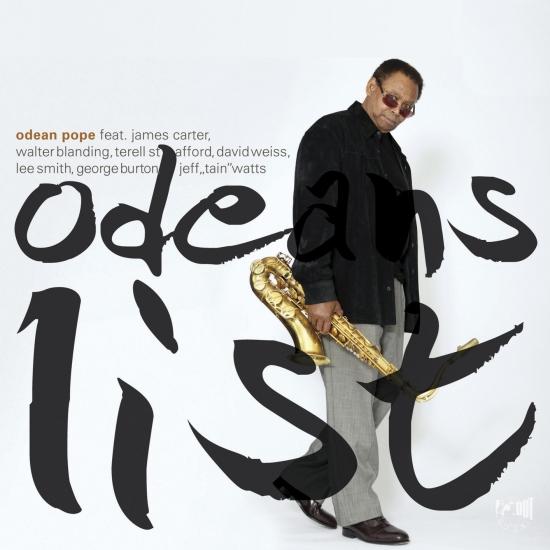 Tenor saxophonist Odean Pope's album, "Odean's List," rivals his best work with Max Roach and his own formidable solo albums. And as far as I'm concerned, it's far and away the best new jazz CD released this year.
He had a lot of help. Saxophonists James Carter and Walter Blanding, trumpeters Terell Stafford and David Weiss, pianist George Burton, bassist Lee Smith and drummer Jeff "Tain" Watts follow Pope through a rich landscape of bebop, blues and Latin rhythms. The horns blend seamlessly. On some of the 10 tunes they seduce listeners with warm tones capped with unpredictably rough edges. But they're best when every note explodes in frenetic kaleidoscope of colors on tunes such as "Collections" and on the title track.
Pope and Smith shade everything with blue for a saxophone-bass duet on "Say it Over and Over Again," a flat-out gorgeous ballad.
“I am thrilled to see this album by Odean Pope to be released on In+Out Records. I have known Odean since way back when he first came to Europe with Max Roach. After that, the first album he made for Moers Music with Gerald Veasley and Cornell Rochester didn’t leave my record player for weeks. ‘Odean’s List’ is a gem! The spirit of this album contains the very essence of what the best jazz has always been – original, creative music with these greatmusicians having the courage to soar both individually and collectively with Odean Pope’s compositions.” (Odean Pope)
Founding father of the jazz saxophone Odean Pope has been described as a tenor terror by JazzTimes. A musician s musician, he attracts some of the most exciting musical minds to collaborate with him, as seen on this CD, whose roster includes James Carter, Jeff Tain Watts, Terell Stafford, Walter Blanding, David Weiss, Lee Smith, and George Burton.
„Belong[s] to the main important innovators in jazz. Excellent! (FonoForum)
„Raw and powerful.“ (Stereoplay)
„Dense but luxuriant, and it moves quickly. Thoroughly propulsive.“ (Boston Phoenix)
Odean Pope, tenor saxophone
Walter Blanding, tenor saxophone
James Carter, tenor saxophone, baritone saxophone
David Weiss, trumpet
Terell Stafford, trumpet
George Burton, piano
Lee Smith, bass
Jeff "Tain" Watts, drums
Produced by Deena Adler 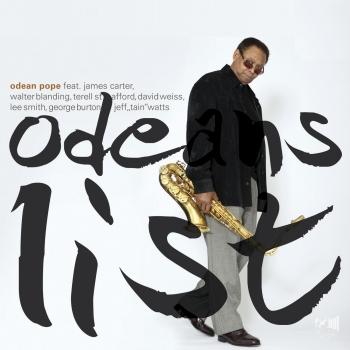 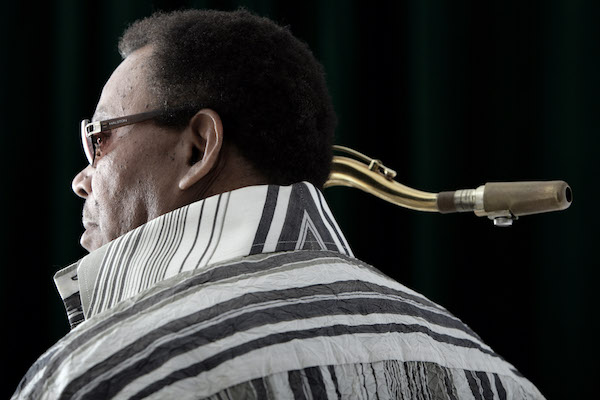 Odean Pope
was born in Ninety‐Six, South Carolina to musical parents who rooted him in the sounds of the Southern Baptist Church. After moving to Philadelphia at the age of ten, his lifelong study of music began in earnest and was buttressed by The Graniff School of Music and Benjamin Franklin High School's music program.
Odean grew up in jazz rich territory with other Philadelphia notables such as: John Coltrane, Lee Morgan, Clifford Brown, Benny Golson, McCoy Tyner, Jimmy and Percy Heath, Ray Bryant, Bill Barron, Kenny Barron, Archie Shepp, Jymie Merritt, Jimmy Garrison, Philly Joe Jones and Dizzy Gillespie. Coltrane chose Odean to replace him in Jimmy Smith's Group when he left for New York to join Miles Davis. Although he was close to Coltrane and continues to revere his artistry, Odean was always searching for his own musical sound. This led him to study with Ron Rubin, the principal woodwind player in the Philadelphia Orchestra. At a later time he studied at The Paris Conservatory for Music under Kenny Clarke. It was there that he received his Certificate in Orchestration, Modern harmony, African rhythms, Be‐Bop Art Forms and Arrangement. He studied with the pianist, Ray Bryant, bassist, Jymie Merritt and was significantly influenced by the brilliant, if not eccentric pianist, Hasaan Ibn Ali. Odean adds, 'Then being able to study with Max (Roach) from '79 up until '02, was like going to one of the highest institutions in the whole world.'
Integrating several musical influences including the church choir of his youth, Philadelphia jazz and R&B of the 50's and classical woodwind chamber music, led Odean in the early 70's to help form Catalyst, a collective of musicians and music representing his new aesthetic. A two‐CD set was reissued in 1999 on 32 Records as: 'Catalyst: The Funkiest Band You Never Heard.' It was music ahead of its time. In 1979, Odean joined the Max Roach Quartet as a regular member for more than two decades. It was as the tenor man with Max Roach that Odean perfected the techniques of circular breathing and multiphonics, both allowing him to stretch his solo improvisations from dazzling elevations to the throbbing, husky sounds for which he is so well known, to all kinds of delicacy in getting from one to the other. Odean won acclaim from Australia to Japan, even winning 'Best Tenor Saxophone Player' at the North Sea Jazz Festival.
Odean works with his trio, (Lee Smith, Craig McIver) quartet and saxophone choir. The saxophone choir is formatted with nine saxophones, and was established by Odean in 1977 and premiered in 1985 with a Soul Note album called 'The Saxophone Shop.' The saxophone choir has been the realization of his southern legacy; a medium for creating the richly textured harmonic sound that has permeated his musical soul since childhood. Even though he plays clarinet, oboe, piccolo, flute and piano, Odean feels an affinity for the tenor saxophone because it most closely mimics the human voice. He constructs layers of melodic sound by playing within the fourth system in different tone scales using multiphonics, achieving several pitches together, for which he is well known. The choir reaches a stunning intensity that is simultaneously one voice and is also, as described by Francis Davis, 'harmonically engorged.'
Odean has led two musical lives. Whereas his musical legion left for New York, Odean kept Philadelphia as his home base. Having grown up in North Philadelphia, Odean has always felt a strong commitment to his community through working musically with the children. He was musical director of a Philadelphia cultural initiative, 'Model Cities.' He started the jazz studies program at the Settlement Music School and he continues to give master classes in the School District of Philadelphia, as well as nationally and internationally. Odean Pope's artistry as performer, composer and arranger has earned him many citations from the City of Philadelphia. Among his many awards are: The Pew Fellowship in the Arts for Music Composition (1992), The Rockefeller Foundation (1992) and several from Chamber Music America.