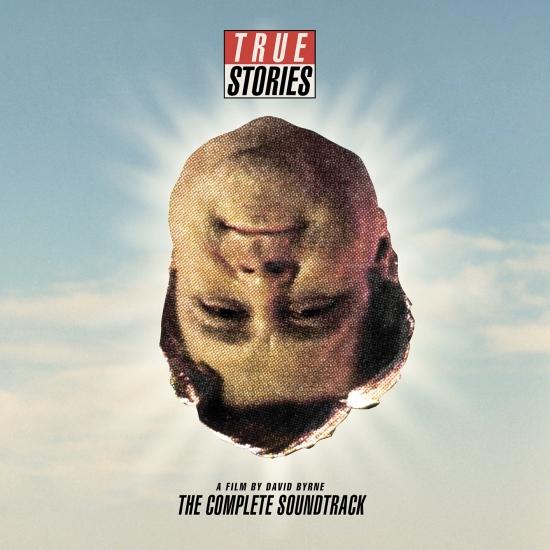 Info for True Stories, A Film By David Byrne: The Complete Soundtrack

Music icon David Byrne was inspired by tabloid headlines to make his sole foray into feature-film directing, an ode to the extraordinariness of ordinary American life and a distillation of what was in his own idiosyncratic mind. The Talking Heads front man plays a visitor to Virgil, Texas, who introduces us to the citizens of the town during preparations for its Celebration of Specialness. As shot by cinematographer Ed Lachman, Texas becomes a hyperrealistic late-capitalist landscape of endless vistas, shopping malls, and prefab metal buildings. In True Stories, Byrne uses his songs to stitch together pop iconography, voodoo rituals, and a singular variety show—all in the service of uncovering the rich mysteries that lurk under the surface of everyday experience.
"In the mid-'80s, David Byrne was enjoying his heyday as America's favorite multimedia eccentric when he persuaded Warner Bros. to bankroll a feature film he would write and direct. The result was 1986's True Stories, a quirky but generous study of the denizens of a small town in Texas. In the movie, several of the characters sang songs written for the project by Byrne, but to help promote the movie, the producers insisted that Byrne and his band Talking Heads record an album that offered their interpretations of the True Stories songs. The Talking Heads album was a chart success, but while an album of other pieces Byrne penned for the movie, Sounds from True Stories: Music for Activities Freaks, appeared in 1986, the performances from the film's cast went unreleased. That changed in 2018, when the Criterion Collection gave the movie True Stories a deluxe release on Blu-ray and DVD; as a bonus, they included a CD that compiled a complete soundtrack album for the film for the first time. Nonesuch Records has given the soundtrack a stand-alone release, and True Stories, A Film by David Byrne: The Complete Soundtrack is certainly a more satisfying release than the out of print Sounds from True Stories. The sequence of the album is a much better approximation of the ebb and flow of the movie, and the best performances from the actors have a gravity and emotional force that Byrne's delivery didn't always catch, especially Annie McEnroe's evocative "Dream Operator" and John Goodman's "People Like Us," which has an honesty and heart that sometimes belie the lyrics. And "Cocktail Desperado" by Terry Allen & the Panhandle Mystery Band is a terrific track that has long deserved wider exposure. However, there's a low-key tone to much of this music, and the Talking Heads tracks here ("Wild Wild Life," "Love for Sale," and "City of Dreams") stand out in sharp relief, with their bright and booming production and a level of energy and force the rest of the tracks don't try to match. David Byrne fans will appreciate having all this in one place for the first time, but the truth is that a lot of what's here is background score, and divorced from the movie it doesn't have an especially strong identity of its own, even if some individual pieces like "Glass Operator," "Road Song," and "Dinner Music" are quite lovely. The movie True Stories deserves reevaluation, and True Stories, A Film by David Byrne: The Complete Soundtrack will please its partisans, but picking up Criterion's release of Byrne's film may be a better way to experience this music in its intended context." (Mark Deming, AMG)
Digitally remastered 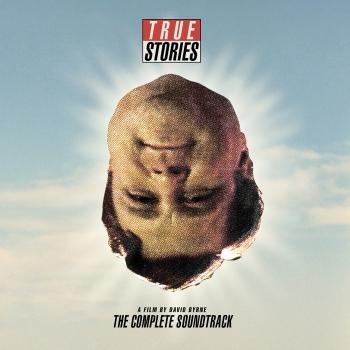 True Stories, A Film By David Byrne: The Complete Soundtrack

Booklet for True Stories, A Film By David Byrne: The Complete Soundtrack