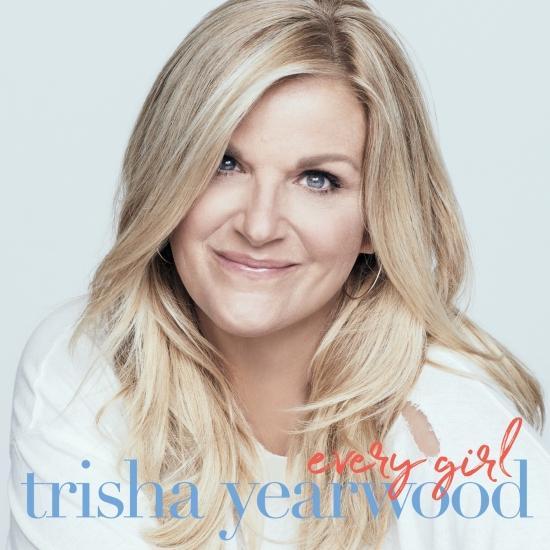 Info for Every Girl

After releasing her Frank Sinatra cover album, Let’s Be Frank, in February, the Georgia native is treating us to even more new music with her first full-length country album, Every Girl, in 12 years.
To kick off the release of her new album, Trisha released the lead single, “Ever Girl in This Town,” and embarked on a three-day Every Girl Road Trip, which had her tracing the trek she made to follow her dreams, beginning in Monticello, Georgia and ending in Music City. That trek began in 1991 with the release of her debut No. 1 hit, “She’s in Love with the Boy,” featured on her self-titled debut album.
Trisha followed that up with 10 subsequent studio albums, with her last, Heaven, Heartache and the Power of Love, releasing in 2007.
“I hadn’t made any music in a long time so there’s maybe a mistaken thought that I was more interested in doing the other things I do,” Trisha revealed. “But music is what feeds my soul. So as much as I enjoy the cooking show and all the other things that I get to do, this is really what I need to do. I’ve had the best time making these records and this country record. I was just so pleasantly surprised by the songs that I found. I’m so excited for the whole album to get out there. ‘Every Girl in This Town’ has been so well received and it’s awesome, but there’s a whole story to tell on this album, so I’m really excited for it to get out there.”
"The release of Every Girl brings Trisha Yearwood back where she should be: at the forefront of country music as one of its finest vocal stylists. This is her first set of all new material since 2007's Heaven, Heartache, and the Power of Love. Produced by longtime collaborator Garth Fundis, Every Girl includes a whopping 14 songs from a host of fine composers and lyricists, some of whom are relative newcomers. Kelly Clarkson provides a wonderful harmony vocal on opener "Workin' on Whiskey," a desolate, country waltz (she also appears as a duet partner on "Tell Me Something I Don't Know"). Yearwood digs deep into the lyric's grain and pulls its lonely desperation up by the roots for the listener to witness. She shifts gears abruptly on the soulful, pop-leaning "Find a Way." It's a rousing, up-tempo paean of commitment to healing her beloved -- no matter how hard his fear tries to push her away. Yearwood's falsetto in the recurrent refrain is not only resonant, it's believable. Karla Bonoff's "Home" was originally recorded by Bonnie Raitt for 1977's Sweet Forgiveness. While that version was drenched in longing for an unattainable ideal, Yearwood's -- with its whining pedal steel, sweeping strings, piano, and a honky tonk band -- frames it as a portrait of gratitude and solace. The affirmative, empathic "Every Girl," co-written by Caitlyn Smith (who appears on backing vocals), Erik Dylan, and Connie Harrington, offers timeless feminist inspiration atop a rocking backbeat and anthemic refrain; it's reminiscent of the great material that launched the singer's career -- without the hint of nostalgia. In the tender, swinging, bluesy "What Gave Me Away," Yearwood's phrasing is sultry, sassy, and passionate, while husband Garth Brooks appears in duet, offering rootsy support. "Something Kinda Like It" is a strutting roots-rocker with Tim O'Brien singing perfect harmony. Gretchen Peters is one of the finest living songwriters in virtually any musical genre, and Yearwood's tautly dramatic reading of her "Matador" smolders with barely restrained passion, framed by a startling arrangement complete with wrangling, Spanish-tinged lead guitar and humid mariachi horns. Another highlight, "Bible and a .44," featuring longtime friend and compatriot Patty Loveless, is adorned in staggered layers of fingerpicked acoustic guitars, brushed snares, and gospelized country harmonies. Closer "Love You Anyway" is stripped to the bone; Yearwood's only accompanists are a piano, a skeletal synth, and Don Henley's iconic harmony in a tried-by-fire love song. That track sends this album off with resonance, fortitude, and an abundant tenderness." (Thom Jurek, AMG)
Trisha Yearwood, vocals
Produced by Garth Fundis 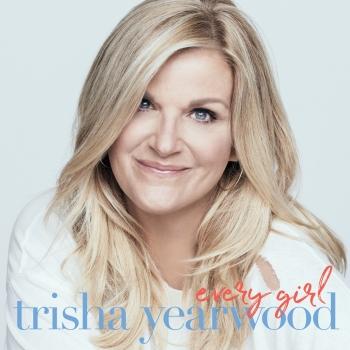