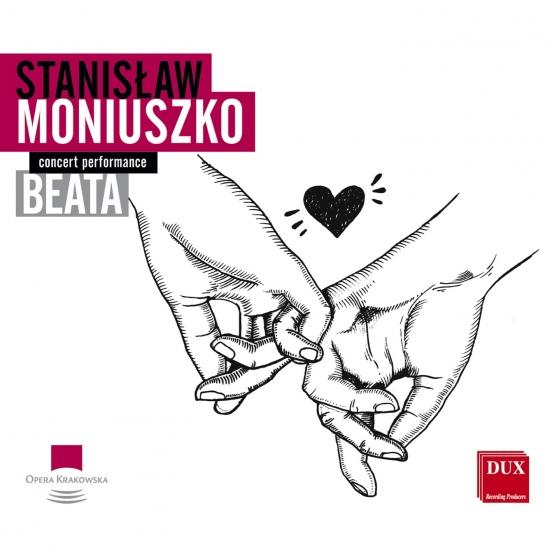 The operatic output of Stanislaw Moniuszko is most often associated with national themes and numerous references to patriotism and propagation of patterns related to the Polish culture. It turns out, however, that the composer's main goal was not always to promote the native tradition. Beata, the last, one-act opera by Stanislaw Moniuszko, is a less emotionally complex composition than for example The Haunted Manor. During the life of the composer the work was not approved by the Polish audience, expecting from the composer rather works to cheer people's hearts than a vaudeville. The action of this comic opera is based on numerous intrigues and love affairs of the main character, Beata. This album in a sense shows us the operatic output of Stanislaw Moniuszko from a different, not so obvious, perspective. The present recording is connected with the restoration to the life of this forgotten, as a result of World War II, work by the Kraków Opera. The reconstruction of the score destroyed in the ruins of the Warsaw Grand Theatre was performed by Krzysztof Baculewski on the basis of the piano reduction.
Wanda Franek, mezzosoprano
Mariusz Godlewski, baritone
Monika Korybalska, mezzosoprano
Paula Maciołek, soprano
Katarzyna Oleś-Blacha, soprano
Janusz Ratajczak, tenor
Adam Szerszeń, baritone
Wojtek Śmiłek, bass
Łukasz Załęski, tenor
Krakow Opera Orchestra
Krakow Opera Orchestra and Choir
Tomasz Tokarczyk, conductor 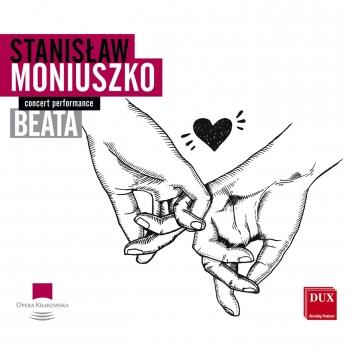 The Krakow Opera
established in 1954, has been proving its importance from season to season, thanks to the excellent quality of its artistic endeavours. Throughout the years, the Opera has worked with some of the world’s and Poland’s most outstanding artists, including conductors: Kazimierz Kord, Antoni Wicherek, Robert Satanowski, Jerzy Katlewicz, Ewa Michnik, Wojciech Michniewski, Andrzej Straszyński, Tadeusz Kozłowski, Jan Latham-Koenig, and Aurelio Canonici, producers: Tadeusz Kantor, Lidia Zamkow, Marek Weiss-Grzesiński, and Laco Adamik, and stage designers: Józef Szajna, Andrzej Kreutz Majewski, Kazimierz Wiśniak, Krystyna Zachwatowicz, and Zofia de Ines. The audience of the Krakow Opera have witnessed the debuts of such acclaimed singers as Jadwiga Rappé, Jadwiga Romańska, Teresa Żylis-Gara, Wiesław Ochman, Bolesław Pawlus, Kazimierz Pustelak, Roman Węgrzyn and many more.
The Opera is one of the few institutions in the city that had to put up with the lack of its own venue for decades and had therefore performed on various city stages. Finally, on 13 December, with Devils of Loudun – Krzyszof Penderecki's first work, the Krakow Opera’s new house was inaugurated. This modern building houses the Main Stage which seats an audience ofThe audience view of the Main Stage 760 persons, the Chamber Stage which seats 150 persons, and a restaurant.
The Krakow Opera’s repertoire includes the world’s and Poland’s greatest operatic works, ballet performances, operettas, and music shows directed at young audiences. It stages about 200 performances a year, with 98% of seats occupied.
Recently the Opera has been using historic interiors, monuments and natural areas of Krakow and its neighbouring towns as the scenery for its productions, including the unforgettable The Haunted Manor, staged in the Renaissance courtyard of the Royal Castle in Niepołomice (2002 and 2003), Madama Butterfly, presented in the unique interiors of the Wieliczka Salt Mine (2003), or the performances of Tosca and The Haunted Manor among the beautiful architecture of the Wawel Castle in Krakow (2005). The outdoor performance of Halka, staged in the natural scenery of Krakow’s Skałki Twardowskiego was named the artistic event of the season by both the audience and the critics (2004). The show Madama Butterfly in the Wieliczka Salt Mineattracted an audience of about 5000 people. During the Summer Festival, the Krakow Opera uses an outdoor stage located in the Arcaded Courtyard of the Wawel Castle, which has witnessed the spectacular performances of The World’s Greatest Operatic Arias (2008, 2009) and The Barber of Seville (2009), with Artur Ruciński in the title role.
The Krakow Opera invites soloists of worldwide fame: Mariusz Kwiecień, Andrzej Dobber and Artur Ruciński, artists who have enjoyed great success in New York’s Metropolitan Opera, Milan’s La Scala and many others. The Opera works with some of Poland’s best singers, including Joanna Woś, Dariusz Machej and Mikołaj Zalasiński. Magdalena Barylak, Katarzyna Oleś-Blacha, Bożena Zawiślak-Dolny, Andrzej Biegun and Tomasz Kuk are the Opera’s resident artists.
The Krakow Opera supports artistic initiatives. The “Opera Studio Scene” was established with such projects in mind. It favours unconventional forms of music and artistic experiments. It is home to Winter Journey by Schubert/Barańczak, Cabaret lunaire with music by Arnold Schönberg and Agata Zubel in the main part, as well as Teresica – una pasión, an opera-serenade alluding to the culture of Spanish Golden Age.