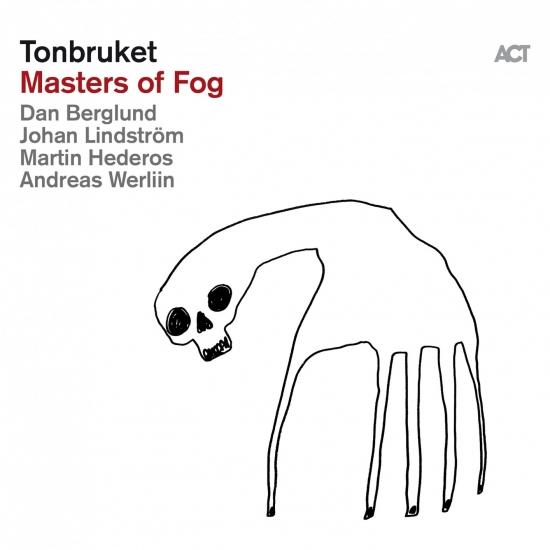 Info for Masters of Fog

"Masters of Fog" is a lively and self-confident departure into a world of new adventures in sound. Berglund, Lindström, Hederos and Werliin are not only completely cognisant of their own capacities, they also know what they want.
Perseverance yields results – and sometimes produces things which just seem to get better and better...like Tonbruket (it means ‘sound factory’). The four Swedes have been making music together for 10 years now, and in their sixth album "Masters of Fog", the band has done the musical equivalent of throwing a smoke grenade. Musical genres suddenly become indistinct and blurry. Tonbruket give themselves up to the imagination, to the senses, and to the intoxication of the moment. It really doesn't fit into any category – except that it is deeply enjoyable.
When Tonbruket was formed in 2009 and consists of four equals with markedly different musical backgrounds. Bassist Dan Berglund brought to it a remarkable openness to new stylistic ideas and also a natural inquisitiveness, both of these traits having developed significantly during his fifteen years travelling the world as a member of e.s.t. Guitarist/multi-instrumentalist Johan Lindström has a seemingly effortless command of just about any stringed instrument. His instinct for tone colour brings to mind the painter Caspar David Friedrich, such is the limitless extent of the timbres and moods in his musical palette. Keyboard player Martin Hederos came to prominence as a member of the Swedish rock band The Soundtracks Of Our Lives. The fourth member of the band is drummer Andreas Werliin, who made a Europe-wide sensation in the edgy voice/drums duo Wildbirds & Peacedrums and currently thrives on the particular mixture of free jazz, psychedelic rock and noise which defines Mats Gustafsson's trio Fire!
The fact that such a combination of personalities can be made to work at all is down to the combined will and talent of all four protagonists, as they give their unconditional commitment to the band, and never draw attention to themselves as individuals. On the albums "Tonbruket" (2010), "Dig It To The End" (2011), "Nubium Swimtrip" (2013), "Forevergreens" (2016) and "Live Salvation" (2018), the four brought their total conviction to describing a journey. From the sources of jazz to a confluence of prog rock, Americana, psychedelia, North African music, ambient trance music and avant-garde pop. Although the band has no front-man in the conventional sense, comparisons with groups like Radiohead or The National are apposite. Describing Tonbruket's style with normal genre descriptors is more or less hopeless, because Tonbruket is not just the sum of everything that the individual members have picked up on their travels, they always have an astonishing capacity to emerge in a radically different place from where they have just been.
Tonbruket’s sixth album "Masters of Fog" is not just an affirmation of who Tonbruket are, it is also a challenging and new departure. Far from using their tenth anniversary as a pretext for looking back, they have the desire more than ever to explore new terrain here. And whereas on each their previous albums there was a single narrative thread, "Masters of Fog" is much more like a collection of separate short stories which nonetheless have logical links to one another. The sound palette has become so diverse, the combination of the four voices has become so complex, it can sometimes be tricky to work out which member of the band is producing which particular sound. In terms of cohesion, the band has once again reached new high-point with its energy and communication. The compelling groove, the search for the new in the old and the panoramic sound are still the hallmarks of a band which is recognizably Tonbruket from the very first note. And yet the combinations of sounds, melodies and references appear completely new. Berglund, Lindström, Hederos and Werliin are not only completely cognisant of their own capacities, they also know what they want. "Masters of Fog" is a lively and self-confident departure into a world of new adventures in sound. And as for where Tonbruket might be headed next, not even these four undaunted travellers are going to be able to tell you that!
Dan Berglund, double & electric bass
Johan Lindström, guitars, pedal steel guitar & keys
Martin Hederos, piano, synthesizers & violin
Andreas Werliin, drums, percussion & radio (on 2) 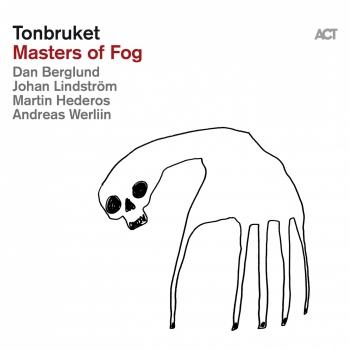 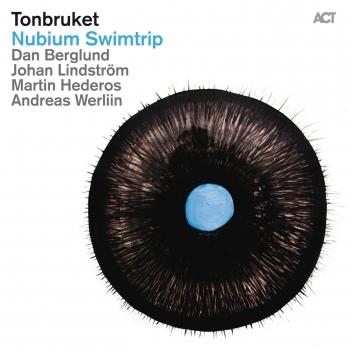 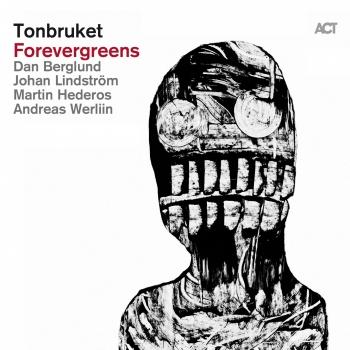 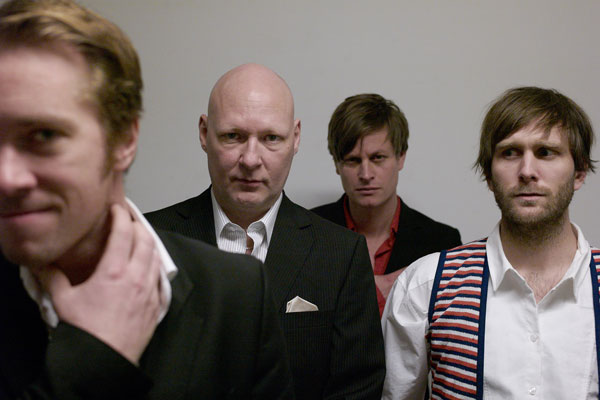 Tonbruket
Dan Berglund was born in May 1963 and spent his childhood and youth in a small village in Sweden called Pilgrimstad near Östersund. He grew up in a very musical family and was soon introduced to very different styles of music including Swedish folk music, pop and rock. At the age of ten he started playing guitar and electric bass in rock bands – strongly influenced by artists like Thin Lizzy, Black Sabbath and Deep Purple.
In the course of his professional music education at the Birka Folkhögskola in Östersund, Dan Berglund switched to double bass. He played in the local state-run orchestra, which led to extensive touring and first TV-engagements.
In 1990 Dan got tired of playing with the orchestra and wanted to improve his musical skills, so he moved to Stockholm, registered with the Royal Music University and immediately got to know all of the capital’s great musicians – among them the singer Lina Nyberg. It was during one of the tours with Lina Nyberg that Dan Berglund met pianist Esbjörn Svensson for the first time. Esbjörn had composed several of the songs that Lina sang during her set and one day he asked Dan whether he would like to join the Esbjörn Svensson Trio.
The breakthrough for the band came after 7 long years with the albums “From Gagarin’s Point of View”, “Good Morning Susie Soho” and “Strange Place for Snow” and tours outside of Sweden. Finally e.s.t. - as they had named themselves in the meantime to document the collective group character of their collaboration - was playing worldwide to an ever-growing audience. They were selling six-digit figures per album release, winning lots of awards and were heralded as the “Trio of the Decade” (London Times) and re-inventors of jazz.
One of the keys to the band’s success probably was: the different influences in their musical backgrounds, that all of them brought - equally-weighted - to the table, and melted into a unique band sound and concept. Dan Berglund was legendary for his deep and full “Mingus-like” bass tone and his “Jimi Hendricks-like” solos, using all sorts of effects to make the double bass sound like screaming electric guitars. This has made him the sensation in many of e.s.t.´s concerts.
Esbjörn Svensson’s untimely death in the summer of 2008 put an end to Europe’s most successful jazz outfit. Dan at first resiled from all musical activities, trying to cope with this huge loss, but then he hooked up with some of his musical friends from the pre-e.s.t. era and during lots of sessions in rehearsal rooms found the joy and happiness in the creation of music again: “e.s.t. is part of my history, it influences my music making and composing right now. I was in it, it was in me and it will always be with me – just like my hard-rock history has always been part of me”.
His new partners are Johan Lindstroem on guitar, who he had met during his time at the “Per Texas Johansson” band, Martin Hederos from the pop-band “The Soundtracks of our Live” on piano, and Andreas Werliin on drums. For their new band and debut-album DAN BERGLUND’S TONBRUKET they have composed, arranged and produced all songs together.

Booklet for Masters of Fog