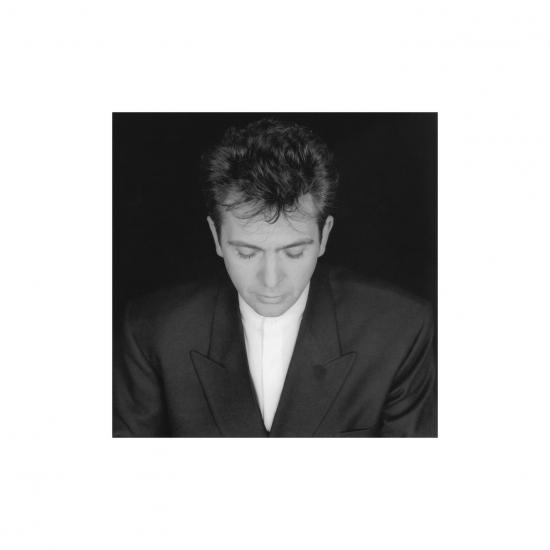 Released in 1990, Shaking The Tree is a career-spanning overview of Peter’s solo years (up to that point) from the first self-titled album of 1977 up to the 1989 Passion soundtrack with a few curiosities and rarities to grab the ear of the completist. The compilation’s title track, a playful duet between Peter and Senegalese superstar Youssou N’Dour, hadn’t previously appeared on a Gabriel album, just on Youssou’s The Lion album. Here it reappears, albeit it with a new vocal from Peter. Here Comes The Flood, originally from that 1977 debut, is also revisited, this time in a deeply effective (and affecting) piano-and-voice treatment.
“’Shaking The Tree’ was somewhat ironically called ‘Sixteen Golden Greats’. Normally people do their greatest hits, but it would be more like greatest ‘hit’ for me.
It gave me the chance to do another version of ‘Here Comes The Flood’. We’d done one on the first album which was a grand thing with orchestra, which I think had some beautiful textures in the verse, that I liked a lot, but the chorus ended up a little too bombastic, I think. I’d done a demo prior to that with Robert Fripp, and he then did a version, which was much more like the demo on his record. I wanted to take a simpler, more emotional sketch version of it and do it more with voice and piano, so I used ‘Shaking The Tree’ as an opportunity to do that. That was the only new piece; the rest was some of the favourite songs that had been selected from previous albums.
‘Shaking The Tree’ has artwork which was done by Robert Mapplethorpe who I think is one of the great photographers. Although he’s really well known for some of the shocking work that he did, there’s also some fantastic stuff that he’s done of portraiture, which is probably one of my favourite photography books. When I went up to his New York apartment he was sort of checking me out. He was very easy-going, I’m sure he could be difficult, but in terms of working with me, it was very easy.
I was really happy with the results. I’d decided to do some photos with my eyes shut; so you have one, which is on the front with eyes shut, and then eyes open. It’s something that Robert then tried with a few other people. It was an interesting experience.
One of the things that I’ve always enjoyed about the things that I do is that I do get a chance to meet interesting people from a lot of other areas. I’ve always loved visual things.
I remember when I did a school aptitude test that landscape gardener and photographer were the only two things that they thought I would be able to do. And I’ve still kept an interest in photography for many years, even though I haven’t really pursued it. Getting to work with great photographers and being involved now in some of the design work that we do with our records, has been something I’ve got a lot of pleasure from.“
"Greatest-hits albums are a traditional way of buying time for artists between albums. Peter Gabriel's, entitled Shaking the Tree: Sixteen Golden Greats, arrived in December of 1990, as he was toiling away at the follow-up to his smash So, which was four years old at that point. As greatest-hits albums go, it's pretty good, containing all the hits, plus an effective re-recording of "Here Comes the Flood" and a good new song in the form of the title track. While the sequencing may leave something to be desired -- it is neither chronological, nor as supple as a good mix tape -- it does contain nearly everything a casual fan could want (nothing from the second album, though; both "On the Air" or "D.I.Y." would have been nice additions), making it an effective sampler." (Stephen Thomas Erlewine, AMG)
Peter Gabriel, vocals, piano, fairlight, prophet, CS80, percussion
Tony Levin, bass, stick, drumstick bass
Steve Hunter, guitar
Robert Fripp, guitar
Larry Fast, synthesizers
Alan Schwartzberg, drums (1)
Jerry Marotta, drums (2,4,8,10-12,16), drumstick bass (14)
David Rhodes, guitar
Manu Katche, drums (3,6,7)
Phil Collins, snare drum (4), surdu (16)
John Gilbin, bass
Larry Klein, bass
Youssou N'Dour, vocals
Habib Faye, bass, guitar
Kate Bush, vocals
John Ellis, guitar
Daniel Lanois, guitar
Stewart Copeland, hi-hat (10), drums (14)
Peter Hammill, backing vocals
Simon Philips, drums (13)
Simon Clark, bass
Shankar, violin
Nathan East, bass
Produced by Bob Ezrin, Steve Lillywhite, Peter Gabriel, Daniel Lanois
Digitally remastered