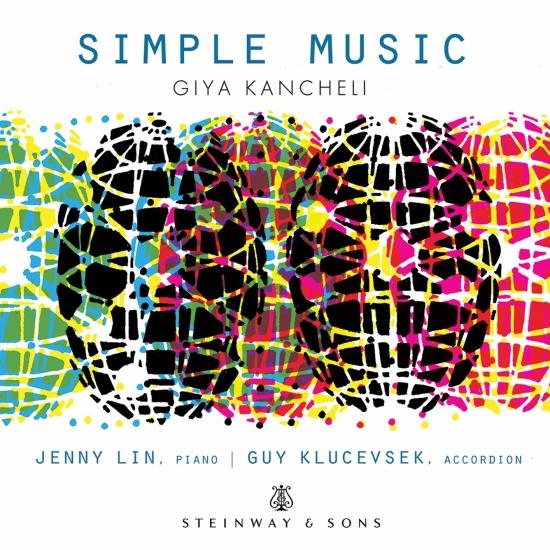 Jenny Lin commands a vast repertoire, from the most obscure modern music to the most tried and true of romantic warhorses. An inveterate collector of sheet music, the score to Simple Music for Piano by Giya Kancheli sat on her shelf for a decade… until she had the brainstorm to invite accordion avatar Guy Klucevsek to join her in an amplification of the complete set. Originally the two talked about performing the pieces live, but the right moment didn’t materialize.
The 2020 pandemic saw performing artists of all disciplines finding ways to make new work in the new normal. Many of these Kancheli miniatures were originally written for film. Since film is by necessity an artificial art, inconceivable without hours of editing and post-production, a “socially-distanced” rendition of this music made perfect sense.
In July, Lin recorded in person in Virginia at Sono Luminus studios, with one engineer in the booth and one remote in North Carolina. In August, Klucevsek recorded at his home in Staten Island with one engineer in the basement of the house and one remote in North Carolina.
The results on this unique album from STEINWAY & SONS offer a gorgeous listening experience.
Jenny Lin, piano
Guy Klucevsek, accordion 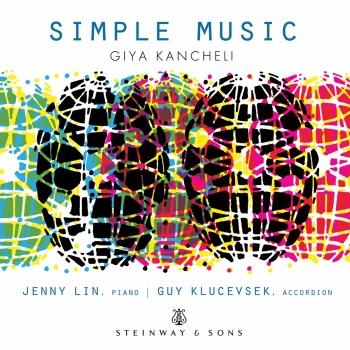 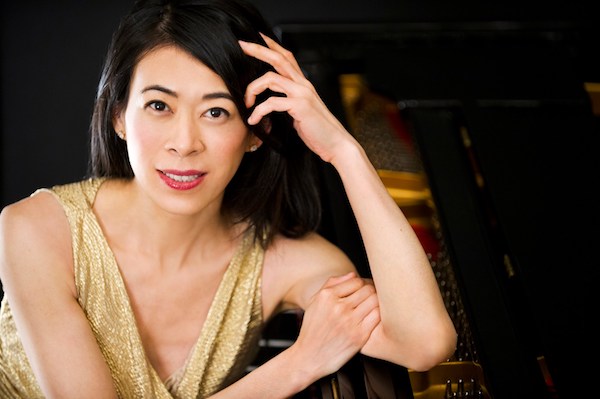 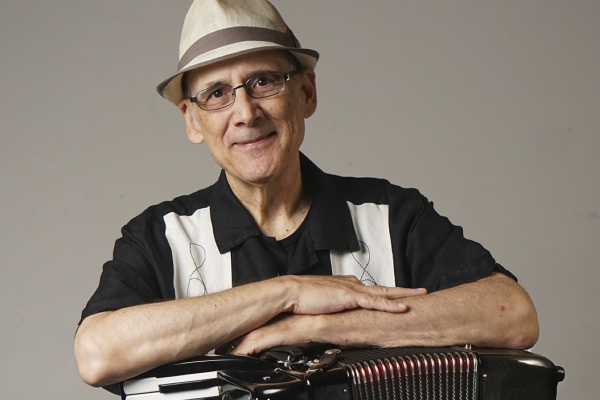 Jenny Lin
is an artist of keen musicianship, brilliant technique, and a compelling perspective shaped by a deep fluency in global culture. Born in Taiwan, raised in Austria, educated in Europe and America, Lin has built a vibrant international career, notable for innovative collaborations with a range of artists and creators.
In this most unusual season, Lin has performances – both digital and in person – at the Mostly Mozart Festival, Washington Performing Arts, Winnipeg New Music, the Morris Museum, St. Olaf College, and elsewhere.
Jenny Lin also continues her collaboration with Philip Glass, performing his Etudes in concerts around the globe. This experience inspired Lin to create The Etudes Project, in which she works with a range of living composers to create new technical piano etudes, pairing each new piece with an etude from the classical canon. The results are featured on Sono Luminus albums; Volume 1 showcases Lin’s work with ICEBERG New Music, and Volume 2 will be released in 2021.
Jenny Lin is the featured pianist in Elliot Goldenthal's original motion picture score for Julie Taymor's 2020 film, The Glorias. Notable recordings in Lin’s catalogue (which includes more than 30 albums on Steinway & Sons, Hänssler Classic, eOne, BIS, New World, Albany, etc.) include Philip Glass’s Etudes, Arthur Schnabel’s complete solo piano music, the complete Chopin Nocturnes, an album of Broadway song arrangements titled Get Happy, her ingenious release of transcriptions of the songs of Chinese pop singer Teresa Teng, and Melody’s Mostly Musical Day, an album, picture book, and multimedia children’s concert, all released on the Steinway & Sons label.
Fluent in English, German, Mandarin, and French, Jenny Lin holds a bachelor’s degree in German Literature from The Johns Hopkins University and studied music at the Hochschule für Musik, and at the Peabody Conservatory.
Guy Klucevsek
is one of the world’s most versatile and highly-respected accordionists. A composer as well as accordion virtuoso, he has performed and/or recorded with Laurie Anderson, the Boston Pops Orchestra, Dave Douglas, Bill Frisell, the Kronos Quartet, Natalie Merchant, John Williams and John Zorn; appeared as a guest on Mr. Rogers’ Neighborhood; and accompanied soprano Renée Fleming at the memorial service for Senator John McCain. Klucevsek's Polka from the Fringe project—with contributions from composers including Mary Ellen Childs, Anthony Coleman, Carl Finch, Fred Frith, David Garland, Peter Garland, Daniel Goode, Robin Holcomb, Phillip Johnston, Joseph Kasinskas, Aaron Jay Kernis, John King, Guy Klucevsek, David Mahler, Bobby Previte, Elliott Sharp, and Lois V Vierk—premiered at New Music America 1987 in Philadelphia, was featured at the Brooklyn Academy of Music’s Next Wave Festival in 1988, and toured the USA, Japan and Europe for several years thereafter. The 1992 recording of the entire collection, which John Schaefer cited as “one of the 10 best recordings of the year” on his New Sounds radio program, was recently re-released on the Starkland label.
His group Accordion Tribe—a quintet of international composers/accordionists Bratko Bibic (Slovenia), Lars Hollmer (Sweden), Maria Kalaniemi (Finland), Guy Klucevsek (USA), and Otto Lechner (Austria)—released three albums of original music, and is the subject of Stefan Schwietert’s award-winning documentary film, Accordion Tribe: Music Travels.
Klucevsek has written over 100 pieces for accordion, for the ballroom, the beer garden, the concert hall, and for collaborations with choreographers, theatre artists, and filmmakers. His discography includes 24 recordings as soloist, leader, and co-leader on Starkland, Tzadik, Winter & Winter, Innova, and XI.
He is the recipient of a 2010 United States Artists Collins Fellowship, “recognizing the most compelling artists working and living in the United States.”