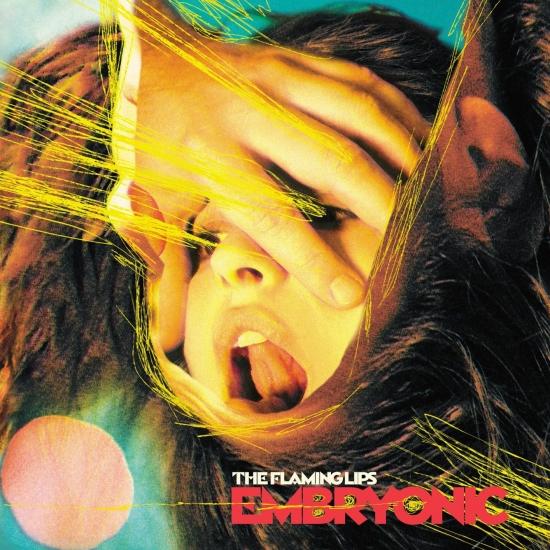 After lauded indie albums, The Flaming Lips debuted on Warner Bros. with 1991's Hit To Death In The Future Head, Transmissions From The Satellite Heart and Clouds Taste Metallic followed. 1999's The Soft Bulletin topped numerous year-end best-of lists and helped rank the band among the most influential in the world. 2002's Yoshimi Battles The Pink Robots ranked #4 in Spin and #11 in NME on their end-of-yearlists, and won a Grammy. The band's full length feature film and score album Christmas On Mars received critical acclaim at screenings across the country in 2008.
„The Flaming Lips have called theirs an “accidental career”, which is one way of summing up the haphazard nature of their quarter-century trajectory, lurching from breakthrough radio hits like 1993’s She Don’t Use Jelly to quadraphonic experimentation on 1997’s Zaireeka, their only consideration apparently to do whatever the hell they feel like at any given moment.
And so Oklahoma’s finest have decided to follow the commercially successful triptych of The Soft Bulletin (1998), Yoshimi Battles the Pink Robots (2002) and At War With the Mystics (2006) with a double-CD of their least accessible material since, well, Zaireeka.
Of course, being the Lips, even amid the squalls of noise and synth surges, there are beauteous melodies, but there are no accessible space-soul song-suites as per At War..., nor is there a Do You Realize?? on this 18-track collection. The closest things are The Impulse, a gorgeous simple chord sequence with a vocoder’d top-line melody that sounds like something off Kanye West’s 808s and Heartbreak, and IF, an odd little fractured ballad sung by multi-instrumentalist Steven Drozd that sounds like something from the Alex Chilton or Skip Spence twilight zones.
More typical of this sprawling, 72-minute set is Aquarius Sabotage, a screeching, careening brutal/beautiful melee that combines harps and feedback – it’s like hearing three different songs at once – and approximates the sound of early-70s Miles Davis playing the work of Yes. The freak-out, freeform jam session vibe is sustained throughout and reaches a peak of phantasmagorical wondrousness on Silver Trembling Hands – imagine Pink Floyd’s One of These Days performed by Bitches Brew-era Miles, conducted by Burt Bacharach, with Bill Bruford on drums and the Six Million Dollar Man on bass. Typical of the Lips to make the obvious album opener the 16th track.
There are instances of Led Zep-ish power and gossamer interludes, moments when the Lips square the circle between Americana, psychedelia and prog, and special guests including Karen O, Lips heirs MGMT and a mathematician called Thorsten Wörmann – go figure indeed.
Embryonic may not sell as many copies or win as many converts as Bulletin or Yoshimi, but it’s another wonderful album – a veritable trove of speaker-pummelling delights – from the most consistently inventive and thrilling American band, R.E.M. included, of the last 25 years.“ (Paul Lester, BBC Review)
Wayne Coyne, guitar, bass, keyboards, vocoder, vocals
Steven Drozd, guitars, keyboards, drums, bass, vocals, lead vocals on "If"
Michael Ivins, bass, keyboards, guitar
Kliph Scurlock, drums, percussion
Recorded February–July 2009 at Tarbox Road Studios, Cassadaga, New York & Dull Roar Studios, Oklahoma City, Oklahoma
Produced by The Flaming Lips, Dave Fridmann, Scott Booker
Digitally remastered