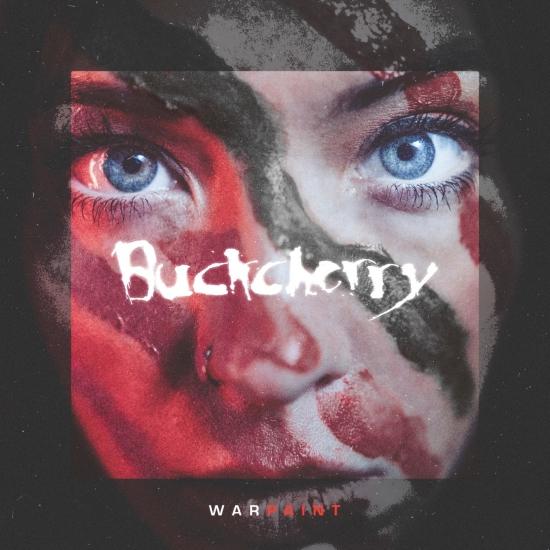 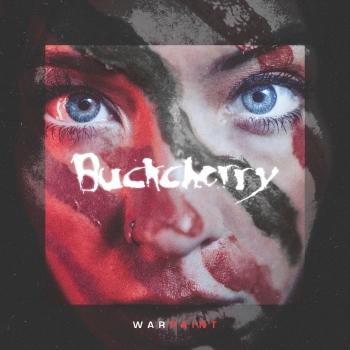 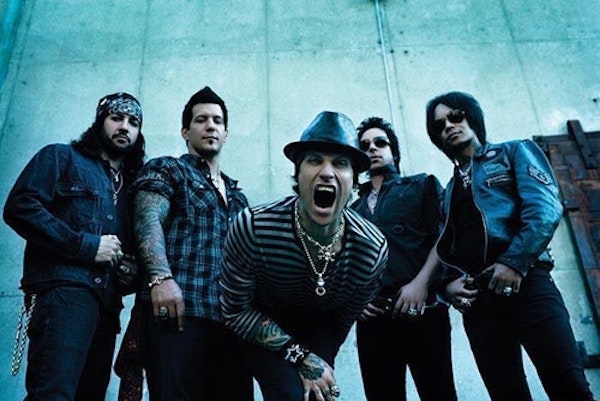 Buckcherry
Rock and roll should make you want to do a few things. Let Buckcherry guitarist Keith Nelson explain.
“It should make you want to drive fast, fuck, and dance,” he grins.
On their seventh full-length album, Rock ‘n’ Roll [F-Bomb Records/Caroline], the Los Angeles quintet—Josh Todd [vocals], Nelson, Stevie D. [guitar], Xavier Muriel [drums], and Kelly LeMieux [bass]—staunchly uphold the commandments of rock music with an arsenal of new anthems primed to explode on impact and teeming with riotous energy, sexy swagger, and primal chops intact. It’s something that the boys have done since day one, but it’s more necessary now than ever.
“There’s been so much talk about how rock ‘n’ roll is dead and all of this bullshit,” sighs Todd. “The funny thing is, that’s been going on since we put out our first record in 1999. We wanted to call the new album Rock ‘n’ Roll, because this is what we’ve been doing our whole lives. We focused on making a record that encompasses all of what we are. You get every flavor of Buckcherry.”
2014 saw the group unleash their Fuck EP, the first release for their own F-Bomb Records. Bolstered by the hit single “Say Fuck It,” a sizzling take on Icona Pop’s “I Love It,” the six-song set quickly became a commercial and critical success. Immediately after it impacted, they cut the ten tracks that would comprise Rock ‘n’ Roll, once again produced by Keith Nelson. “This is the best time to be in Buckcherry,” he continues. “We’ve got our own record label, and we’re making all the rules. We had so much fun on the Fuck EP, and it gave us a foundation as far as putting out an album independently. The momentum was so great that we didn’t stop.” They rev up Rock ‘n’ Roll with the propulsive first single and opener “Bring It On Back.” From the jump, a robust guitar groove struts right alongside an unshakable refrain. It’s got the band’s signature hallmarks, but Todd pulled lyrical inspiration from a new source altogether. “When I’m not on the road, I race Go Karts for my hobby,” he says. “The song is really about racing. I had a driver named Kurt Busch in mind when I wrote the lyrics. They call him ‘The Outlaw,’ and he’s a badass. It captures that intensity of racing and the mentality. I love it.” Then, there’s “Tight Pants,” which continues a tradition of seductively slithering rockers, while embracing a funk charisma, boisterous horns, and a swing that would make James Brown proud. “We worked on that the most,” recalls Nelson. “I really pushed to try the horns, and we ended up with this catchy arrangement. That’s ballsy for a rock band to do.” “It’s quintessential Buckcherry,” exclaims Todd. “We love women. They’re a great subject, so that’s what it’s about.”
Elsewhere, the hyper hop of “The Madness” details “struggling with urges and loving things that are bad for you,” while the soaring ballad “The Feeling Never Dies” gave a the frontman an opportunity to collaborate with someone he’d always wanted to—daughter.
“I wrote it to have a song in the house that I could sing with my little girl,” he smiles. “We would just sing it together at the piano. On a whim, I showed it to Keith, and he loved it. We really rounded it out so it’s got this big epic feel.”
Buckcherry have added fuel to the genre’s fire for nearly two decades now. The Grammy Award-nominated multi-platinum outfit is responsible for smashes including “Lit Up” off their gold-certified 1999 self-titled debut as well as “Crazy Bitch” and “Sorry” from 2006’s platinum 15. Along the way, they’ve shared stages with everybody from AC/DC and Mötley Crüe to Slipknot and Rob Zombie as well as festival bills including Bamboozle with Bon Jovi and In-N-Iron, Sturgis, and more.
Ultimately, with Buckcherry at the wheel, Rock ‘n’ Roll is in good hands. “It’s always been about having a good time,” concludes Nelson. “You tune the noise out of your life for 40 minutes and enjoy yourself. That’s why we started doing this in the first place.”
Todd agrees, “Buckcherry fills a void. There aren’t any other records like this in the genre. I hope it can capture a certain time for people. That’s the goal.” — Rick Florino, April 2015