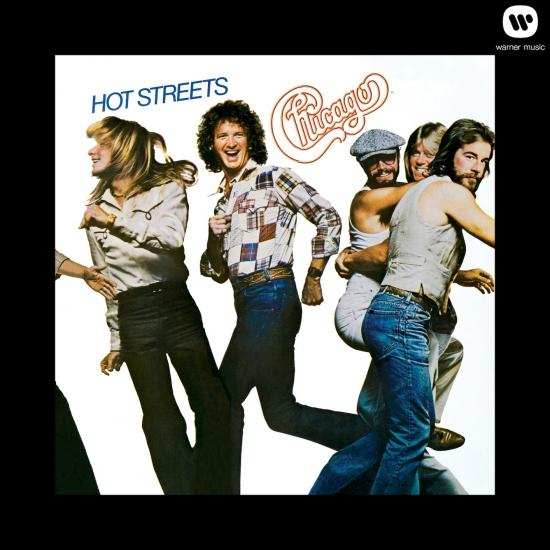 Hot Streets is the twelfth album by the American band Chicago, released in 1978. In many ways, Hot Streets marked the beginning of a new era for the band. It was also the band's first album with all-new material released since their second that didn't have a numbered title.
Having worked with James William Guercio since their 1969 debut, Chicago decided to part ways with the producer following the release of Chicago XI in 1977. A bigger change for the group, however was the death of guitarist Terry Kath in January 1978, who unintentionally shot himself at a roadie's house while cleaning one of his guns. The members of the band were devastated by his death, and considered breaking up. Kath was one of the key players who most defined the rhythmic sound of the band, and could not easily be replaced. After the initial shock waned, the group decided that they still had something to offer musically, and carried on.
Phil Ramone, who had mixed some of their earlier albums, was called upon to co-produce their new effort. But before Chicago could begin recording, they had to contend with the difficult process of finding a new guitarist. Accomplished guitarist Donnie Dacus was chosen, bringing his own distinctive style to the group's music. Prior to joining Chicago, Dacus had worked with both Roger McGuinn and Stephen Stills.
Recording sessions took place both in Miami and Los Angeles that spring, after years of working at Guercio's Caribou Ranch in Colorado. By the end of the sessions, the band felt as though they were still in a strong musical position even after the loss of Kath. Recording the album Spirits Having Flown next door at the same Miami studio, some of the tracks featured the Bee Gees and their keyboardist, Blue Weaver. The Gibb brothers added vocals to the song "Little Miss Lovin'" while Weaver added synthesized strings to "No Tell Lover" and "Show Me The Way". In turn, Chicago's horn section played on Spirits Having Flown, most notably on the hit single "Too Much Heaven".
To mark their new beginning, the band broke with tradition by giving their album a title, rather than a number. Having chosen the title Hot Streets, the album cover featured a picture of the band (shot by photographer Norman Seeff) rather than just the group logo. Because a later marketing survey noted that consumers expected to see the logo on the cover, Chicago's logo returned in the form of a high-rise building for the follow-up album, Chicago 13.
The album was released in October 1978, preceded by a release of the lead single "Alive Again". Hot Streets was another hit for the group, who had been concerned that the public might not accept them without Kath. Although the album went platinum, and Chicago scored a second top-twenty hit with "No Tell Lover"), Hot Streets was the first Chicago album since their debut that failed to reach the US Top 10, peaking at #12.
Following the release of Chicago 13 and at the end of the Christmas 1979 tour, Dacus would be fired from the group, bringing his short tenure with Chicago to an abrupt end.
Peter Cetera, vocals
Donnie Dacus, vocals, guitar
Lee Loughnane, vocals, trumpet
Robert Lamm, vocals, keyboards
Walter Parazaider, woodwinds
James Pankow, trombone
Danny Seraphine, drums
Laudir DeOliveria, percussion
Guest musicians:
David "Hawk" Wolinski, Fender Rhodes piano (on track 9)
Blue Weaver, synthesizer (on track 10)
The Bee Gees, background vocals (on track 3)
Recorded at Criteria Studios, Miami, Florida.
Digitally remastered