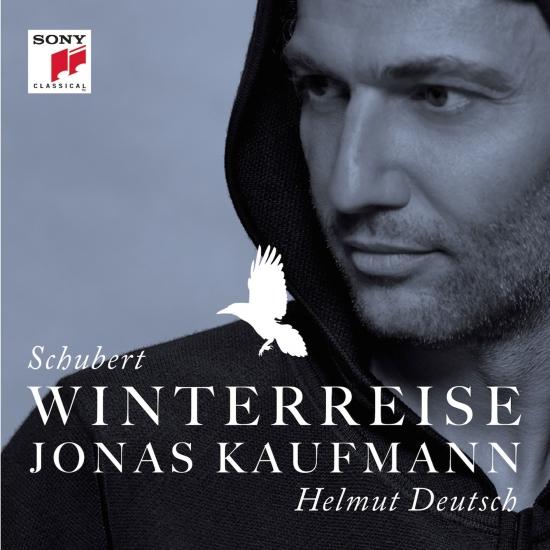 Following the success of Jonas Kaufmann’s debut album on Sony Classical, The Verdi Album, Sony Classical are pleased to release its first recital disc with the world’s top tenor. Along with Franz Schubert’s earlier song cycle Die Schöne Müllerin, Winterreise is generally considered the composer’s greatest contribution to the Lied repertoire. The Winterreise song cycle (Winter Journey) is set to 24 poems by the poet Wilhelm Müller and was completed by Schubert a year before his death in 1827. After over 20 years of working together and countless performances of Winterreise, Jonas Kaufmann and his piano-partner Helmut Deutsch finally commit the Olympus of the Lied repertoire to disc. What started as a teacher-student relationship at the Münchner Hochschule für Musik und Theater has long since developed into a close professional partnership. Helmut Deutsch is recognised as one of the world's foremost Lieder pianists.
Jonas Kaufmann says about the work: “Against the background of all the horror stories that bombard us today, we are undoubtedly rather more hardened than Schubert’s contemporaries and yet even today’s listeners can still find this cycle affecting. Even as interpreters we always find ourselves sucked into the emotional undertow of these songs, although we know perfectly well what to expect. I think that Winterreise has the same sort of cathartic effect as a Greek drama: the emotional experience purges the soul. The work has an almost meditative effect on me, because Schubert expressed these emotional depths with a clarity and a simplicity that I ultimately find consoling and that allows me to regain my own inner balance.”
Jonas Kaufmann, tenor
Helmut Deutsch, piano