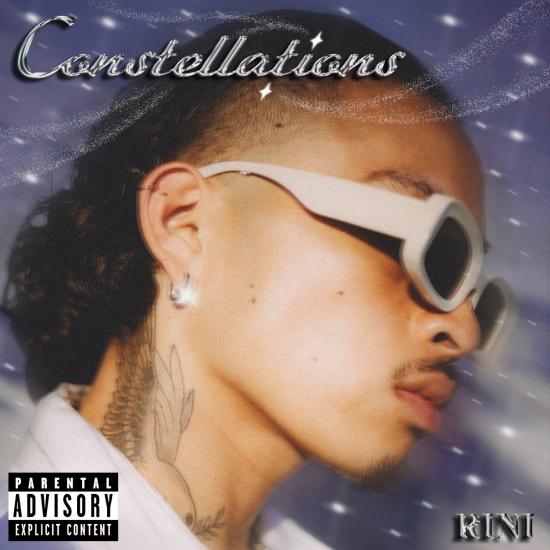 After garnering widespread critical acclaim from Vibe, REVOLT, and more and reaching an audience of over 2 million monthly listeners on Spotify, Melbourne-raised, Los Angeles-based R&B phenomenon RINI will reveal his anxiously awaited full-length debut project, Constellations.
He teased its arrival with the release of a new single entitled “Need It” today. Listen to “Need It” HERE. On the track, waves of string samples dip into an up-tempo beat as his vocals lull in a lovestruck trance. The longing fuels an energetic hook as he croons, “Need it like every day, it can only be you,” between fits of fluttering falsetto.
Constellations orbits otherworldly R&B, lush cinematic pop, and lusty downtempo dreamscapes fueled by RINI’s fascinating and often fiery artistry. Dreamy nocturnal production underlines “Over Some Wine” where he promises, “If loving you’s a crime, cuff me up I’ll do my time for you girl.” The soft guitar and head-nodding groove of “Mimosa” instantly intoxicate, while airy keys wrap around “Craving” as the climactic chorus rings out. Everything culminates on the intimate and immersive “A Starry Night in Apollo Bay” where delicate acoustic guitar sails over the sound of the ocean and hushed vocals. Check out the full tracklisting below.
He initially previewed the project with the single “Red Lights” [feat. Wale]. Right out of the gate, it racked up 1.4 million Spotify streams and 591K YouTube views on the music video. Earning widespread tastemaker praise, HotNewHipHop highlighted his “silky vocals that have the ability to make anyone want to listen forever.” Vibe included it on “New Music Friday” and praised how “RINI pushes it to the limit on this sultry heater.” REVOLT summed it up best as “seductive,” and Music Talkers claimed, “Red Lights’ not only serves as a wonderful neo-soul song but might be one of the artist’s greatest songs.”
However, he elevates R&B to a new stratosphere on Constellations with no shortage of soul, style, seduction, and spirit.
Earlier this year, RINI released a remix of his 2020 single, “Out of the Blue,” with Atlanta outfit EARTHGANG and followed it up with a soulful full-band acoustic performance of the track. RINI is currently gearing up to join Alina Baraz’s Alone With You tour this fall as a supporting act. To date, RINI has accumulated over 200 million streams across platforms and garnered acclaim from outlets such as Ones to Watch, DJBooth, and Flaunt, who praised his “sweet tendrils of intimacy” and “intimate melodies.”
RINI 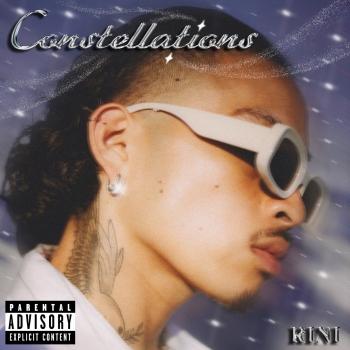