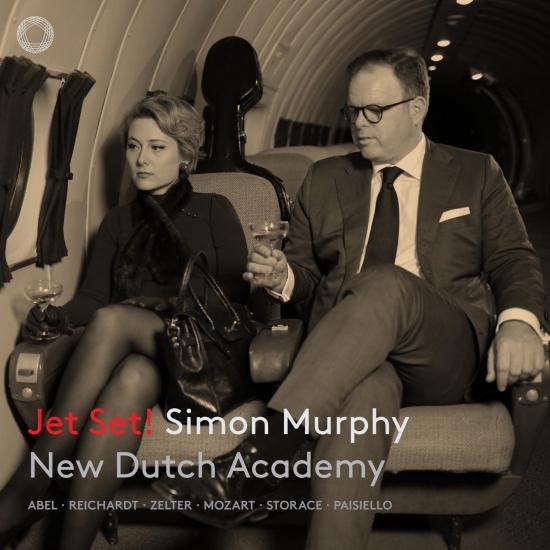 Featuring works by Abel, Reichardt, Zelter, Storace, Mozart and Paisiello, this album follows the musical “jet set” of the 18th century as they “do” the splendid cosmopolitan cultural epicentres of the time, including London, Paris, Berlin, Vienna and St Petersburg. Exploring the intertwining stories of these leading lights as they criss-cross the European Continent, the album watches the sparks fly as they inspire each other in this period abuzz with creative fervour, international cultural exchange and mind-blowing talent. With several world-première recordings of new discoveries (Abel, Reichardt, Storace) alongside some well-loved classics, this journey features music which abounds in enlightened positivity, radiance, inventiveness, energy and inspiration.
This outstanding programme is presented by conductor/violist Simon Murphy and his New Dutch Academy, with soprano Gudrun Sidonie Otto providing the vocal contributions. JET SET! is the seventh PENTATONE release of Murphy and his ensemble, after having presented albums performing the works of Corelli, Stamitz, Richter, Schmitt, Zappa, Bach, Handel, Telemann, Vivaldi and Van Wassenaer.
New Dutch Academy
Simon Murphy, conductor 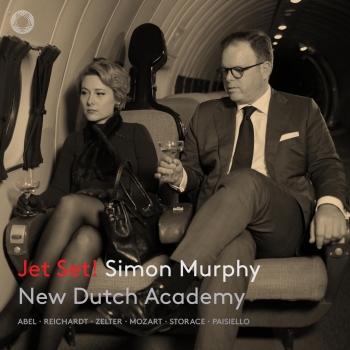 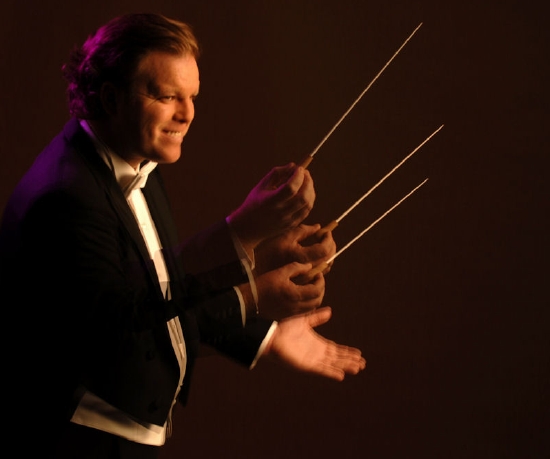 Simon Murphy - Artistic Director of the The New Dutch Academy
Simon Murphy (1973) studied the Viola with Leonid Volovelsky, Performance, Musicology, and Fine Arts/Art Theory at The University of Sydney, and, after arriving in the Netherlands in 1996, Baroque and Classical Viola with Alda Stuurop at the Utrecht Conservatorium. For his studies he received support from The Ian Potter Foundation, Fonds voor de Podiumkunsten and the Voorzieningfonds voor Kunstenaars. He appears regularly as a chamber soloist at various international festivals, has played with orchestras such as The Orchestra of the Eighteenth Century and De Nederlandse Bachvereniging, and is founder of the initiative that is “The New Dutch Academy”. He also gives guest lectures and workshops at various educational institutions including The Royal Conservatorium of The Hague and is lecturer in Music History and Culture Theory at Webster University in Leiden. Together with Alida Schat, John Wilson Meyer and Thomas Pitt, he is also a member of The Amsterdam String Quartet.
The New Dutch Academy (NDA)
established in 2002, is an international award winning orchestra, specialising in early music, performing on authentic instruments. The NDA is known for its engaging and dynamic performances and particularly for bringing newly re-discovered 18th century works onto the concert platform. The NDA is based in The Hague, The Netherlands.
The NDA part of the city of The Hague's official cultural infrastructure and, in its home city, presents three concert series - Symphonic, Bach Orchestral and Chamber - as well as many other educational and outreach activities. The NDA has performed in the major halls and festivals at home in the Netherlands and abroad. The NDA regularly performs as cultural ambassador at the invitation of the Netherlands Ministry of Foreign Affairs and has also performed a number of times for Her Majesty Queen Beatrix and other members of the Dutch royal family during diplomatic missions. The NDA carries out cutting edge research with its own “Research Lab” and distinguishes itself from other orchestras and ensembles with the implementation of the results of this research as well as through the NDA’s unique programming, dynamic performance and presentation style, and exceptional artistic integrity. To date, the NDA has recorded 5 CDs, the most recent of which provides a breathtaking view of the 18th century Dutch Court Symphonic Tradition during the reign of the Prince of Orange, William V - music which the NDA re-discovered. Through this world premiere recording, the NDA is responsible for putting major Dutch cultural heritage back on the map and is currently carrying out a large scale international campaign to promote awareness of the Netherlands’ own symphonic school.