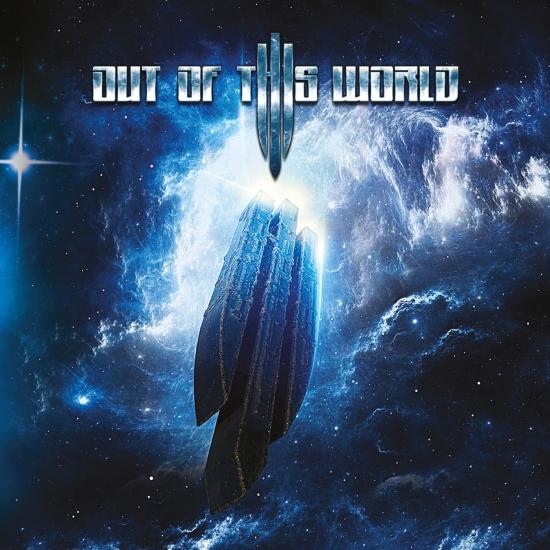 Artist: Out Of This World

Info for Out Of This World

1988 saw the release of Swedish hard rock superstars EUROPE‘s fourth album entitled “Out Of This World”, which has sold over 3 million units to date and contains hits such as “Open Your Heart”, “Superstitious” and “Let The Good Times Rock”. Ex-EUROPE guitarist Kee Marcello intends to tie in with that era’s style with his new formation that he recruited the perfect companion for: FAIR WARNING-vocalist Tommy Heart. Their self-titled debut album was mixed by Ron Nevison (KISS, OZZY OSBOURNE), who had also refined the aforementioned EUROPE classics in 1988. So they connected all of the obvious dots, with a neverending list of renowened musicians joining in on the recordings. Don Airey (DEEP PURPLE) contributed the keyboards on four songs, while the rhythm section is complemented by Darby Todd (GARY MOORE, THE DARKNESS) and Ken Sandin (ALIEN). Every track of their debut work deserves undivided attention, be it the anthemic “Twilight”, the gripping “Lightning Up My Dark”, the timeless “Warrior” or the amazing ballad “Only You Can Teach Me How To Love Again”. This epic piece makes melodic rock dreams come true and sounds modern while traditional at the same time. Kee Marcello is a genius in his field and carries that certain something in his blood, so wonderfully and emotionally implented by Tommy Heart‘s vocals. OUT OF THIS WORLD is the new star in Melodic Rock heaven, a liaison that has yet a lot left in store.
What makes a song a good song? Craft? Passion? Production? Chemistry? On their soaring, self-titled debut, melodic hard rock supergroup OUT OF THIS WORLD skillfully underlines that it’s a combination of all of these things: a perfect and rare constellation when the stars are aligned correctly. Forged by Kee Marcello of EUROPE fame, vocal thunder Tommy Heart (FAIR WARNING), bassist Ken Sandin (ALIEN) and drummer Darby Todd (DEVIN TOWNSEND, GARY MOORE, THE DARKNESS), »Out Of This World« is a dream come true for everybody out there who is mourning the loss of quality melodic hard rock since forever. No wonder this record has already become a massive hit in Japan.
Today, the group is proud to announce their signing to Atomic Fire Records, who will release their self-titled debut album, including three bonus tracks as well as a seven-track bonus live album on January 14th, 2022. “Our eponymous »Out Of This World« may sound like a hard promise to keep, but honestly, it describes it to a tee,” comments Kee Marcello.
Tommy Heart states, “After having released our first record in Japan, we are super pumped to let our music be heard from the rest of the world as well. Very happy to be a part of the Atomic Fire Records family! We are working together since only a couple of months but I can already tell, I have a great feeling about this team that understands our music and our vision so well!”
“Asked about my all-time favorite hard rock albums, I would always mention the self-titled FAIR WARNING classic from 1992, it’s a true masterpiece,” says Atomic Fire Records CEO and label manager Markus Wosgien. He adds: “And if we talk about EUROPE, I think everyone grew up with their 80’s and early 90’s classics. To be working with Kee Marcello as well as Tommy Heart now is a dream come true. Close your eyes, enjoy this beautiful album and you will feel like a lovestruck teenager again.”
Tommy Heart, vocals
Kee Marcello, guitar, keyboards
Ken Sandin, bass
Darby Todd, drums
Guest:
Don Airey, keyboards