The Hunt The Chris Maddock Quartet 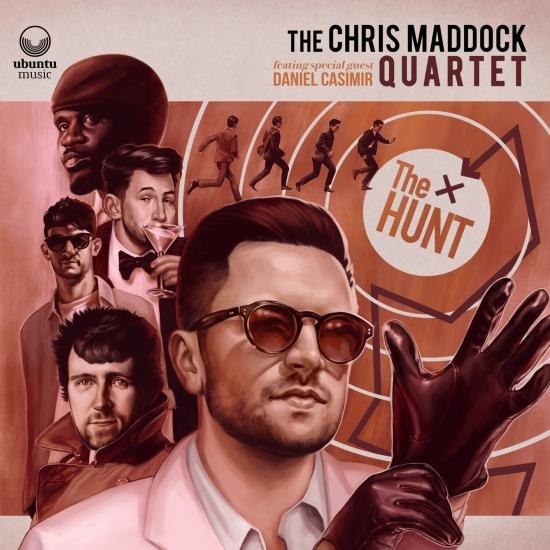 Info for The Hunt

Soulful jazz-influenced original tracks from this quartet comprised of four of the London jazz scene’s most exciting young talents, including saxophonist Chris Maddock and Omnibus favourite, Liam Dunachie who provides the classic Hammond organ drive. An exciting quartet for the 21st Century.
The project features a contemporary, groovy take on the classic Hammond organ trio line-up, augmented by saxophone. The music is inspired by the recent output of artists such as Larry Goldings and Joey DeFrancesco with similar line-ups, whilst also drawing on the influence of contemporary saxophone masters such as Jon Irabagon and Seamus Blake. The band includes some of London's finest young musicians - Liam Dunachie on organ, Tobie Carpenter on guitar, drummer Ed Richardson and a special guest appearance from Daniel Casimir on double bass.
Chris is a saxophonist based in London, England. Under normal circumstances he performs regularly at many of the leading jazz venues in the UK and internationally with his own projects and as a sideman and is an active figure in the vibrant London Jazz scene. Chris studied first at the Trinity College of Music Junior Department before enrolling in Birmingham Conservatoire's prestigious jazz course, where he studied under the tutelage of many of the most respected jazz musicians in the UK, and won the Mike Gibbs/BBC big band composition & arranging prize. After graduating, he was subsequently awarded the Yamaha scholarship for outstanding jazz musicians and was a finalist in the Worshipful Company of Musicians young jazz Musician of the year competition. He has been an in-demand player in many different contexts, including recording/performing with the Clark Tracey Quintet + Hexad, Young pilgrims, Tom Dunnett Sextet, Omar Kamal, Emma Smith, Hailey Tuck, Jonathan Silk Big band, Hackney Colliery Band, Toby Boalch Sextet and many others.
Chris describes the story behind The Hunt:” I've always been a huge fan of ensembles centred around the Hammond organ - it allows the band to achieve a huge breadth of sound, and a very different texture to the classic piano and bass combo. Two albums which I really loved (and still do!), when I was discovering jazz as a teenager were Back at the Chicken Shack by Jimmy Smith, and Time is of the Essence by Michael Brecker. The former was much more laid back and bluesy, and the latter a more modern, sophisticated take on the line-up. With this band I'm trying to explore the potential for different expressive colours and approaches with the Hammond at the centre but trying to never lose sight of that bluesy grooviness that saturates those first albums I heard with this line-up. I had each of the guys in the band in mind when I put these tunes together, we gigged them for a while, and they knocked it out of the park when it came to the recording session - I can't wait to get it out there!”
Chris elaborates further on his new signing with Ubuntu Music: “I'm hugely excited to be involved with Ubuntu music for my debut release. Many of my favourite musicians and friends on the UK scene have released some absolutely killer music through the label recently, and I'm honoured to be included alongside such an exciting array of talent.”
Chris Maddock, alto and tenor saxophones
Liam Dunachie, Hammond organ
Tobie Carpenter, guitar
Edward Richardson, drums
Daniel Casimir, double bass (track 4) 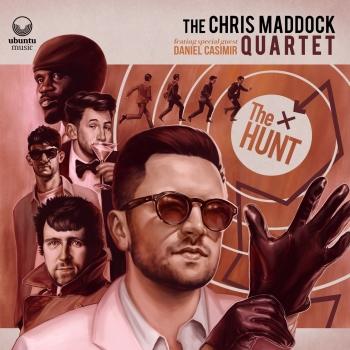 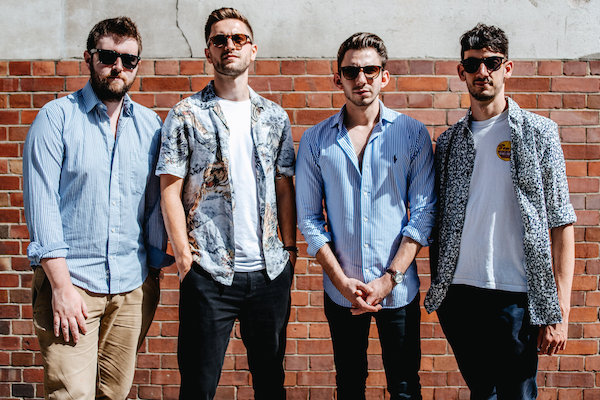