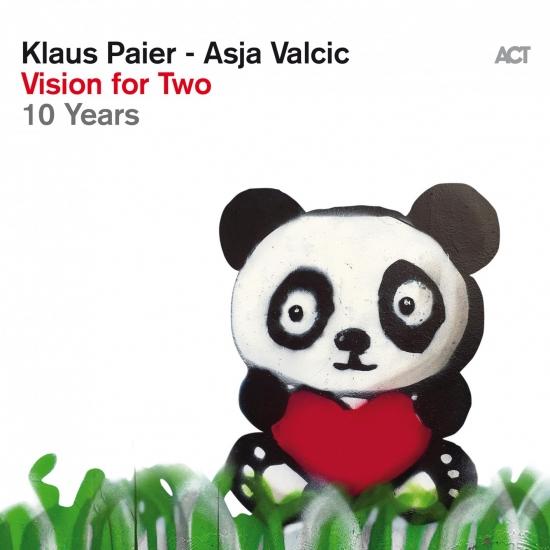 Info for Vision for Two

Accordionist Klaus Paier and cellist Asja Valcic have been making music as a duo for ten years. Their playing has kept audiences delighted and critics enthralled: "Breathtaking," said the magazine Der Spiegel; they are "a captivating match" (The Guardian). During this time the two have recorded four albums which have received numerous awards. The duo’s journey together began in 2009 with their debut album "À Deux", and since then Paier and Valcic have proceeded to make their unique accordion-plus-cello sound into a thing of wonder. The titles of the previous albums by these two musicians, who live in Austria, give pointers to the elements that go into the making of their acts of musical creation: in 2013 their path together continued with "Silk Road", followed by "Timeless Suite" (2015), which in turn led to the more opulent "Cinema Scenes", for quartet. The sound is always their starting point: they have a finesse and eloquence from classical music, combined with the free-thinking, quicksilver instinctiveness of jazz, and influences from many parts of the world. And what results is capacious, widescreen music.
This tenth anniversary album "Vision for Two – 10 Years" is to some extent a conspectus, but also shows how this visionary duo continue to reinvent themselves and refresh their outlook. A panoply of what they have achieved musically is right there from the start of the title track: The pure tone of the accordion introduces the thematic material, and also gives it a sense of pulse and flow. The cello picks up the theme and extends it into a dramatic, elegiac arc. An interlude shifts the mood, as the rhythm starts to quicken, and sounds from the Southeast of Europe enter the mix. A jazz-infused improvisation takes up these musical ideas and leads us towards the culmination and conclusion of the piece when the theme is taken up again for one last time. Immediately after that, the cello introduces the second track "Moment of Lightness" with a prelude that comes practically out of nowhere. The accordion enters the fray with some contrapuntal deconstructions. The album carries us with it, keeps wending its way, and is never less than totally spellbinding. Paier and Valcic invite listeners to immerse themselves in a sound world which is fascinatingly multi-layered.What the listener can hear in "Vision for Two" is not just the way the partnership and interplay have been perfected over ten years, but also a combined story which goes back much further.Both Paier and Valcic have their musical origins in the classical domain. Klaus Paier studied in Klagenfurt with Rudolf Pillich, but from the age of ten he was writing his own pieces and developing his own tonal language. "I soon ended up exploring jazz during my studies," he remembers.
The great jazz composers from Ellington and Basie to Monk and Mingus were early inspirations. He absorbed more and more influences and merged them all into a style which is his own and unmistakable, and continued to develop a universal and constantly evolving musical language. Always starting from the sound, Paier, as a visionary, was also working on his "hardware" from an early stage. After constantly improving and rebuilding his accordions and bandoneons in order to "get rid of the wheezing" of the instrument and make it even more direct, easier and adaptable to play, he has now had a completely custom-made accordion built for him, with perfect sound characteristics and an extension to the instrumental compass. This new instrument is being used for the first time on "Vision for Two", and bears the completely appropriate name "Passion".
Asja Valcic shares the same passion. After her classical education in Zagreb, Detmold and at the Tchaikovsky Conservatory in Moscow she started an award-winning career as a soloist. But she, too, has been searching for new means of expression beyond classical music. In 2004 she became a founder member of the radio.string.quartet.vienna, which evolved from a project of Klaus Paier. She also expanded her stylistic range more and more in the direction of improvisation through her collaboration with jazz musicians such as the violinist Adam Bałdych and the pianist Iiro Rantala (in whose string trio she still plays). Just like Paier, Valcic combines an outstanding classical technique, a love of stylistic openness and complete freedom in her playing. Her exceptional achievements and unique standing as a cellist have been frequently commented on in the international media.
The tracks of "Vision for Two" demonstrate this duo’s unique compositional talent and creativity – and also their capacity to dream. "Straight Thirteen" has an infectious groove, its repeated melodic hook set against a lively asymmetric beat. "Angela" has a melancholy and dramatic feel, "Hidden Thread" has impressionistic colours, and "A Love's Delight" more than a hint of South America. While Valcic salutes Debussy in "Dans l'esprit de Debussy", Paier pays a swinging homage to Mozart ("Mozart Incognito"). The album comes to a close with the bandoneon ballad "El Alba". But just before that final tune there is a short, highly percussive Latin blues number, and its title neatly sums up where Paier and Valcic now see themselves as they mark a decade of music-making: "Moving On". They have indeed achieved remarkable things through their vision of dialogue and interplay – and intend to do much more.
Klaus Paier, accordion & bandoneon
Asja Valcic, cello 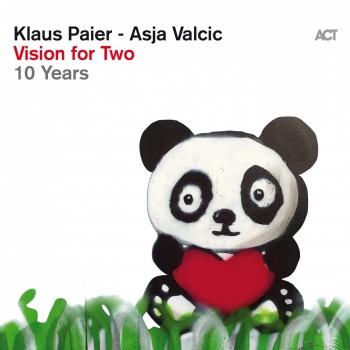 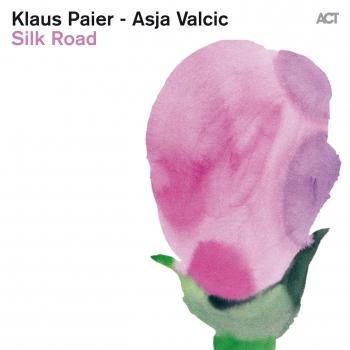 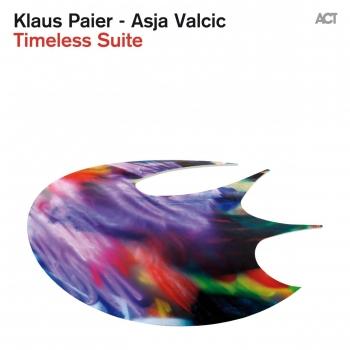 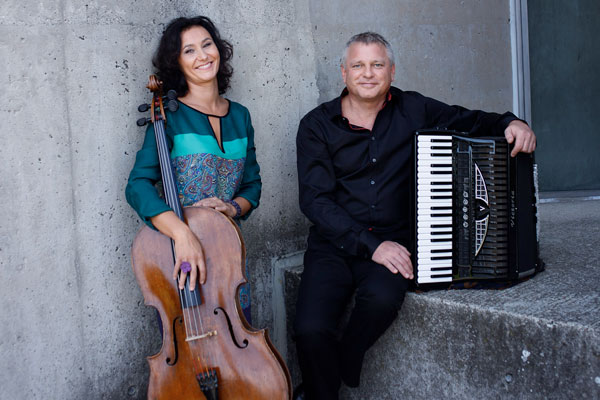 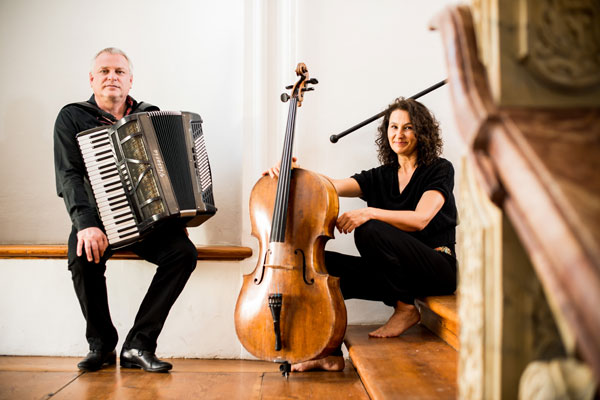 Asja Valcic
She studied with V. Despalj (Zagreb/Croatia), L. Terraspulsky (Massachusetts/USA), N. Schahovskaja (Moscow/Russia) and K. Georgian (Detmold, Germany). Graduation with Soloist's Diploma. She attended master classes with B. Pergamenchikov and B. Greenhouse. She has played chamber music with G. Schulz (Alban Berg Quartett), H. Schoneweg (Cherubini Quartett), I. Bolton (Brodsky Quartett), I. Bieler (Melos Quartett), A. Engegard (Orlando Quartett), T. Brandis (Brandis Quartett), and many others. As a soloist she performed with the Zagreb Philharmonic, Belgrade Philharmonic and the Westfälische Kammerorchester, conducted by the likes of Kazushi Ono and Zubin Mehta. In 1995 she won the “Concours international de jeunes concertistes de Douai" in France. She recorded Sonatas of Shostakovich and Schnittke for Jugoton (1989) and Serenads of Martinu for d+g (German Record Critics' Award in 1998). Valcic was teaching at the music academy of Zagreb (Croatia), at the Dartington International School of Music/England, in Chioggia/Italy and at the university of music Detmold/Germany.Since 2008 she is playing in duo with Klaus Paier. She is a cellist of radio.string.quartet.vienna since 2004.
Klaus Paier
studied accordion, jazz and composition at Klagenfurt conservatory. Paier has been particularly inspired by such instrumentalists as Keith Jarrett, Bill Evans, Charles Mingus or Thelonious Monk. For him, their conception of jazz, with its wide diversity of musical possibilities and freedoms, was of inestimable importance. In addition to the historically evolved European harmonies involving the accordion, the classical component has also assumed an unmistakable position in Paier's compositions. He himself aims to express a positively charged polarity in music: attraction and rejection, weight and lightness, loudness and quietness, openness and selfcontainment, strict discipline and passionate explosiveness. He accomplishes this feat again and again in an inimitable manner, enthralling his audience in concert tours in Israel, France, Italy, Sweden, Poland and many other European countries. Be it as a soloist, with his duo partner Gerald Preinfalk, in the trio with Stefan Gfrerrer and Roman Werni, or the radio.string.quartet.vienna – Klaus Paier ranks among the great European accordionists with a world-wide reputation.

Booklet for Vision for Two