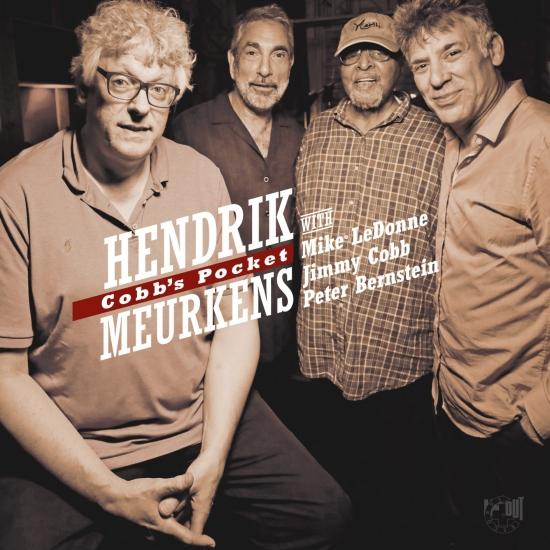 Part jazzy, part bluesy, Cobb’s Pocket is the 2019 album release by NYC based recording artist Hendrik Meurkens. Backed up by a fine band, including Peter Bernstein (guitar), Mike LeDonne (organ) and Jimmy Cobb (drums), the all-instrumental album is the perfect showcase of Hendrik’s harmonica work, which is the key instrument showcased on the eight cut, 50 minute album. Post-bop jazz at its finest, Cobb’s Pocket features Hendrik and company romping through an album of cover tracks, including originals by Herbie Hancock, Slide Hampton, Henry Mancini, Sam Jones and Jimmy Van Heusen. The title track, track four “Slidin” and the CD closer “A Slow One” were written by Hendrik. The sound of the album showcases the steady interaction between the harmonica, electric guitar, organ and drums, which is a rarely heard combination of instruments. Jimmy Cobb is a jazz drumming legend that played with Wes Montgomery and in the spirit of Wes, Cobb’s Pocket is “in the pocket jazz” at its finest.
Hendrik Meurkens, harmonica
Mike LeDonne, piano
Peter Bernstein, guitar
Jimmy Cobb, drums 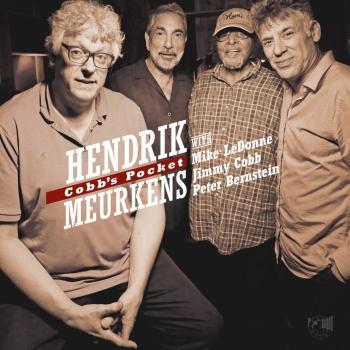 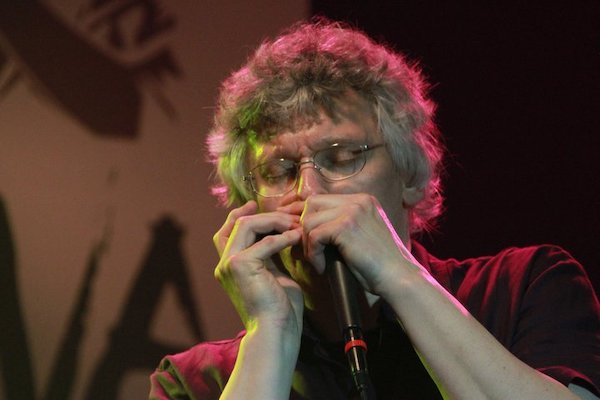 Hendrik Meurkens
a virtuoso on both the chromatic harmonica and the vibraphone, is the most important jazz harmonica player since Toots Thielemans. German-born but now based in New York, Meurkens’ recordings and performances garner worldwide acclaim because the transcendent beauty of his music has universal appeal.
A two-mallet player in the tradition of Milt Jackson and Bobby Hutcherson, Hendrik Meurkens was en-route to being an instantly recognizable vibraphonist when he heard Toots Thielemans. Inspired by the sound of Thielemans’ harmonica, he taught himself the difficult-to-master instrument.
Hendrik Meurkens’ other life-changing musical experience was his introduction to samba and bossa nova. He was so moved by Brazilian music that after perfecting his unique musical voice at Berklee, as a vibraphone major, he moved to Rio in the early 80s to totally immerse himself in music and culture of Brazil.
A regular Monday night gig at the popular Rio club, Bar 21, soon demonstrated his acceptance by Brazilian musicians. Meurkens’ poignant, emotionally affecting harmonica proved to be a sound that Brazilians strongly embraced, and during his Rio days, he met many musicians who later became collaborators in both Europe and New York.
Back in Germany by ’83, he became a respected studio musician, recording with European Radio Orchestras and leading his own groups, as well as accompanying visiting legends like Harry ‘Sweets’ Edison and Buddy Tate.
Within ten years, he had established himself as the “new jazz harmonica voice,” and moved to New York, thanks to an exclusive contract with the prestigious label, Concord Records. He has since recorded fifteen albums, and continues to perform as both a guest artist, and with his own groups, both in festivals and clubs globally.
Hendrik Meurkens’ profound involvement in both jazz and Brazilian music resulted in a very personal and instantly recognizable version of Samba jazz. This music, a cross-cultural amalgam guaranteed to touch the heart, features his harmonica and vibes along with piano, bass and drums, playing his stirring originals and arrangements. The group has been documented on a number of CDs, most notably the Hendrik Meurkens desert island disc, October Colors.
As a featured artist, he has recorded with Charlie Byrd, Jimmy Cobb, Ivan Lins, Monty Alexander, Claudio Roditi, Manfredo Fest and Mundell Lowe, as well as backing such leading artists as Astrid Gilberto and Olivia Newton John and touring with the Ray Brown Trio, Paquito D’Rivera, Oscar Castro Neves, Herb Ellis, Herbie Mann, Charlie Byrd, and James Moody among many others.
Also a successful composer (his compositions have been recorded by other artists and featured in the Hollywood movie, “Dolores Claiborne,”) Hendrik Meurkens remains equally at home playing jazz or Brazilian music. “My mission is simple,” he explains. “I want to create music of great beauty.”
Like any great musician, Hendrik Meurkens still practices incessantly, yet his music remains very melodic and rhythmically pleasing. “I like beautiful music, Sinatra, Jobim, Charlie Parker, so I concentrate on playing things that the audience can enjoy. Complicated music doesn’t really mean anything except for professionals who want to analyze it. I want people to feel what I do and the best way to do that is to play something touches their hearts.”