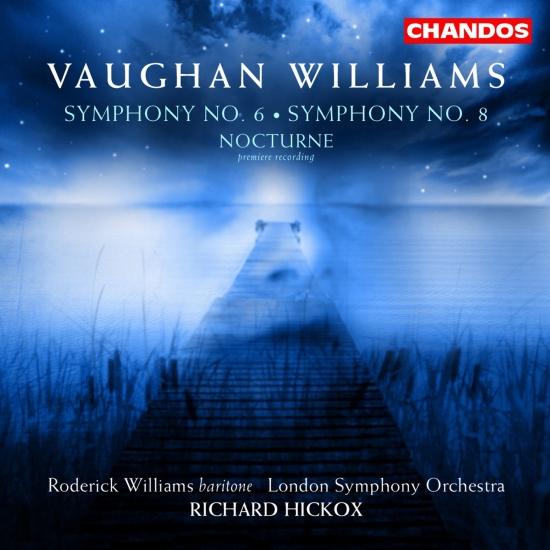 These two symphonies make a complementary pair, the Sixth a dark work with thoughts of war and its aftermath, the Eighth a radiant celebration of light. No. 6 has two of the most original slow movements in the repertoire, the first a sinister soundscape dominated by its insistent da-da-dah rhythm, the second, the Epilogue, a profound movement that never rises above pianissimo as its chromatic counterpoint tries to seek resolution in the Symphony’s tonal dichotomy. These are also the most impressive parts of Richard Hickox’s interpretation, underlined by the excellent LSO players. His finale feels a little fast, but it’s close to the composer’s metronome marking and the silent background brings more mystery than Adrian Boult’s hissy EMI account. The two fast movements, the dramatic first and menacing third, equal the bite of Vernon Handley’s CfP recording, though the boominess of the Chandos recording, made in All Saints, Tooting, tends to cloud the tuttis.
"Finally, there's a real treat: the first recording of a recently discovered Nocturne, an intensely moving setting of Walt Whitman's 'Whispers of Heavenly Death' composed in 1908. It's evocatively sung here by Roderick Williams." (BBC Music Magazine)
"This is the work's [Nocturne] first recording, and lone makes the disc worth having.' '…this album without doubt, is the finest technical recording yet made of these works, and I commend the engineers unreservedly." (International Record Review)
"It's a luxurious sound, as well-defined as always from Chandos: full of subtle detail and with fine depth of image. The surround sound balance offers considerably enhanced definition of this famous acoustic, adding weight and import to the sound." (Gramophone)
Roderick Williams, baritone
London Symphony Orchestra
Richard Hickox, conductor 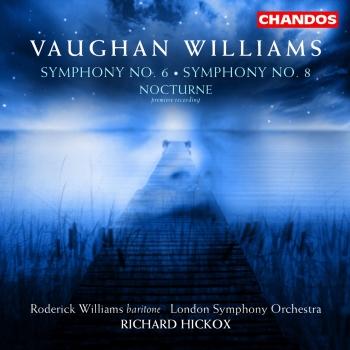