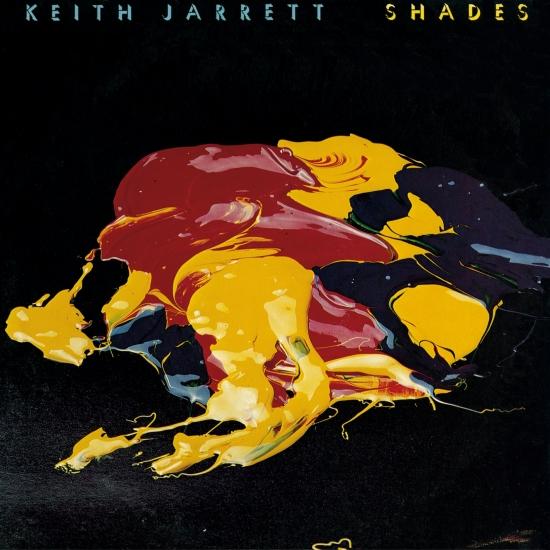 „Pianist Keith Jarrett's mid-'70s quintet was the strongest regular group that he ever led and all of its recordings (even some that ramble a bit) are worth picking up. Thanks to its strong start, Shades is one of this unit's most rewarding recordings. 'Shades of Jazz' has a memorable melody and logical (if unpredictable) improvisations by Jarrett and tenor-saxophonist Dewey Redman. The momentum slows down a bit with the gospellish 'Southern Smiles' and 'Rose Petals' but picks up again with the final number, the rather intense 'Diatribe,' an excellent vehicle for this classic group. Throughout, bassist Charlie Haden, drummer Paul Motian and percussionist Guilherme Franco keep the band's juices flowing.“ (Scott Yanow, AMG)
Keith Jarrett, piano, percussion
Dewey Redman, tenor saxophone, maracas, tambourine
Charlie Haden, bass
Paul Motian, drums, percussion
Guilherme Franco, percussion
Recorded 11-12 December 1975 at Generation Sound Studios, NYC
Engineered by Tony May
Mixed by Barney Perkins
Mixed and mastered at Kendun Recorders, Burbank, Calif.
Produced by Esmond Edwards
Digitally remastered