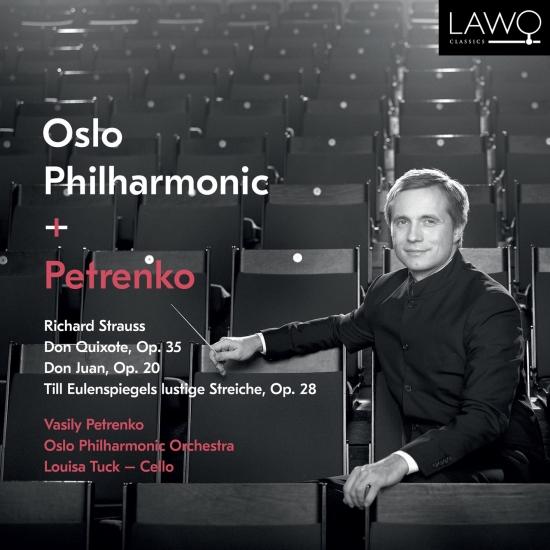 It took many hours of rehearsal for the Weimar Orchestra to get its lips and fingers around Richard Strauss’s tone poem "Don Juan" in the Autumn of 1889, even with the benefit of the composer himself in charge. Not much about this music was conventional. Certainly not its opening page. The piece launches, off the beat, with an elusive upward flourish metamorphosing into a string of motifs that spans more than three octaves. It is the libertine Don Juan leaping out in front of us, and the 25-year-old Strauss introducing himself to the world with the piece that would make his name.
Most composers endure a crisis of identity before finding their true voice, but Richard Strauss was forced to do so against the backdrop of a fierce ideological battle. In his twenties, Strauss felt he was stalling: preoccupied by a functionary conducting position at the Munich Court Opera and unsure where his calling as a composer lay following a moderately successful symphony and some promising songs. It was an orchestral violinist, Alexander Ritter, who urged Strauss to explore the genre defying ‘tone poems’ of Franz Liszt, in which wordless orchestral music was used to recount a story.
The score of "Don Juan" covers a great deal in its relatively short span. But Strauss was determined to demonstrate that a large-scale tone poem was capable of pushing orchestral music to its expressive limits. If there was a faint suggestion in Don Juan’s score that the character’s quest for women is also quest for meaning in life, another Don would provide Strauss with the opportunity to explore that idea from multiple angles and with irony thrown in. In 1897, the composer was drawn to Cervantes’ 1605 novel "Don Quixote", which tells of a chivalrous but deluded knight errant setting out to put the world to rights – even inventing a woman, whose hand he will win, to make the enterprise worthwhile.
Though Strauss had the epic philosophical tone poem "Thus Spake Zarathustra" under his belt already, his Spanish tale introduced multiple complications, notably the new level of detail required in recounting handpicked scenarios from a sprawling novel that enters the domain of magical realism. One of Strauss’s solutions was to place the story – his selected segments of it, at least – in the service of what is effectively an extended character portrait. Strauss subtitled his work ‘Fantastical Variations on a Theme of a Knightly Character’. It is a tone poem, a theme with ten variations, and more: with an extensive solo role for cello and more minor supporting roles for solo violin, viola and bass clarinet, it is a solo concerto and a concerto grosso too.
"Don Quixote" was first performed on 8 March 1898 in Cologne, conducted by Franz Wüllner with Friedrich Grützmacher as the soloist. In some ways, it is the most ambitious of Strauss’s tone poems if not the loudest nor grandest. But with Strauss, ambition has a multi-directional trajectory. Two years later he delivered a depiction of another doomed soul, this time one with a far surer idea of himself. "Till Eulenspiegel" is fearless scamp hailing from deep within German folklore. With none of Quixote’s delusions of gallantry and little of Juan’s suave hedonism, Till goes about playing the fool while exposing vice and corruption in German society – perhaps the noblest of all three characters if judged on the moral impetus of his pursuits (his name literally translates as ‘wise mirror’).
Catherine Bullock, viola
Louisa Tuck, cello
Oslo Philharmonic Orchestra
Vasily Petrenko, conductor 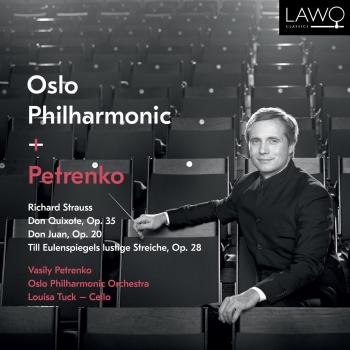 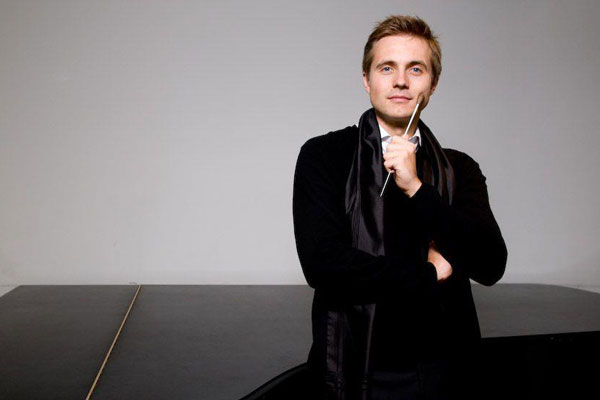 Vasily Petrenko
was appointed Principal Conductor of the Royal Liverpool Philharmonic Orchestra in 2006 and in 2009 became Chief Conductor. He is also Chief Conductor of the Oslo Philharmonic Orchestra, Principal Guest Conductor of the Mikhailovsky Theatre of his native St Petersburg, and Principal Conductor of the National Youth Orchestra of Great Britain. He was the Classical BRIT Awards Male Artist of the Year 2010 and 2012 and the Classic FM/Gramophone Young Artist of the Year 2007. He is only the second person to have been awarded Honorary Doctorates by both the University of Liverpool and Liverpool Hope University (in 2009), and an Honorary Fellowship of the Liverpool John Moores University (in 2012). These awards recognise the immense impact he has had on the Royal Liverpool Philharmonic and the city’s cultural scene. He now works regularly with many of the world’s finest orchestras, including the London Philharmonic, Philharmonia, Russian National, Netherlands Radio Philharmonic, Chicago Symphony, Philadelphia, Czech Philharmonic, Vienna Symphony, Sydney Symphony, Los Angeles Philharmonic and San Francisco Symphony Orchestras, the National Symphony Orchestra Washington, Orchestre de la Suisse Romande, the Orchestra dell’Accademia Nazionale di Santa Cecilia, Rome, and the Rundfunk Sinfonieorchester Berlin. His wide operatic repertoire includes Macbeth (Glyndebourne Festival Opera), Parsifal and Tosca (Royal Liverpool Philharmonic), Le Villi, I due Foscari and Boris Godunov (Netherlands Reisopera), Der fliegende Holländer, La Bohème and Carmen (Mikhailovsky Theatre), Pique Dame (Hamburg State Opera) and Eugene Onegin (Opéra de Paris, Bastille). Recordings with the Royal Liverpool Philharmonic Orchestra include Tchaikovsky’s Manfred Symphony [Naxos 8.570568] (2009 Classic FM/Gramophone Orchestral Recording of the Year), an ongoing Shostakovich cycle, and Rachmaninov’s Symphonic Dances, Second and Third Symphonies and complete Piano Concertos.