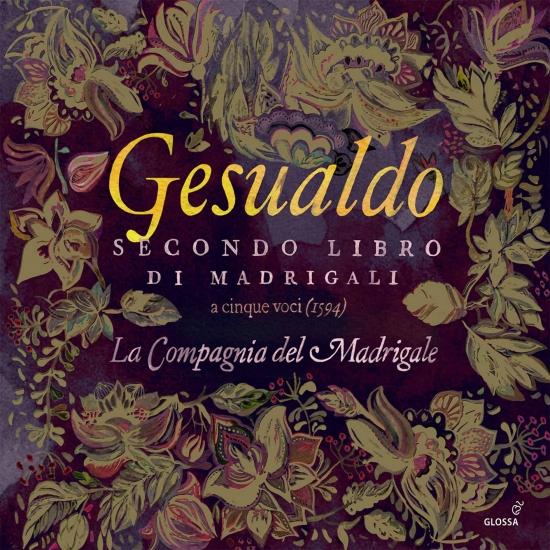 Info for Gesualdo, Nenna & Others: Madrigals

The Second Book of Madrigals of Carlo Gesualdo provides the focal point for the latest in La Compagnia del Madrigale’s stunning reappraisals of the glories of the Italian madrigal on Glossa. Probably written by Gesualdo between the time of the double honour killing of his first wife and her lover and his subsequent remarriage, the second book presents a sophisticated compositional mastery quite in keeping with the later books, albeit offering a calmer and gentler approach compared to the more tortured and twisted musical and psychological turns found in the last books. Notwithstanding, much is required from the singers on the Secondo libro di madrigali a cinque voci and La Compagnia del Madrigale bring their much- praised sensitivity to the text, balance of ensemble and dynamic control. In the booklet, both Marco Bizzarini and Giuseppe Maletto investigate the state of mind of this fascinating composer, over four centuries since his death. The substantial second part to this recording offers a set of contrasts with Book 2: nine tracks devoted to madrigalists inspired by Gesualdo’s style, from contemporaries in Nenna, Macque and Palazzotto Tagliavia to the later Sigismondo d’India. A veritable bonus!
La Compagnia del Madrigale 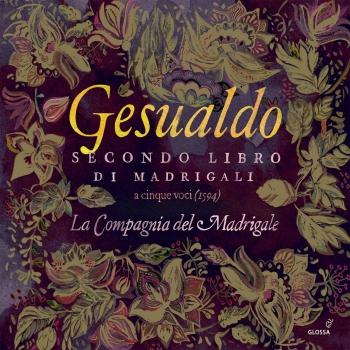 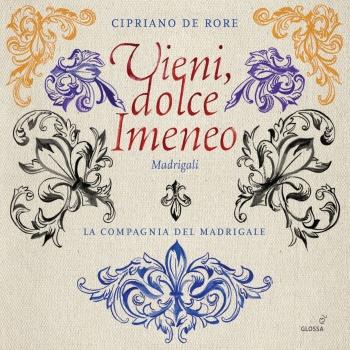 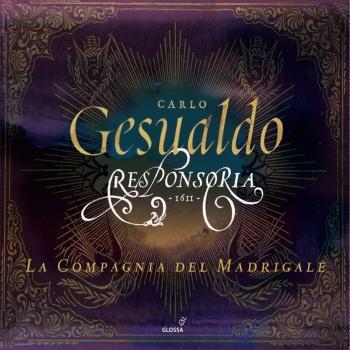 La Compagnia del Madrigale
Founded only recently, La Compagnia del Madrigale can already be considered as the pre-eminent madrigal ensemble on today’s international early music scene. The choice of the group’s name was inspired by the long-standing friendship and shared experiences of its singers from across two decades of performing together throughout the world. The founding members of the ensemble, Rossana Bertini, Giuseppe Maletto and Daniele Carnovich, while cultivating prestigious individual careers, have worked side by side for over 20 years, and their collective understanding as madrigalists has played a fundamental role in bringing an undisputed high level of artistry to groups such as Concerto Italiano and La Venexiana.
Cantica Symphonia
For over a decade Cantica Symphonia has dedicated itself to the recovery and performance of medieval and renaissance polyphony. Founded in 1995 by Giuseppe Maletto and Svetlana Fomina, the group is now one of the most highly regarded interpreters in its field. Cantica Symphonia’s unique style, fruit of intensive analysis of original sources, is characterized by an ability to bring out the structural and expressive richness of its repertoire. The group’s approach is one of particular care and attention to the interaction between voices and instruments, consolidating the collective experience of its members who individually collaborate with the most highly affirmed groups of today’s international Early Music scene. The fulcrum of the group’s activity has always been the music of Guillaume Dufay, the first great musician of the “modern” era whose works enlightened his times and guided western music through the travailed passage from medieval to renaissance.
Since 2005 Cantica Symphonia has been recording exclusively for Glossa and has released a series of three CDs dedicated to the music of Dufay: two volumes of motets (Quadrivium and Supremum est mortalibus bonum) and a companion disc of chansons (Tempio dell’Onore e delle Vertù). All have received strong critical acclaim.
The ensemble’s concert performances have been met with the same warm consensus as its recording projects. Cantica Symphonia has concertized throughout Italy, France, Belgium, Holland, Switzerland, Estonia, and Slovenia and appears regularly in prestigious festivals: Rencontres de Musique Médiévale du Thoronet, the Festival van Vlaanderen in Brugge and Antwerp, the Tage Alter Musik in Regensburg, Concerts de St. Germain in Geneva, Settembre Musica and Unione Musicale in Torino.
Composers Filippo Del Corno, Carlo Galante and Yakov Gubanov have written music expressly for Cantica Symphonia. Prior to preparing a new large-scale project Cantica Symphonia have recorded an intimate, voices-only selection of motets and laude inspired by the Virgin Mary entitled Stella del nostro mar.
Giuseppe Maletto
engages in an intense activity as a professional singer, dedicating himself principally to medieval and renaissance polyphony and to the music of Claudio Monteverdi. La Venexiana, La Petite Bande, Hespèrion XXI, Ensemble Gilles Binchois, Concerto Italiano, and Mala Punica are only a few of the prestigious groups with which he collaborates, participating in numerous concert tours in Europe, the United States, Israel, Japan, and Argentina. He has recorded over 40 CDs, several of which have received important awards, such as the Deutscher Schallplattenpreis, Prix Cecilia, Diapason d’Or de l’Année, the Premio Cini and the Gramophone Award.
In addition to Cantica Symphonia’s specialization in medieval and renaissance repertoire Maletto has also led performances of Monteverdi’s 1610 Vespers and the Missa In illo tempore, Carissimi’s Jephté, Odes and Anthems by Purcell, and several of Bach’s Cantatas. He has taught courses at the Scuola di Alto Perfezionamento Musicale in Saluzzo (Italy), at the Corso Internazionale di Musica Antica in Polizzi Generosa (Italy), and has held a seminar on the interpretation of the music of Monteverdi at the Novosibirsk Conservatory (Russia).

Booklet for Gesualdo, Nenna & Others: Madrigals