To One Lela Kaplowitz 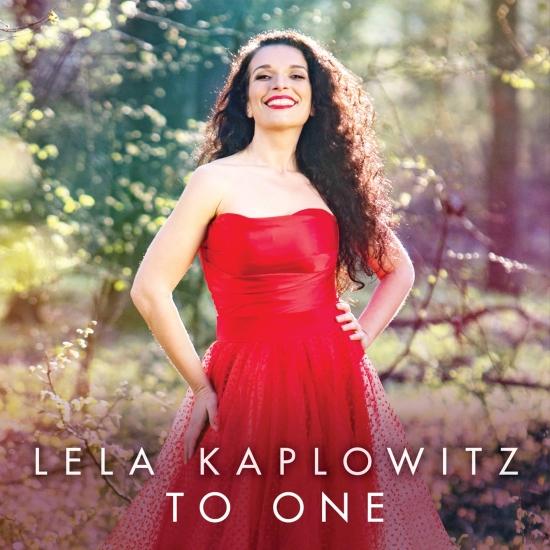 Info for To One

On TO ONE, Croatian-born Lela Kaplowitz delivers a collection of songs that expressively hearken back to the singer/songwriter era of the 1970s, reviving the spirit of such ground-breaking artists as Carole King, Laura Nyro, and Roberta Flack. Kaplowitz, who has been lauded by jazz vocal legend Sheila Jordan as “an extremely talented vocalist” and Bobby McFerrin as having a “wonderful voice,” presents a nuanced mélange of pop, soul, jazz, and even folk music on TO ONE. TO ONE opens with the folk rock-tinged Liila, which features an uplifting violin intro and lyrics delivering a timeless message. Capturing the essence of the 1970s, Human Tapestry is in many ways like a stylistic tribute to Carole King, and You Gave me Wings evokes the soulful, smooth vocals of Roberta Flack. Elevating messages flow throughout the tracks on TO ONE, whether the song be a funky ballad such as Love Is All There Is, or a cheerful pop declaration such as You Will See. The well-honed interplay of Kaplowitz’s vocals with the animated, powerful, and almost vocal tone of her husband Joe Kaplowitz’s organ performance shines in the spare yet animated With Every Breath. TO ONE closes with Love Prayer, an aptly titled song that reflects the spirit of inclusiveness and empowerment that permeates the entire album. Kaplowitz’s biography states that she “gives something artistic to the world, making people look at ordinary things in a new way and inspiring them to see with a new perspective.” TO ONE is a testament to that and more.
Lela Kaplowitz, vocals 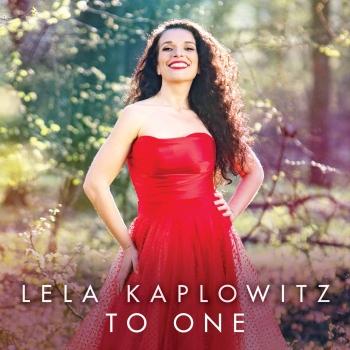 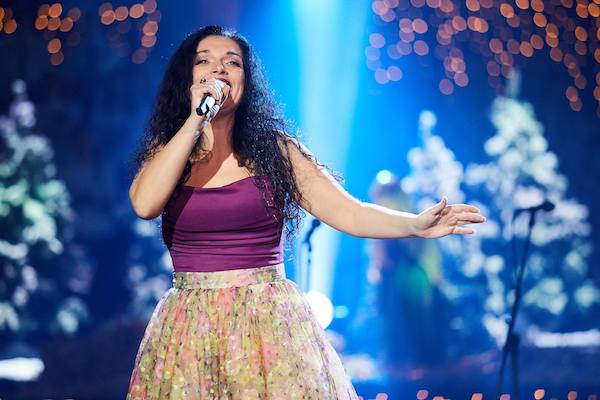 Lela Kaplowitz
gives something artistic to the world. It makes people look at the ordinary things in a new way. It stimulates them to see with a new perspective. Lela’s flood of creativity changes people’s lives for the better and raises beauty out of ordinary daily life. Lela’s mission is to stimulate, to entertain, to show beauty. She is a success because she loves her calling.
Lela was born in Croatia. She began professionally singing at 16. Lela studied vocal improvisation with Sheila Jordan at the Jazz Conservatorium in Graz, Austria, and later in New York with world-renowned jazz musicians like Jay Clayton, Mark Murphy, Barry Harris, and Kate McGarry.
Lela also attended the Berklee Summer Music Workshop in Perugia, Italy, and studied at the New School in New York. Lela continues to study at Berklee Music online and with acclaimed vocal coach Dot Todman from LA.
She performed and recorded with prominent musicians like Arturo Farrill and the Chico’ O’Farrill Afro Cuban Jazz Orchestra, The Duke Ellington Orchestra, Doug Carn, Miles Griffith, Bill Saxton, Harry Whittaker, Dick Griffin, Craig Handy, Gary Fritz, Mark Rapp, Bob Alberti, Ben Tucker, 2 Cellos and many others.
During the five years of her life in New York City, Lela was heard and seen at the most prominent places of the American musical history: Madison Square Garden (International Music Festival, 2003.), Birdland, The Blue Note, Dizzy’s Club Coca Cola, Detour, Smalls, Central Park Summer Stage, Miles Jaye’s Jazz Festival in Atlantic City, Miami, Philadelphia, and Savannah. In Europe, Lela travelled and performed in most prominent European jazz clubs and festivals.
In 2009, Lela won the title “Lady Summertime” at the one of the largest female vocal jazz competitions in the world in Kaajani, Finland.
Lela recorded a few albums and appeared on several as a guest vocalist. One of her favorite ones is being a guest vocalist on a Two Cellos video “Now we are free”.
Lela is been actively recording, performing and teaching throughout Europe and the US.

Booklet for To One