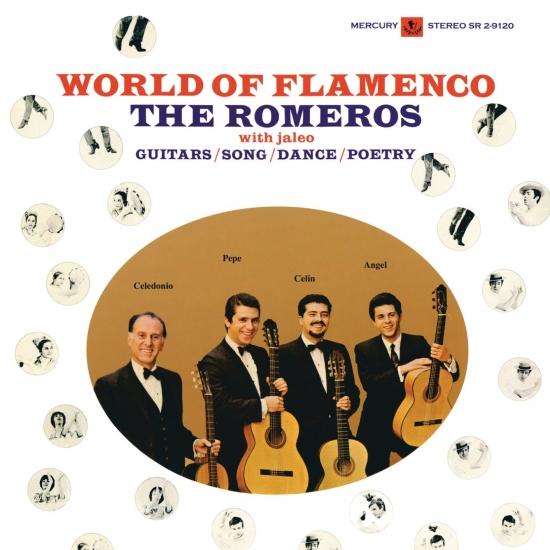 Info for World Of Flamenco

From the beginning of the 19th century at the very latest, the word 'flamenco' has been used to characterise songs and dances from Andalusia, and has become the very epitome of Spanish folkmusic. Although the origins of this regional music with its highly varied rhythms and emotional spirit have been lost in the annals of history, it very probably came under early Christian, Jewish, Moorish and American influences, so that one can speak here of 'world music' in the best sense of the word. Just as any Spanish guitarist worth his salt, the Romeros too put their heart and soul into performing flamenco. Flurrying notes taken at breakneck speed and explosive chords are just as typical for their playing as are gracefully plucked melodies and lyrical cantabile passages. The 'handmade' castanet rhythms in the background provide an authentic Andalusian drive. And of course songs of suffering and love are not to be missed here. This is the sound of Spain!
The present album contains a characteristic collection of alegrías, soleares, bulerías and tanguillos from the region of Cadiz, Cordoba and Seville. In addition there are lively dances such as the zapateado and rumba which are popular throughout the whole country. This top-notch double album is further enhanced by the inclusion of the sung texts and informative liner notes on each piece.
Pepe Romero, guitar
Celin Romero, guitar
Angel Romero, guitar
Celedonio Romero, guitar, speaker
Maria Victoria, singer
Recorded December 1966 at United Recording Studios, Los Angeles
Produced by Harold Lawrence
Digitally remastered 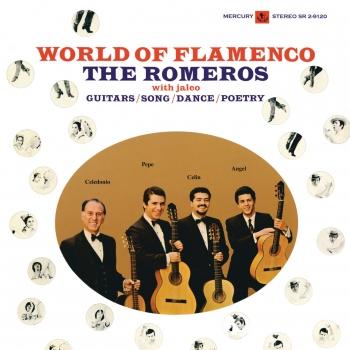 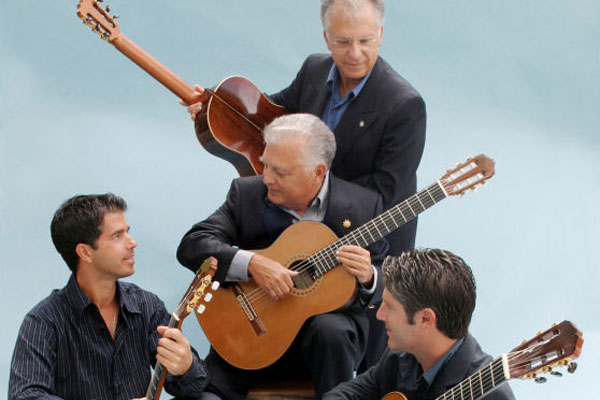 Booklet for World Of Flamenco