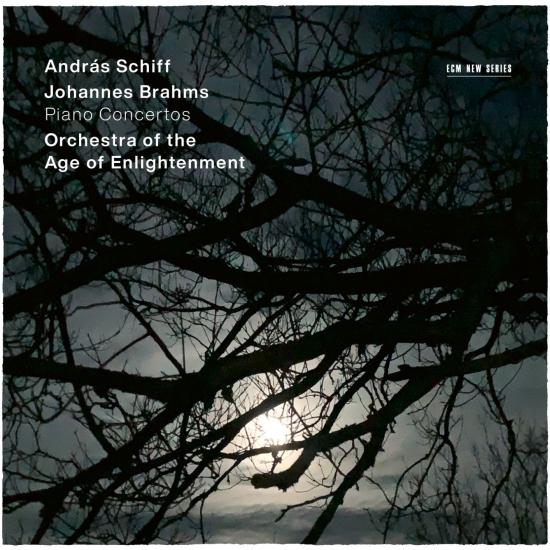 Artist: András Schiff & Orchestra of the Age of Enlightenment

Arnold Schoenberg called him 'Brahms the Progressive'. Whilst Johannes Brahms's musical language and formal cosmos were deeply rooted in the past, by burrowing into the music of Bach and Beethoven he brought forth compositional fabrics of a tight-knit perfection that pointed far into the future. Yet, over years of continuously evolving interpretations, Brahms's oeuvre has acquired an inappropriate heaviness more likely to conceal the fabric of his music than to unveil the subtle intricacies of its 'developing variations', to quote Schoenberg's term for his compositional method. Andras Schiff emphasizes precisely this point in his new recording of the two piano concertos with the Orchestra of the Age of Enlightenment. These developments, need it be said, are also related to changing performance conditions and transformations in society. But it is not always easy to say where the causal chain began. What is certain is that the growth of a global audience for music - with a corresponding increase in volume levels, larger concert halls and ever more massive ensembles and sturdier instruments - has led to a distorted image of Brahms that cries out for correction. After all, as Schiff puts it, Brahms's music is 'transparent, sensitive, differentiated and nuanced in its dynamics'. In order to bring this to light, however, we must recall the performance conditions of Brahms's day and reconstruct them as best we can. The Meiningen Court Orchestra, one of Europe's most progressive and highly acclaimed orchestras of the era, and Brahms's personal favourite (he conducted it in the premiere of his Fourth Symphony in 1885), consisted at times of no more than 49 musicians with nine first violins. Moreover, the pianos he preferred, mainly built by the firms of Streicher, Bosendorfer and Bluthner, were more limpid in their sound, richer in overtones, and responded to a lighter touch.
Andras Schiff already turned to period instruments on some of his earlier recordings for ECM's New Series, including his two double albums with Schubert's late piano works, for which he used a fortepiano built by Franz Brodmann in 1820. He had used the same instrument for his double album with Beethoven's Diabelli Variations, contrasting this version with a reading of the same work on a Bechstein grand of 1921. Now Sir Andras has chosen the conductor-less Orchestra of the Age of Enlightenment, with its period instruments, for his recording of the two Brahms concertos. He plays an historic grand piano built by the Leipzig firm of Julius Bluthner in 1859. The result is nothing less than an attempt 'to recreate and restore the works, to cleanse the music and to liberate it from the burden of the - often questionable - trademarks of performing tradition'. At times the recordings take on the quality of chamber music, as is especially telling in the last two movements of the B-flat major Concerto (op. 83). The result is a performance that approaches the original character of the sound, revealing those layers of the works that emphasise the dialogue between soloist and orchestra - and dispelling the preconception that the Second Concerto is a 'symphony with piano obligato'.
Born in Budapest in 1953, Sir Andras Schiff has recorded for ECM's New Series since the late 1990s. In addition to his acclaimed complete recording of Beethoven's 32 piano sonatas and the Diabelli Variations, Bach's Goldberg Variations and Well-Tempered Clavier, his ECM releases include sonatas and piano pieces by Schubert on an historic hammerklavier, works by Schumann, Janacek and Jorg Widmann, and songs by Debussy and Mozart with Juliane Banse. The British Orchestra of the Age of Enlightenment was founded in 1986. True to its name, it is devoted primarily to music from the Age of Enlightenment. It plays on so-called 'period instruments' built at the time that the music was composed. Its 50 musicians frequently play without a conductor.
András Schiff, piano
Orchestra of the Age of Enlightenment 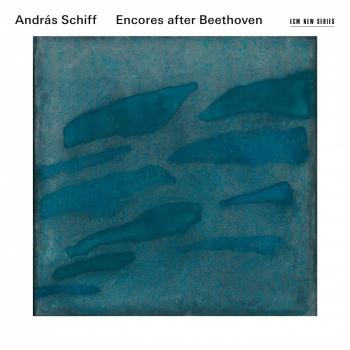 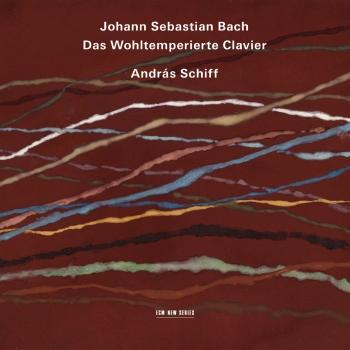 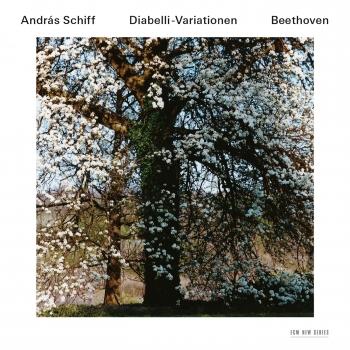 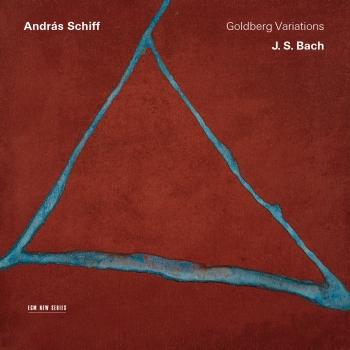 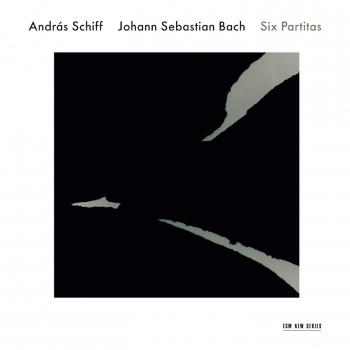 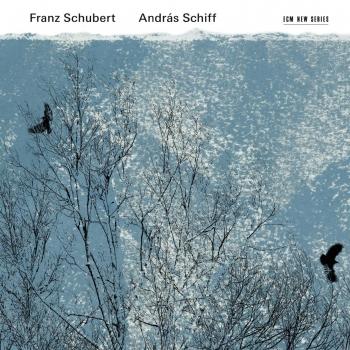 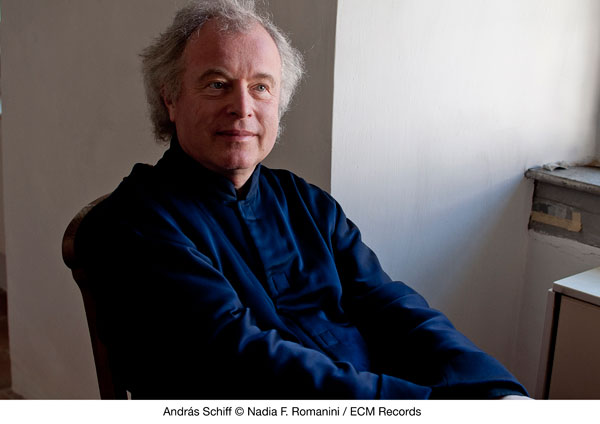 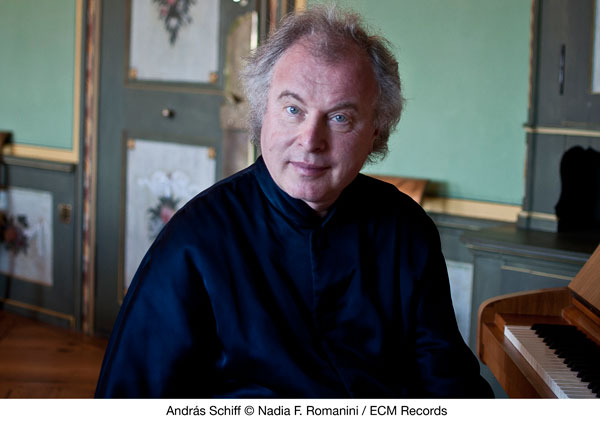 As a young pianist, András Schiff earned wide esteem for his 1980s recordings of the major keyboard works of J.S. Bach; in recent years, as part of his long-term relationship with ECM, he has gone back to Bach as a sage veteran, earning even more acclaim for his New Series versions of the Goldberg Variations (2001) and the Six Partitas (2007), both intimate concert recordings. In August 2011, Schiff turned his focus to the 48 preludes and fugues of Bach’s The Well-Tempered Clavier, recording both Books I and II in the Auditorium Radiosvizzera Italiana, Lugano. The performance of these influential works sets new interpretive standards. For the recording, Schiff’s own Steinway was brought to Lugano, and the production beautifully captures a masterful player and his instrument of choice.
András Schiff, born in Budapest in 1953, puts a strong focus on cyclic performances of the important piano works by the masters from Bach to Bártok. His wide-ranging discography on ECM includes works by Bach, Mozart, Schubert, Schumann and Janáček, among many others. One of Schiff's most ambitious projects to date, the complete Beethoven sonata cycle was performed in 20 major musical centers worldwide and recorded for ECM in concert at the Zürich Tonhalle. In 1999, Schiff created his own chamber orchestra, the Cappella Andrea Barca, which consists of international soloists, chamber musicians and friends. In addition to working annually with this orchestra, he conducts London’s Philharmonia Orchestra and the Chamber Orchestra of Europe.