American blues, soul, and funk musician and singer-songwriter. A flamboyant showman and electric guitarist in the style of T-Bone Walker, Johnny “Guitar” Watson recorded throughout the 1950s and 1960s with some success. His creative reinvention in the 1970s with disco and funk overtones, saw Watson produce several major hits.
He adopted his nickname in 1954 after seeing the Joan Crawford film Johnny Guitar. His ferocious "Space Guitar" album of that year pioneered guitar feedback and reverb. His song "Gangster of Love," released unsuccessfully in 1957, was later re-recorded and became a hit in 1978, becoming Watson's "most famous song".
In the 1960s he transformed himself from southern blues singer into urban soul singer. His albums Ain't That a Bitch (from which the successful singles "Superman Lover" and "I Need It" were taken) and Real Mother For Ya were landmark recordings of 1970s funk. He rapped on his 1980 song "Telephone Bill".
Watson’s 1994 album Bow Wow received a Grammy Award nomination. In 1995, he was given a Pioneer Award from the Rhythm & Blues Foundation. His music was sampled by Ice Cube, Snoop Dogg, Dr. Dre, Jay-Z and Mary J. Blige.
Watson died of a myocardial infarction on May 17, 1996, collapsing on stage while on tour in Yokohama, Japan.
Digitally remastered 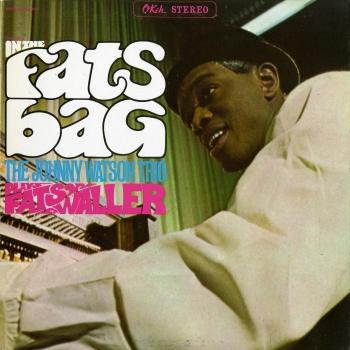