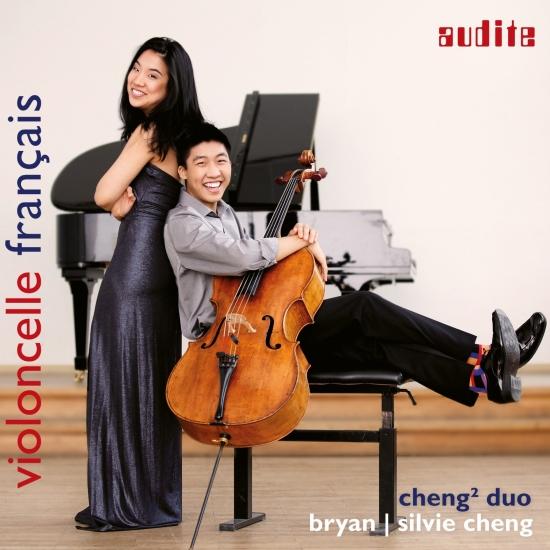 Duo à la française: The artists are young – audite’s youngest artists to date. Silvie and Bryan Cheng, sister and brother, were eigtheen and twenty-five years old respectively when this recording was made. She is a pianist, he a cellist, and this CD is their debut recording. They possess what nowadays is taken for granted in internationally performing soloists: perfect mastery of their instruments and the ability to tackle all technical challenges. This is a given with the Canadian duo, who also display an acute, individual and unpretentious sense of style whilst maintaining high standards not only in their performances but also in the design of their programmes. The fresh, youthful approach joins forces with a confident clarity typical of experienced performers.
For their first recording, the duo – who call themselves Cheng2 – present no less than a panorama of French chamber music written between 1870 and 1916. It grew out of two strands of tradition: from the salon culture on the one hand, where brilliant, memorable, artistic and moving pieces were particularly appreciated, and from the activities of chamber music societies on the other hand, who focused mainly on the works of Haydn, Mozart and Beethoven. Amongst the musical elite in Paris, the last composer was regarded as the measure of all things, both in orchestral and in chamber repertoire.
Silvie and Bryan Cheng have recorded sonatas as well as character pieces, thus combining the dominating genres of both musical lines. At the same time, the three major trends characterising French music during its transition from the nineteenth into the twentieth century (and prone to trenchant feuds and polemics) are represented here. Having overcome the painful consequences of a failed Wunderkind career, César Franck distinguished himself as a pioneer of the cyclical form which is developed logically and appears convincingly coherent: he regarded it as continuing Beethoven’s legacy. Camille Saint-Saëns found these aesthetics too narrow even though he recognisably emulated Robert Schumann in his larger-scale chamber works. Gabriel Fauré was not only his pupil but also became his life-long friend within whose family Saint-Saëns compensated for the breakdown of his own. Like his teacher, Fauré liked to use sonata form following Beethoven’s tradition for more extensive compositions, but as the former, he also cultivated the romantic-poetic genre of the character pieces. Saint-Saëns, whose multiple-movement instrumental works certainly reveal classical traits, ran his own salon which Fauré frequented regularly. The different trends – autonomous, elevated aspirations on one hand, sophisticated entertainment on the other – did not exist in strict isolation from one another in France: rather, the boundaries between them were blurred.
Bryan Cheng, cello
Silvie Cheng, piano 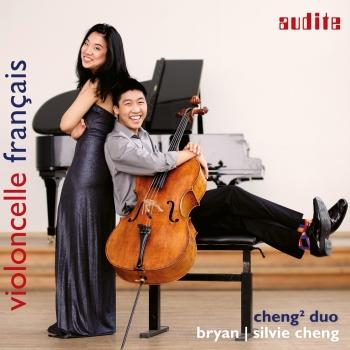 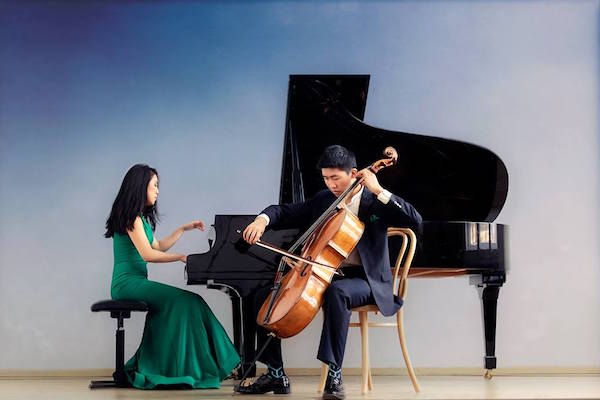 Cheng 2 Duo
Committed to bringing classical music to 21st-century audiences through innovative programming and engaging presentations, Canadian classical pianist and cellist Silvie and Bryan Cheng have been making music together for the past 13 years. In 2011, when they were called upon to replace an injured musician for a scheduled recital in Carnegie Hall’s Weill Recital Hall, they officially became known as Cheng² Duo, pronounced Cheng Squared Duo. The duo’s New York debut was met with an enthusiastic full-house audience, as well as critical acclaim. New York Concert Review wrote, “The New York recital debut of Bryan and Silvie Cheng was infused with a spirit of thoughtfulness and generosity. The obvious affection between the two siblings extends beyond the familial sphere into the audience, and most importantly, into the music itself". Following that concert, the Cheng² Duo was invited back to Weill Hall for a return recital in April 2013, which included the world premiere of a pair of new Canadian works written by the Juno award-winning composer Alexina Louie to another full house.
Named by CBC Music as one of 2015’s “30 hot Canadian classical musicians under 30”, the sibling duo is formed by 18-year-old cellist Bryan Cheng, a guest soloist with numerous orchestras since his debut at age 10 in Montreal with Yuli Turovsky and a prizewinner of several national music competitions, and pianist Silvie Cheng, a recent graduate from the Manhattan School of Music in New York with a Master’s Degree in Piano Performance, and the recipient of the Roy M. Rubinstein Award for “exceptional promise in piano performance”. The Cheng² Duo's wide-ranging repertoire for the cello and piano has brought them to present recitals in notable venues throughout North America (Canada and the US), Europe (Belgium, Italy, Holland, the Czech Republic), and Asia (China and South Korea). They have performed at the Aspen Music Festival, Trasimeno Music Festival, Orford Music Festival, Ottawa Chamberfest, Festival of the Sound, CAMMAC Festival, and Festival Pontiac Enchanté, and they have been featured several times on CBC Radio, as well as on Vermont Public Radio. The duo's Toronto recital debut, recorded live and broadcast in March 2015 on CBC Radio Two’s “In Concert” program, received this praise: "The Cheng² Duo digs deep under the virtuoso fireworks to find the inner life of each work in their varied repertoire. While they certainly display impeccable technique, there's much more to good music than that and this pair of artists have a great gift for coaxing the music off the page and into vivid life.”
Highlights of 2016 include debut recitals at the Cecilian Concert Series in Regina, SK, Pro Musica Series in Montreal, QC, Friends of Port Hope Music Series in Port Hope, ON, as well as a 13-city summer tour throughout mainland China and a two-week fall tour in Atlantic Canada as Debut Atlantic artists. Cheng² Duo will be releasing its debut album on the German classical label AUDITE in October 2016.
Bryan Cheng
made his debut in Montreal at the age of ten and has since been invited to perform as a soloist with numerous orchestras, at festivals and in recital. Having won several Canadian competitions and awards, including the 2016 National Arts Centre Orchestra Bursary Competition, he is now preparing to take part in many of the major international cello competitions. Having trained with Yuli Turovsky and Hans Jørgen Jensen at Northwestern University, Illinois, he is now studying with Jens Peter Maintz at the Universität der Künste in Berlin. As an avid chamber musician, Bryan Cheng has appeared in various formations ranging from the piano trio through to ensembles performing on traditional Chinese instruments. He also champions new music and has given several world premieres in Canada and the USA.
Silvie Cheng
made her orchestral debut in Ottawa in 2008, followed by her Carnegie Hall solo debut in Weill Recital Hall three years later. She has won numerous national and international piano competitions and given solo recitals as well as chamber music performances at major halls and festivals. She is a Nassau Chamber Music Society artist and the pianist of the sTem Trio. Silvie Cheng studied with Jeffrey Cohen, Michel Fournier and Nicole Presentey at the Manhattan School of Music and the Royal Conservatory of Music of Toronto. She rounded off her musical training in masterclasses with distinguished pianists including Menahem Pressler, Angela Hewitt and Christoph Eschenbach.