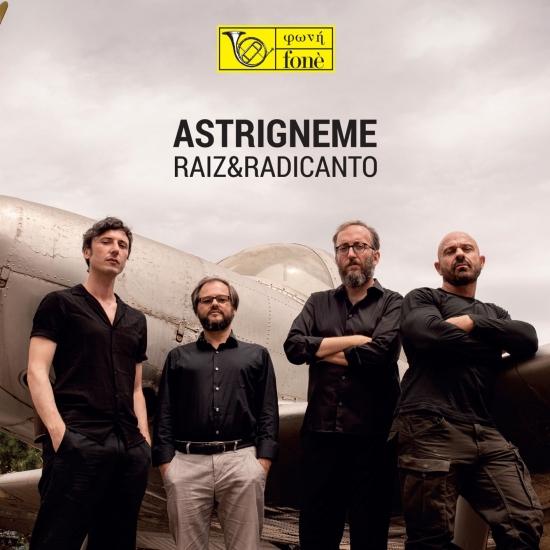 This album is part of the recordings I made for the concerts of the Piaggio fonè Music Festival 2021 edition. I made this recording at the Piaggio Auditorium located inside the famous Pontedera Museum, the place where Piaggio was born and where it still continues to produce today.
Inside the Museum every year the public from all over the world can admire the Piaggio production made over the years, all the Vespa and Ape models, all the Aprilia, Gilera and Moto Guzzi motorcycles that have won national and international awards over time.
For this recording I brought all my equipment both analog (Ampex ATR 102 Electronic Tube Ampex Model 351-1965, 2 tracks, 1/2 inch, 30ips modified by David Manley) and digital (Pyramix Recorder, dCS A / D and D / A converters).
As for the microphones I used my original collection of Neumann U47, U48, M49 in addition to the microphone preamp and Signoricci cables.
We use pairs of Neumann tube microphones from the years 1947 and 1949 (U47, U48 and M49) with a very natural tone using field effect bi-microphone techniques.
These microphones have an important history: they are in fact the original microphones used to record, among others, the Beatles performances in the Abbey Road Studio and by RCA for the “Living Stereo” recordings.
The sound I can capture with these legendary microphones is perfectly in line with my sonic taste. No other microphone has such a true timbre and the ability to record all the nuances of sound and all the richness of the harmonics.
The uniqueness of these microphones is linked to their ability to make a perfect "sound photograph" and to put the music perfectly placed in the sound space chosen for the recording.
This is because for each recording I have always made two Masters: an analog master for vinyls and a DSD digital master for SuperAudioCDs.
fonè has been offering for almost 40 years recordings made in the name of technological refinement and aimed at recovering the original musical atmospheres.
Also for this recording I used a "field effect" recording technique ... all this to make the listener relive the live effect in his home hifi system as if he had been present at the performance.
In a completely acoustic version, accompanied by his historical travel companions the Radicanto, the Neapolitan singer crosses the whole Mediterranean in a recital of author songs, demonstrating that, in music as in culture, there are precious bridges between the various peoples that overlook the sea Nostrum which are a heritage to be preserved.
The group offers imaginary Mediterranean, mestizo music, born from the meeting of Raiz (historical voice of Almamegretta) with Radicanto consolidated over the years with the realization of tours and record works, finalists of the Tenco Award and in the Top Ten of the World Music Chart of Europe..
Powerful and refined at the same time, the sound universe of the Neapolitan singer-songwriter's voice intertwines with the cadenced rhythms, the echoes of the strings, the skins and the papyri, of the Radicanto to slip like rivulets of a story that seems to never end. Sephardi cantigas, psalms, Neapolitan songs, tango, North African and Middle Eastern rhythms: languages and languages that chase each other, the Mediterranean as a pan-regional reality, without borders.
Among the songs played we find Astrigneme (G. Della Volpe, P.P. Polcari) who gives the title to the album, Cammina Cammina (P. Daniele) Era de maggio (J.Carreras, M.P.Costa) Jerusalem (Koné Seydou).......
Raiz, voice
Radicanto:
G. De Trizio, classical guitar, Portuguese guitar
A. La Volpe, electric guitar, oud
F. De Palma, percussion 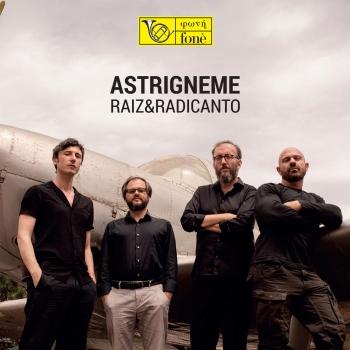 Raiz
was born in Naples, Italy and has become a popular singer in the Mediterranean music scene. He loves Mediterranean and reggae/dub music. Raiz is the lead vocalist for Almamegretta, an Italian collective of ethnodub/electronica music since its founding.
In 2002 Raiz started his solo career. Since then, he’s worked at WOP (Universal 2004), at “Uno” (Universal 2007) and “YA!”. He’s also recorded two albums with Ashes, the project by Eraldo Bernocchi / Bill Laswell. Raiz collaborated with the Venetian combo Laboratorio Novamusica on the album “Alphabet Music”, a meeting between contemporary music and Jewish music.
In 2011 I released the album “Casa” with the Bari band Radicanto. Raiz won the Tenco Prize in 2015 for the album “DagoRed” realized together with Fausto Mesolella, guitarist and producer for Avion Travel.
Raiz has collaborated with many artists during his solo career including Massive Attack, Leftfield, Pino Daniele, Adrian Sherwood, Gaudi, Eraldo Bernocchi, Bill Laswell, Stewart Copeland, Meditronica, Sum, Teresa De Sio, Luigi Cinque and Zion Train.
Raiz likes reading, writing and acting. From 2001 to 2005 Raiz was on tour with Cantieri Teatrali Koreja as an actor in their show “Brecht’s Dance” – original music by Kurt Weill revisited by me and Pier Paolo Polcari. Raiz stars as Moreno in the film by Ago Panini “Waiting for the Sun” – on movie screens since 2008. He also appears as Salvatore Vitiello in “Tatanka Scatenato” by Giuseppe Gagliardi and myself in the docufilm by John Turturro on the Neapolitan song “Passione”.
Radicanto
The cultural project Radicanto, formed as an association, was born by the will of Giuseppe De Trizio on June 30, 1996 with the intention of recovering and re-proposing in an original key the traditional music of southern Italy and the south of the world, leading them through compositions of authorship and sound miscellany capable of uniting past and present in a unique and iridescent musical whole.
In recent years, the ensemble has collaborated with some of the greatest exponents of Italian popular and singer-songwriter song such as Teresa De Sio and Raiz (former Almamegretta). But also with actor Dario Fo and writer Roberto Saviano.
Following the study carried out in the field in search of musical memories as well as an intense concert activity in the major Italian and European festivals of the sector, he frequents the path of theater (Piccolo Teatro di Bari company, Nuove Produzioni spettacolari, Piccola Ribalta company, Anonima Gr) and cinema (soundtrack of the film 'Mia figlia fa la madonna,' by director Nino Tropiano produced by the Dublin Film Academy in 2000; soundtrack to the film 'At dawn we will climb the mountain', 2002; original soundtrack to the film 'The house of women' (with over six million views on youtube) by director Domenico Mongelli, 2003; soundtrack to the film 'Dedications of a southern wayfarer... the verse of the north', Romeo Conte, 2003; soundtrack of the film 'Il tramite' 2004, produced by Rai and directed by Stefano Reali), participating in the soundtrack of the dance show 'Savor Mediterraneo' by choreographer Vittorio Biagi (2004).
In addition Radicanto has taken part in radio and TV programs and formats: 'Terre da Musica', Rai due, 'Stereonotte', Radio uno, 'La stanza della musica', Radio Tre, 'Notturno Italiano', Rai international, 'Tg3 Primo Piano', Rai tre, 'Linea Blu', Rai uno.
In 2006 the group is a finalist of the De Andrè Prize, in 2007 of the Musicultura Prize, in 2009, 2012 and 2016 of the Tenco Prize.
Since 2008, the Radicanto ass. has directed the music festival "Di Voce in Voce" with the contribution of the Municipality of Bari, the municipality of Bitonto, the Region of Puglia and the Chamber of Commerce of Bari.
In September 2012 and September 2014 they were included in the top ten of the prestigious World Music Chart of Europe.
In February 2014 together with Raiz they participate in the soundtrack of the Fiction aired on Rai Uno "L'oro di Scampia" with Beppe Fiorello and Anna Foglietta, directed by Marco Pontecorvo.
Abroad, Radicanto represented Italy at the "Lausanne Music Festival" in Switzerland (2005); at the "Italia Underground, festival of Italian cinema" in Romania (2008); at the "Festival of Mediterranean countries" at the Vittoriano in Rome, chosen by artistic director Vincenzo Mollica (2009); at the "Festival of Russian Art" in Moscow, Russia (2010); at the "Müpa Palace of Arts in Budapest" in Hungary; at the "Week of Italian Culture" in Szczecin, Poland (2016 and 2018), at the celebrations of the Italian Republic Day, guests of the Italian Institute of Culture in Tel Aviv and later in Jerusalem, Israel (2017).
In 2016, with their tenth CD "Memorie di sale" (produced with the support of Puglia Sounds), after an exciting tour, the release of the video clip of the song "A sud" which gets more than 70,000 hits, they are finalists for the third time of the Tenco Prize.