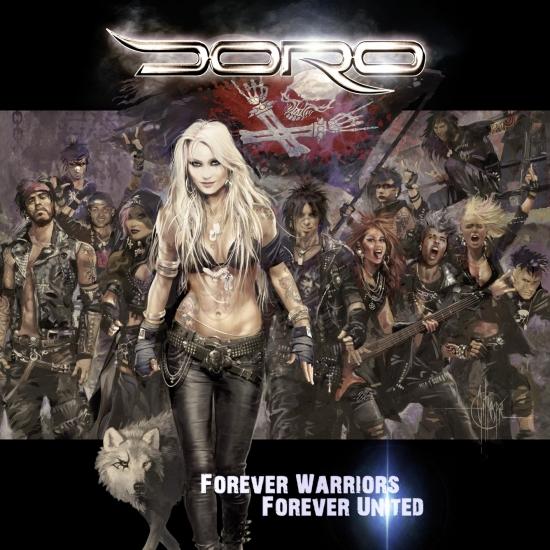 "Forever Warriors, Forever United", the new album from German metal queen Doro Pesch boasts 25 brand new Doro tracks. Speaking about the album, she says: "There are some big anthems on the album, countless heavy songs, as well as heart-warming melodies! The album is supposed to give you power and thus contains a lot of energy."
Doro explains: "I think the song 'All For Metal' is an anthem like 'All We Are' with some great guests singing, who are all friends of mine. It's an awesome live song and I hope you enjoy it because it's one of my favorite songs!"
"Forever United" takes a more sentimental turn, with lyrical topics covering friendship, love and companionship. Highlights include Doro's tribute to the late and great Lemmy.
"We've been touring a lot during the last years. We collected a lot of impressions and got to meet many amazing people. That inspired me enormously," explains Doro. "The songs and ideas simply bubble out of me. That process didn't even end while being in the studio. We had 50 song ideas in the beginning which turned into 14 concrete album tracks. Suddenly we had 20 songs, and, in the end, it was even 24. I also wanted to record 'Caruso' in the last recording week."
With "Forever Warriors, Forever United", Doro presents two new records, featuring 19 regular tracks and six bonus songs.
This unique songwriting marathon was based on "Living Life To The Fullest" back in January 2016. Says Doro: "I was flying to Lemmy's funeral when the track's melody and lyrics suddenly came to mind. Lemmy was always very important to me. Everything went quickly from this point. As soon as a song was constructed, I headed to the studio — between all those shows and tours — to capture the freshness and live energy of the new tracks."
The album cover artwork was once again created by Doro's favorite artist, Geoffrey Gillespie. It portrays Doro in the middle of a swarm of wild metal heads exuding attitude, power and positive vibes.
"The cover and the title form a perfect unit," Doro explains, "Just as it should be. It all fits perfectly in line with the songs, which also deal with some political themes."
The long-awaited follow-up to 2012's "Raise Your Fist" will be the German singer's first release since 2016's "Love's Gone To Hell" single.
Last year, Pesch celebrated the 30th anniversary of WARLOCK's "Triumph And Agony" album by performing the LP in its entirety at select shows around the globe.
Doro was joined on the "Triumph And Agony" 30th-anniversary tour by Bolan alongside bassist Nick Douglas, drummer Johnny Dee, guitarist Bas Maas and guitarist/keyboardist Luca Princiotta.
Doro 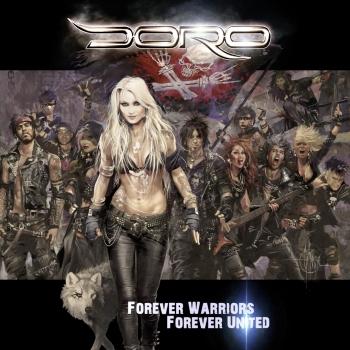 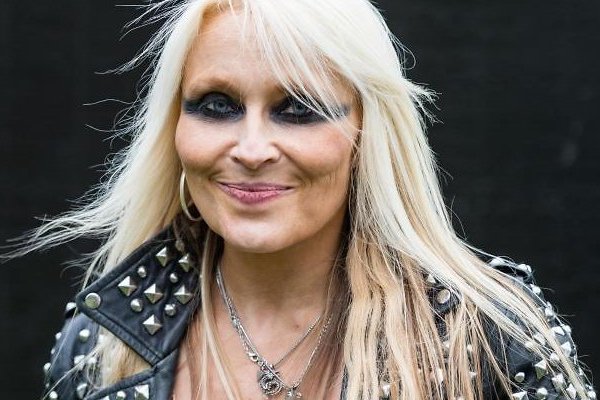