Gotta Get That Feeling / Racing In the Street ('78) [Live from The Carousel, Asbury Park] Bruce Springsteen & The E Street Band 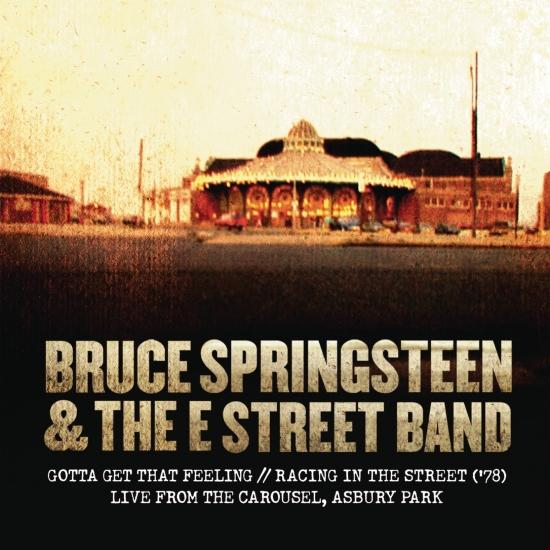 Info for Gotta Get That Feeling / Racing In the Street ('78) [Live from The Carousel, Asbury Park]

Live From the Carousel is a 2 song EP released on April 16, 2011 as a Record Store Day. It features live versions of 2 songs from The Promise. It was recorded at The Carousel in Asbury Park, New Jersey on December 7, 2010. It features some of the last performances by Clarence Clemons. Live From the Carousel is commonly considered to be an extended play (EP), but is technically the single of "Gotta Get That Feeling".
Bruce Springsteen, vocals, lead guitar, harmonica
Roy Bittan, piano, vocals
Clarence Clemons, saxophone, vocals
Charles Giordano, organ, glockenspiel
Garry Tallent, bass
Steve Van Zandt, rhythm guitar, vocals
Max Weinberg, drums
Digitally remastered

Bruce Springsteen
Bruce Springsteen's recording career spans more than thirty years, beginning with 1973's Columbia Records release 'Greetings from Asbury Park, NJ.' By 1975, the covers of both Time and Newsweek declared Springsteen's music a national phenomenon. He has released twenty-four albums, garnered nineteen Grammy Awards, won an Oscar (for 1994's "Streets of Philadelphia") and has been inducted into the Rock and Roll Hall of Fame. Springsteen's newest album 'Working On a Dream,' debuted at number one on the Billboard chart in 16 countries, including the U.S. He is a 2009 recipient of Kennedy Center Honors.
" class="ng-binding ng-scope">Bruce Springsteen